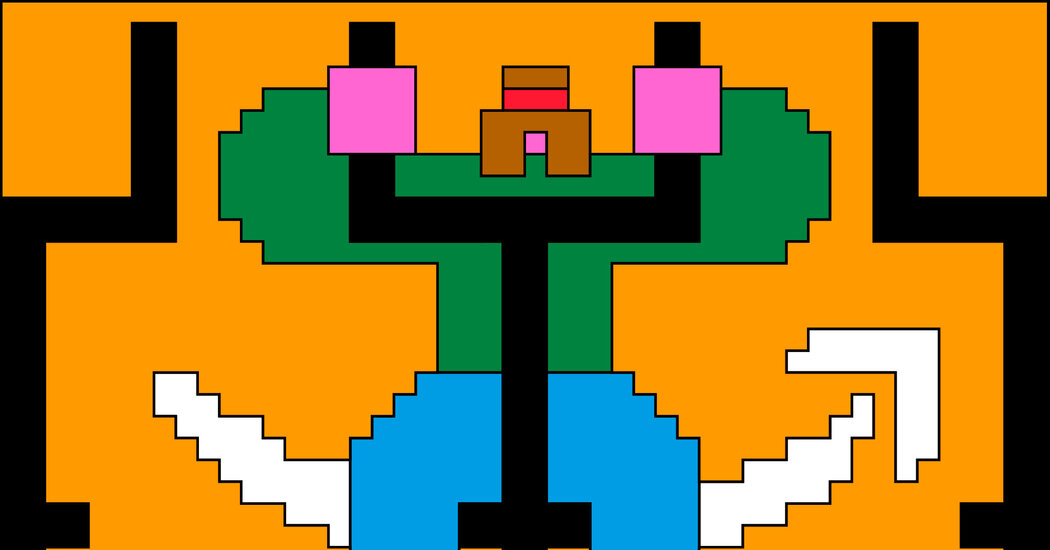 Earlier this summer, I bought an online mattress — in a boring, conventional store.

Let me explain why my personal transaction reveals the shrinking of a Silicon Valley dream.

One of the Big Ideas of the past decade in technology and shopping was that far more products would skip stores and instead sell their stuff directly to us online.

The thinking of upstarts like the sneaker company Allbirds, the eyeglass company Warby Parker, the mattress seller Casper and the cosmetics brand Glossier was that the old ways of making and selling products and finding customers should be imploded. They wanted to be able to control their own destiny and not share revenue with a retailer.

Companies in that category — the industry term is “direct to consumer” brands, but ugh to that term — often manufactured products in their own factories, used ads on Facebook or paid social media influencers to promote their products, interacted with their customers like they were friends and sold us stuff from their own websites.

We wouldn’t have a relationship with Cheerios (I think?), but people felt a connection to Dollar Shave Club or Fashion Nova, an online clothing company.

Tesla and the indoor fitness company Peloton fit this mold, too. Tesla makes cars in its own factories and it attracts customers through Elon Musk’s tweets, and people buy Teslas directly from the company. No Big Jim’s car dealership is needed. (More on Peloton in a minute.)

If this all seems completely normal to you, it’s because this Big Idea has changed our habits.

It’s now natural — particularly if you’re under 30 — to see a swimsuit worn by a prominent athlete you follow on Instagram and decide to buy it without ever seeing that one-piece in a store or knowing anything about the manufacturer. Phenomena like Instagram-famous cookware and the blockbuster Chinese fashion app Shein are signs that the direct-to-consumer idea has worked.

But perhaps only to a point. Let me go back to that mattress.

I walked into the furniture store Raymour & Flanigan, and was surprised that many of the mattresses in the showroom came from brands, like Casper and Purple, that had started with the premise of skipping stores.

I’ve told you before about the struggles of Casper and some other young companies that took too much of investors’ money, didn’t always spend it wisely and hit hard times. That is one reason Casper is willing to sell its products in more places where people are already shopping.

But this is not Casper’s problem alone. The reality of the Big Idea is that it is HARD and expensive to make mattresses, shoes, jeans or eyeglasses, and then persuade people to love them and buy them. And then buy them again.

It is only becoming more expensive to buy ads on what were once relatively affordable social media sites like Facebook. And straight talk: Do you really want to have feelings about your mattress brand? All of that work that goes into persuading customers to like a product and then find the product and buy the product, it’s exhausting.

Selling in stores is a shortcut. You don’t have to persuade people to go to Walmart, Amazon or a furniture store. They’re already there, and if not, it’s the retailer’s job to lure people inside.

Many of the young companies that started with the premise of skipping stores are now, like Casper, selling in stores — both ones they own and more strikingly, those of conventional retailers. Allbirds shoes are now sold in Nordstrom department stores, and the company said earlier this month that stores are its main source of growth in the United States.

Peloton said on Wednesday that it would sell its indoor bicycles and other fitness gear on Amazon in the United States. On Amazon?!?

Peloton wouldn’t be selling on Amazon if the company hadn’t struggled to manage the pandemic-related surge of indoor bike buying and then the inevitable comedown of demand. (Peloton on Thursday reported a $1.2 billion quarterly loss.) But the decision also shows that limiting your potential customer base to only those you can find directly has its challenges.

Allbirds sells only Allbirds shoes, but you can browse Nordstrom for a bunch of different brands, and buy a handbag, too. Just about every brand, including Oreos and Clorox, now wants to sell some of its products directly to shoppers. But come on. Do we want to go to 30 websites to buy everything we need? Isn’t it easier to drive to Costco or scroll through the Amazon app?

These product sellers born in the past decade have changed shopping and our minds. Casper has established an identity out of nowhere, to the point where it is compelling enough to stand out in a sea of mattresses in a furniture store. Peloton has created a name for itself that (maybe) can shine through Amazon’s vast mall.

Tip of the Week

How to limit personalized ads

Brian X. Chen, the consumer technology columnist for The New York Times, explains those iPhone pop-up alerts from apps that want to follow us around, and what you can do to limit companies snooping on you.

Apple made big waves last year when it introduced App Tracking Transparency. It’s basically a pop-up window that appears when you install a new iPhone app, asking for permission to track you and share your data with third parties so you see more relevant ads.

You might find those ads creepy. But even if you tap, “Ask App Not to Track,” app developers are finding other ways to watch what we do.

Here’s why, and two steps to limit the snooping if you prefer.

Apps and websites often collect oodles of information just from what you do on their sites and show ads based on that activity. If you follow a bunch of fashion brands on Instagram, you’ll likely see lots of clothing ads when scrolling through your feed. (This is called first-party tracking.)

To limit those personalized ads:

Ravi the red panda was on the lam after escaping from a zoo in Adelaide, Australia. It turned out that Ravi was found snoozing in a fig tree in a nearby park.

Read past On Tech columns here.

We want to hear from you. Tell us what you think of this newsletter and what else you’d like us to explore. You can reach us at ontech@nytimes.com.