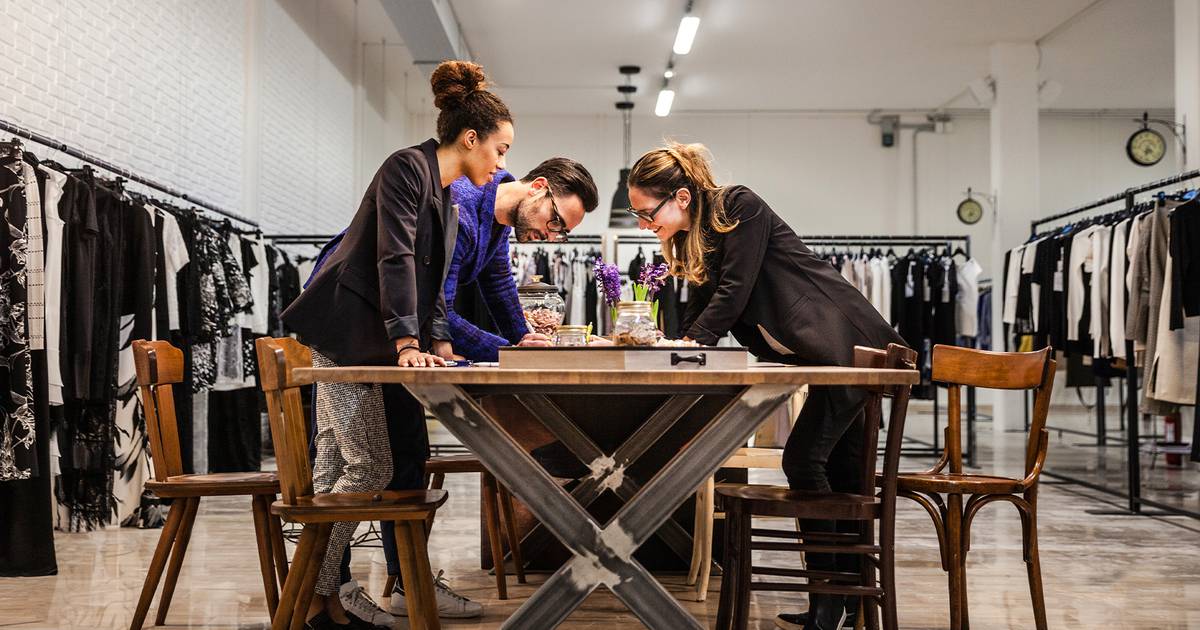 Discover the most relevant industry news and insights for fashion professionals working in retail, updated each month to enable you to excel in job interviews, promotion conversations or perform better in the workplace by increasing your market awareness and emulating market leaders.

BoF Careers distills business intelligence from across the breadth of our content — editorial briefings, newsletters, case studies, podcasts and events — to deliver key takeaways and learnings tailored to your job function, listed alongside a selection of the most exciting live jobs advertised by BoF Careers partners.

Companies can collect petabytes of data covering everything from weather to shopping activity that they hope will let them predict customers’ behaviour, identify trends or figure out what to stock — and where. [However,] no single data point is a silver bullet. The best decisions still come from robust data sets that present as complete a picture as possible.

Using AI, Levi’s realised the one-degree Celsius difference between Rome and Milan was enough to affect customer behaviour in those cities; Neiman Marcus [connects] customer data with sales data to discover what shoppers want but aren’t finding; [Mytheresa predicts customers’ lifetime value based on] a database of information such as which items shoppers look at, which emails they open and even which payment methods they use.

2. What Makes a Luxury Store Successful

“Luxury and premium brands created the original retail wonderlands,” said Jeremy Bergstein, a retail advisor. “But they must continue to update them and give shoppers a reason to visit.”

Best-in-class stores offer a multi-tiered experience that allows them to cater to both aspirants and VICs (or very important clients) in one place. Balenciaga’s new “Couture Store” concept — opening on the ground floor of its Paris salon just in time for the launch of its latest collection — will bridge this gap, offering consumers interested in couture access to limited-edition products created in the same ateliers as made-to-order designs. The goal is to reach potential couture customers, but also entertain the masses and introduce them to the concept.

3. What the Start-Ups That Avoided the DTC Crash Have in Common

Olaplex, the prestige hair care brand that went public the day after Warby Parker last September, built its business the old-fashioned way through salons and endorsements from celebrity hairstylists. Direct sales are the brand’s fastest-growing channel, but came after it already had a following, and alongside wholesale deals with Sephora and Ulta.

Sales matter, but where those sales happen, and how much it costs to generate them, matters too. Brands that operate like the industry’s incumbents — but with better products and smarter marketing — are thriving. They also have the luxury of borrowing the best of the DTC playbook while sidestepping the traps that have snared so many start-ups.

If a single image has come to define the failure of global supply chains amid the Covid-19 crisis it’s that of the Ever Given stuck in a diagonal death grip inside the Suez Canal, heavy with more than twenty thousand units of cargo destined for Western retailers. For almost a week, the ship jammed up worldwide shipping, halting nearly $10 billion in trade a day, before eventually being freed.

[The fragility of] most supply chains [today makes sense considering they] are merely a loosely connected set of individual companies, each with its own goals, data and resources, as well as an accepted share of the financial risk inherent in any supply chain. Parties forced to take on more risk will likewise similarly seek to off-load that risk to others in the chain. Soon, trust suffers, performance wanes, corners are cut and links in the chain grow weaker, subjecting everyone to greater risk, which often only becomes fully clear when a crisis hits.

Supply chain disruptions threw off the carefully managed distribution of brands such as Nike and Adidas, said Dylan Dittrich, author of the 2019 book “Sneakonomic Growth” and head of research at Altan Insights, a data and research provider focused on alternative assets, including sneakers. [Also] concerning is the sense of fatigue sneaker insiders say has spread among shoppers faced with too many releases that are too hard to get.

[Nevertheless,] analysts say the sneaker resale market’s best days are still ahead. Investment firm Cowen projects global sneaker resale will reach $30 billion in sales by 2030, up from $6 billion in 2020, as new customers multiply and average selling prices actually rise. It could mean that, while smaller businesses and some individual sellers find it harder to make money flipping shoes, resale’s biggest players are set to get even bigger.

6. J.Crew’s and Gap’s Comeback Playbooks Couldn’t Be More Different. Only One Is Working

Gap’s board of directors aren’t happy. Earlier this month, Sonia Syngal, the retailer’s chief executive under whom the Yeezy partnership was announced, exited the company abruptly. Balenciaga’s involvement is over as well, and there’s no word on what’s next for Yeezy Gap once the current collection sells through. Barring a dramatic shift in strategy — not impossible given the personalities involved — Gap has on its hands a successful but miniscule sub-brand, and is back to square one when it comes to rescuing the company itself.

Under chief executive Libby Wadle at J.Crew, on the other hand, the turnaround strategy from day one was rooted in the nuts and bolts of retail. Today, the entire offering feels unified in its vision. J.Crew was able to achieve this by hiring creative leaders who could tap into the current fashion moment and had a history of collaboration, rather than banking on the vision of one iconoclastic superstar. In its first quarter of 2022, J.Crew sales grew 25 percent.

7. What Happens When the E-Commerce Boom Ends

During the pandemic, retailers large and small built services designed to make shopping safe and efficient. Stores became mini-warehouses fulfilling and shipping online orders. Once-niche perks like the ability to buy an item online and pick it up in-store became commonplace. The ability to see on a brand’s website which products were available in which stores, once seen as a relatively sophisticated e-commerce tool, is now the norm.

For brands that pivoted to online sales in 2020, it’s not [easy to steer] investments and marketing dollars back to physical stores. People may be shopping in person again, but how they shop has been irrevocably altered by the last two years. Consumer needs have changed, whether they moved to a permanent work-from-home lifestyle or migrated from the city to the suburbs. They increasingly expect the convenience of click-to-order when they walk into stores.

8. Explainer — Why the Menswear Market Is on Fire

The menswear boom is driven largely by a fashion reset. The casualisation of menswear had begun far prior to the pandemic, but the new work-from-home lifestyle that emerged in 2020 has cemented new silhouettes that prioritise comfort.

Lower barriers to entry and the proliferation of social media created opportunities for new brands to launch. New luxury cult brands like Aimé Leon Dore have captured the zeitgeist of contemporary menswear, capitalising on trends like “blokecore” — a viral subculture that celebrates the style of middle-aged men, like wide-legged jeans, quilted cardigans, polo shirts and bucket hats. The blokecore hashtag has over 27 million views on TikTok.