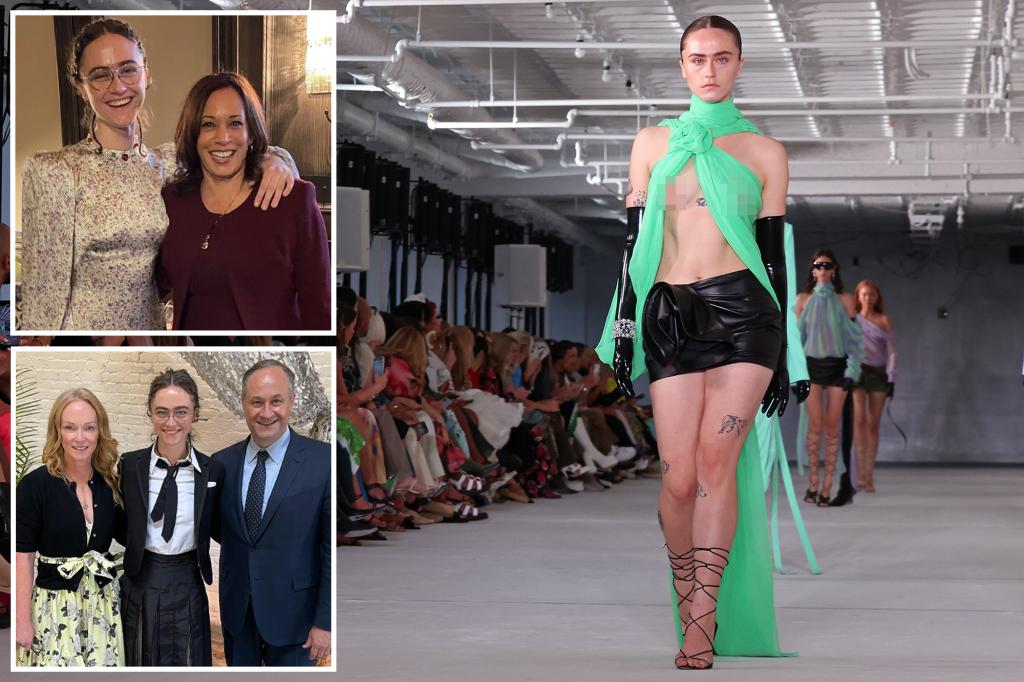 You’d have to be a real boob to wear this out!

The 23-year-old trendsetter strutted the runway for the Prabal Gurung show at UN Plaza on Saturday in a sheer green top — that left one of her breasts exposed.

The top, which wrapped around her neck, was paired with a black miniskirt and strappy sandals.

Emhoff, one of Second Gentleman Doug Emhoff’s two kids with his first wife, film producer Kerstin Emhoff, is a popular catwalker who signed with the modeling agency IMG in February 2021 and has strutted for many high-end brands.

She recently landed a gig with the British luxury fashion brand Mulberry, modeling in their campaign for the opening of a flagship New York City store. The promo included a mural of her face painted on a wall in Soho.

In addition to modeling, Emhoff is a grad of the New School’s Parsons School of Design who crafts her own quirky knitwear and occasionally sells it online.

She once described her fame to Elle Magazine as “just the wildest thing.”