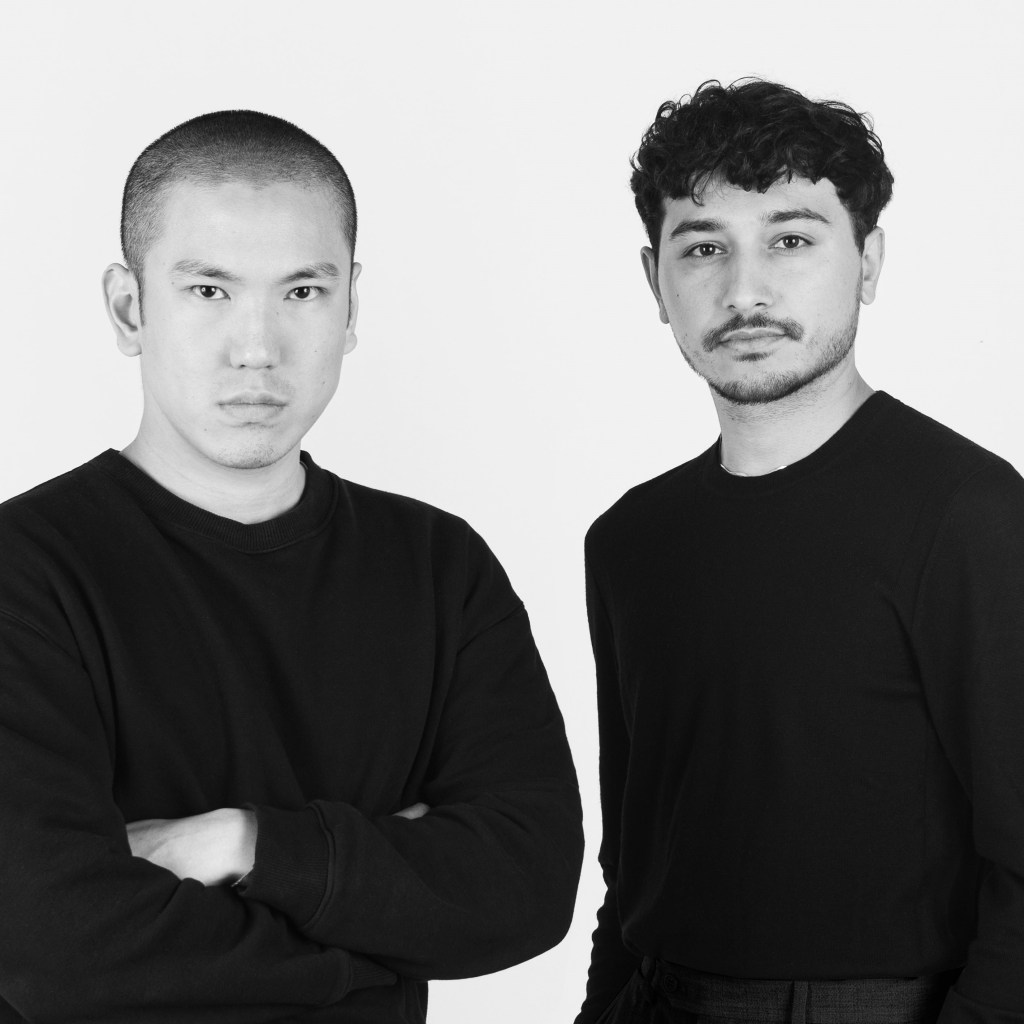 MILAN — Being endorsed by an established fashion house the size and reputation of Valentino comes with a generous dose of pressure.

Yet talking with Galib Gassanoff and Luca Lin — whose label Act N.1 has been selected by the Roman company as the emerging brand to support this season — it’s clear that what could be a source of anxiety is more like a healthy rush of adrenaline. Valentino will offer its Instagram platform to the designers for a livestream of the spring show, to be held in Milan on Thursday.

Reached by phone three days before the event, the design duo was running to fittings but kept their signature aplomb when discussing what the initiative means for the brand and what to expect from the upcoming collection.

“Compared to previous times there’s for sure more pressure, but one that encourages us to do even better and push ourselves even further in presenting a stronger collection,” Lin said.

As reported, Act N.1 will succeed Marco Rambaldi in getting the social media spotlight and the attention of Valentino’s 17.2 million followers during this edition of Milan Fashion Week. The initiative the Roman brand launched with Italy’s fashion chamber originally kicked off in February, when the first contact between Maison Valentino and Act N.1 was made, too.

“They got in touch three days before our previous show, when we were doing castings. So that was an injection of energy for that show as well because in our most hectic time, in the midst of work and sleepless nights, we received such news and were extremely happy,” recalled Lin.

When introducing the initiative last year, Maison Valentino’s creative director Pierpaolo Piccioli said the goal was to offer young designers the opportunity to use the brand’s social platform “as a stage to broaden their work and message” and that talents “whose sensitivity resonates with our core identity values” would be approached.

Established in 2016, Act N.1 stands for inclusivity and a personal, multicultural take on fashion, with its collections mixing a flair for deconstructed tailoring, theatricality and stylistic influences hailing from the founders’ own origins, as Lin is half Chinese and Gassanoff was born in Azerbaijan but grew up in Georgia.

The spring 2023 collection will continue to build on these pillars, with Gassanoff stressing that the creative process proceeded as usual. The house of Valentino “gave us complete freedom to express ourselves and no limits whatsoever,” he explained.

“Because that’s the whole point: Pierpaolo picked us for the work we do and what we present, so it was important to maintain this freedom,” echoed Lin.

At the time of the announcement, Piccioli described the duo’s work as “light and profound as the gaze of every young designer should be and perhaps as the one of all of us should be.”

Freedom and self-expression are at the core of the message Act N.1 aims to spread. The brand has investigated different social themes in its collections through the years, from raising awareness around women’s rights to spotlighting minorities and subcultures.

“At the beginning, we were a little bit afraid of touching these topics in the way we’re doing now, as we were concerned about how these would have been perceived,” Lin said. “But now we’re way more confident in pursuing our path.”

For spring 2023, the duo will explore the different characters within each person “because everyone wears sort of masks depending on different occasions,” said Lin, adding that the historic tradition of Chinese opera will be referenced in this investigation and, more pragmatically, it will be nodded to in key prints and cuts that will appear on clothes.

Their experimental approach frequently results in hybrid styles patching different pieces in one, a juxtaposition of masculine and feminine elements and a play on deconstructed silhouettes.

“There will be patchworks and styling tricks in this collection, too, via frayed denim patches, and an exaggeration of the military theme on jeans and tulle, which is one of our core fabrics,” Gassanoff said.

Indeed, the brand is best known for its dramatic, maximalist tulle pieces and their cross-pollination with tailoring and Gassanoff assured this collection will have its fair share of those as the designers are applying the finishing touches to “structural pieces and looks in different volumes,” set to show off their skills.

This season, the duo will introduce its first women’s footwear collection, after a few co-branding experiments. These will include flats and mainly high-heeled styles “with a particular, very graphic shape” and reprising “some elements that we use a lot in our collections,” said Lin, declining to reveal more.

A collaboration with Casio will debut on the runway as well, with the Japanese brand’s watches appearing on some pieces. Along with the rest of the looks, these will parade in a basic set-up, intended to let the clothes shine, while some props will pop up here and there to mimic the feeling of being backstage.

As for the casting, since the beginning of their fashion journey Gassanoff and Lin have promoted inclusivity, sending down the runway different body types and models spanning from mature women to small children. This approach makes for another value shared with Maison Valentino.

“In the past few years, we have forged ties with different people that were also linked to the Valentino story,” observed Gassanoff, citing model Elisabetta Dessy as an example.

“She was a Valentino model in the 1970s and we’ve been working with her for the past three years, when she was not modeling any more,” Gassanoff recalled. “We loved the idea of having her in our cast and really like her personality, the character she gives to our shows and videos. It was like a rediscovery for us. And then we found out the historic bond she has with Valentino and the personal one with Pierpaolo only recently, after the brand’s last couture show in Rome.”

Debuting at Milan Fashion Week in 2018 with the spring 2019 collection, Act N.1 has been part of the city’s schedule ever since, presenting collections both via physical runway shows and conceptual digital formats during the pandemic.

Italy’s fashion association has also been supporting the brand, which two years in a row received grants from the Camera Moda Fashion Trust, the nonprofit organization established in 2017 to help young Italian talents develop their businesses with financial aid, as well as business mentoring programs and tutoring.

Act N.1 is available via international stockists including Selfridges in London, Harvey Nichols in Hong Kong, as well as Sita 1910, Ant/Dote and Forty Five Ten in the U.S. Asia represents a strong market with more than 20 retailers in mainland China.