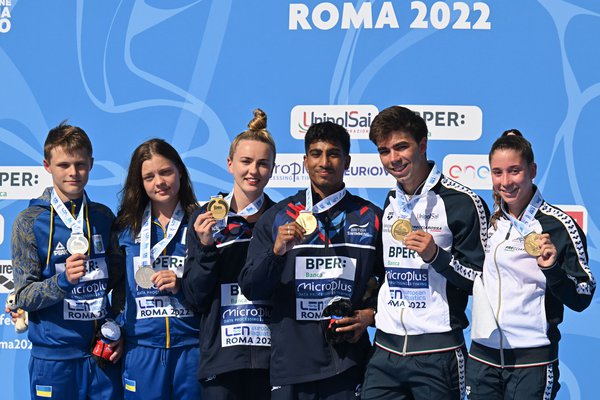 “It’s a bit of a shock to be fair, I knew we’d do well but
coming away with a gold especially when we’re still new together – it’s gone
perfectly to be honest.” said Kothari,

“It was at the Commonwealth’s we were told we were doing it,
we had the benefit of actually doing quite a few sessions there before we
competed together there and had a good competition. It meant that coming here
with some of the slim 5m boards not ideal for training lead up, that prior preparation
did give us a bit of an advantage.”

“I’m pretty over the moon to be honest, European Champion
sounds pretty good doesn’t it? We were always aiming for a medal and knew there
would be tough competition, but to put that last dive in and come away with
gold is great.”

Elsewhere Yasmin Harper led the British interest in the
Women’s 1m Springboard, rounding out the final in sixth place.

The Sheffield Diving Club athlete showed a good level of
consistency across her list, across both the midday prelims and in the
afternoon final, with her best coming with identical scoring Front 2 ½
Somersault Tuck (105B) efforts for 50.70 points in the fifth round of both
stages of the competition.