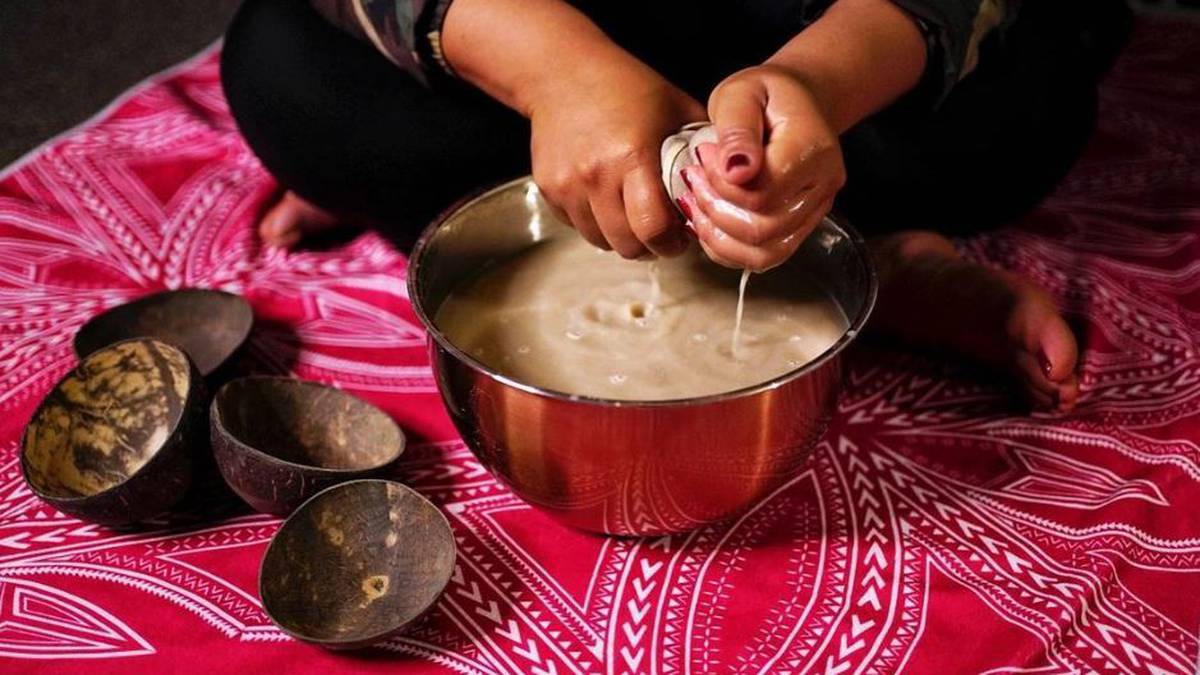 A unique event will see a panel of NZ fashion insiders discussing the industry over kava. Photo / Four Shells Kava

Young Pasifika fashion designers are in for a unique experience that will see some of the Kiwi industry’s finest speaking about all things fashion – while also highlighting the ancient drink of kava.

The Vaka Teu: Future of Aotearoa Fashion event will bring together a panel of fashion insiders offering a glimpse into the industry, its history in New Zealand and what they expect for the future.

“We will kōrero about fashion career pathways and delve deeper into the industry’s supply and clothing manufacturers to help connect our aspiring Pacific designers with leading industry people,” organisers said.

Co-organiser ‘Anau Mesui-Henry collaborated with Fifita to organise the event as part of celebrations for Tongan Language Week, which wraps up today.

“It’s a way of bringing Tongan Language Week into the city too,” she said.

It is also a rare chance for local and up-and-coming designers – in particular, Pacific designers – to see and hear from a panel of leading Pasifika and non-Pasifika designers at the same time.

Chatting about fashion over a coconut shell of kava

The event is being held tonight at the Four Shells Kava Lounge at Victoria Park Market, in downtown Auckland, and which offers yet another unique aspect to the talanoa (discussion) event.

Mesui-Henry and her husband Todd opened their shop three years ago in a bid to introduce the Pacific region’s ancient drink – kava – to more of the New Zealand community.

Kava – also known as ava or awa in different parts of the Pacific region – is a traditional drink made from the root of a kava plant and used at ceremonial events and engagements in island nations.

But it is also used in social settings and particularly in Tonga, where it is not unusual for men to come together to enjoy cups of kava while singing and talking throughout the night.

Mesui-Henry acknowledged the special quality of having kava in this way.

“When you taste the earth, you are connected to your whenua and you think back about the past. You are reminded of your roots,” she said.

“Some people taste it and think: ‘Oh kava’s disgusting’.

“But it’s really a beautiful drink. There are deep meanings connected to kava – it’s a facilitator of discussions.”

Mesui-Henry’s parents, Sione ‘Atia’i and Neanisi Mesui, raised their seven children by planting, growing, processing and then selling kava to help put food on their table and keep the bills paid.

The family migrated to New Zealand in the early 1980s, but continued to travel back and forth to Tonga – when the airfares allowed – making the kava in Tonga and bringing it back to Aotearoa to sell out of their house in Māngere, South Auckland.

Mesui-Henry spoke of her father’s sacrifice and still remembers the kava-pounding machine her father used for many years and which ultimately kept their family afloat.

“That’s how we survived. Much of who I am is because of him – I grew up looking up to him, my Dad.”

Mesui-Henry acknowledged that tonight’s event – which will include Tongan dance and performance, food and music – would bring together the fashion and western world with the Pacific.