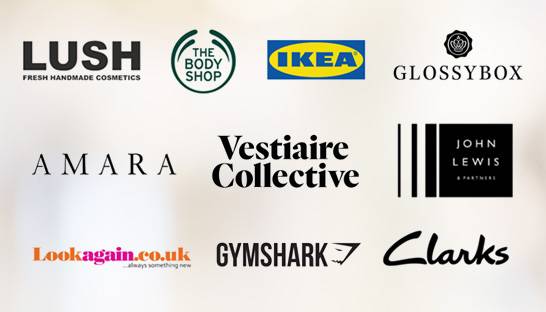 Research among 40,000 consumers has revealed the 10 most sustainable retailers in the UK. The list shows a change in the attitudes of mainstream businesses, as while intrinsically ‘green’ brands topped the pile, they were joined by a number of non-specialist retailers.

With consumers more concerned than ever by the impact products have on the environment, companies are beginning to feel the pinch of sustainable-focused consumption. Studies suggest that 35% of UK consumers, representing £150 billion of retail spend, are now actively avoiding brands they understand are damaging the environment.

Now, a new report from OC&C Strategy Consultants has identified the 10 firms which are leading the way in courting this expanding demand for sustainability. Around 40,000 consumers were polled, and rated the retailers they had shopped with on the strength of their overall proposition, and then to score the key elements of that proposition.

1. LUSH
Initially founded in Britain in 1995, by Mark Constantine, a trichologist specialising in scalp health, his wife Mo Constantine and five other founders, Lush has since grown to 951 stores in 49 nations. It produces and sells creams, soaps, shampoos, shower gels, lotions, moisturisers, scrubs, masks, and other cosmetics for the face and hair. It uses what it states are only vegetarian recipes, and 85% are also vegan. LUSH is not afraid to take on social causes, either, having set out campaigns against fox hunting, oil drilling and police abuse in its stores.

2. The Body Shop
Launched in 1976 by Anita Roddick, the London-headquartered firm today boasts a range of 1,000 products sold in around 3,000 stores in 65 countries. The Body Shop carries a wide range of products for the body, face, hair and home, and suggests its products are “inspired by nature”, while featuring ingredients such as marula oil and sesame seed oil sourced through a Community Trade programme. The Body Shop has long-held aims of social activism as part of its business practices, featuring posters in its stores and sponsoring local charity and community events.

3. IKEA
Started in Sweden in 1943 by Ingvar Kamprad, IKEA has been the world’s largest furniture retailer since 2008. The multinational conglomerate designs and sells ready-to-assemble furniture, kitchen appliances and home accessories, among other goods and home services. It sells goods from 473 stores in 64 markets, and contends that it has been a pioneering force in sustainable approaches to mass consumer culture. This includes its claims of using 99.5% recycled or FSC-certified wood, as well as its famous flat-pack style itself – which allows more of its products to be shipped at once, as well as to be dismantled or recycled.

4. Glossybox
Founded in Berlin in 2011, GLOSSYBOX is a global purveyor of luxury beauty samples. As well as cutting down on excess packaging “where possible”, the company promotes 100% of its boxes and packaging as “now recyclable”. Meanwhile, its skincare collection is “100% cruelty free and sustainably sourced”.

5. Amara
Launched in Essex in 2005, AMARA is retailer for global fans of luxury and designer homeware in over 100 countries. Featuring 300 of the world’s leading home brands, including Versace Home, Ralph Lauren, and Fornasetti, it offers something for every style and taste. That portfolio is not inherently sustainability-conscious, however the firm is moving to ensure products have a longer life, highlighting reselling initiatives, and increasing its sustainable brand portfolio, as well as by contributing to charities.

6. Vestiaire Collective
Vestiaire was founded in 2009 and is headquartered in Paris with offices in Tourcoing, London, Berlin, New York, Hong Kong, Singapore, Lisbon, Seoul. A certified B Corporation, the company is now a leading global online marketplace for desirable pre-loved fashion, curating an online platform of 23 million highly engaged buyers and sellers, and rare inventory of 5 million items including 20,000 daily new-ins. With online marketplaces set to overtake direct online distribution channels by 2025 in categories such as clothing, it is only a matter of time before other fashion resale sites infiltrate the market.

7. John Lewis
The first John Lewis store was opened in 1864 in Oxford Street, London, and there are now 35 stores throughout Great Britain. The department store sells everything from electronics to own-brand furniture, food and clothing. The company has published an extensive sustainability strategy on its website, including responsible sourcing of raw materials and ingredients, and ensuring the circularity of products to eradicate waste.

9. Gymshark
Gymshark is a British fitness apparel and accessories brand, manufacturer and retailer headquartered in Solihull, England. Founded in 2012, by 2020 the firm was valued at over £1 billion. The company does not operate any permanent physical retail stores, but has experimented with pop-up shops. The firm encourages the recycling of all its products via a local textile recycling bank. The company also boasts an entirely vegan product range.

10. Clarks
A historic shoe manufacturer and retailer, Clarks was founded in 1825 and has 1,400 branded stores and franchises around the world, as well as selling through third-party distribution. As the firm looks to reposition itself for the modern demands of sustainable consumers, it has started producing recyclable shoes, and fully-circular collections such as its Origin range.

It is worth noting that because a company is perceived as ‘sustainable’ by consumers does not necessarily make it so. With the term ‘greenwashing’ becoming synonymous with many companies’ half-hearted attempts at looking more eco-friendly, talking the talk rarely amounts to walking the walk.

Simply using the Good on You app, which cross-examines fashion companies according to their environmental, social and governance commitments, it becomes apparent that the situation is more complicated than the top 10 suggests. John Lewis is rated as ‘not good enough’, as it “uses few eco-friendly materials”, while Clarks receives the same rating as there is apparently “no evidence it has set a greenhouse gas emissions reduction target”. Similarly, Gymshark is criticised as “there is no evidence it minimises textile waste”, or that it has emissions goals of its own.

IKEA has also been implicated in environmental criticism. Reports featured in the UK newspaper The Independent found the brand had been using unsustainable and most likely illegal logging of old-growth and protected forests in multiple Eastern European countries in recent years. Meanwhile, EthicalConsumer.com finds that LUSH, which is perceived as the most sustainable brand by UK consumers, has also been caught out before. The site states that following “reports of child and forced labour in mica supply chains, Lush stopped using the mineral in its products and started using synthetic mica, made from natural minerals” before noting that in 2019, Lush received Ethical Consumer’s worst rating for Supply Chain Management.