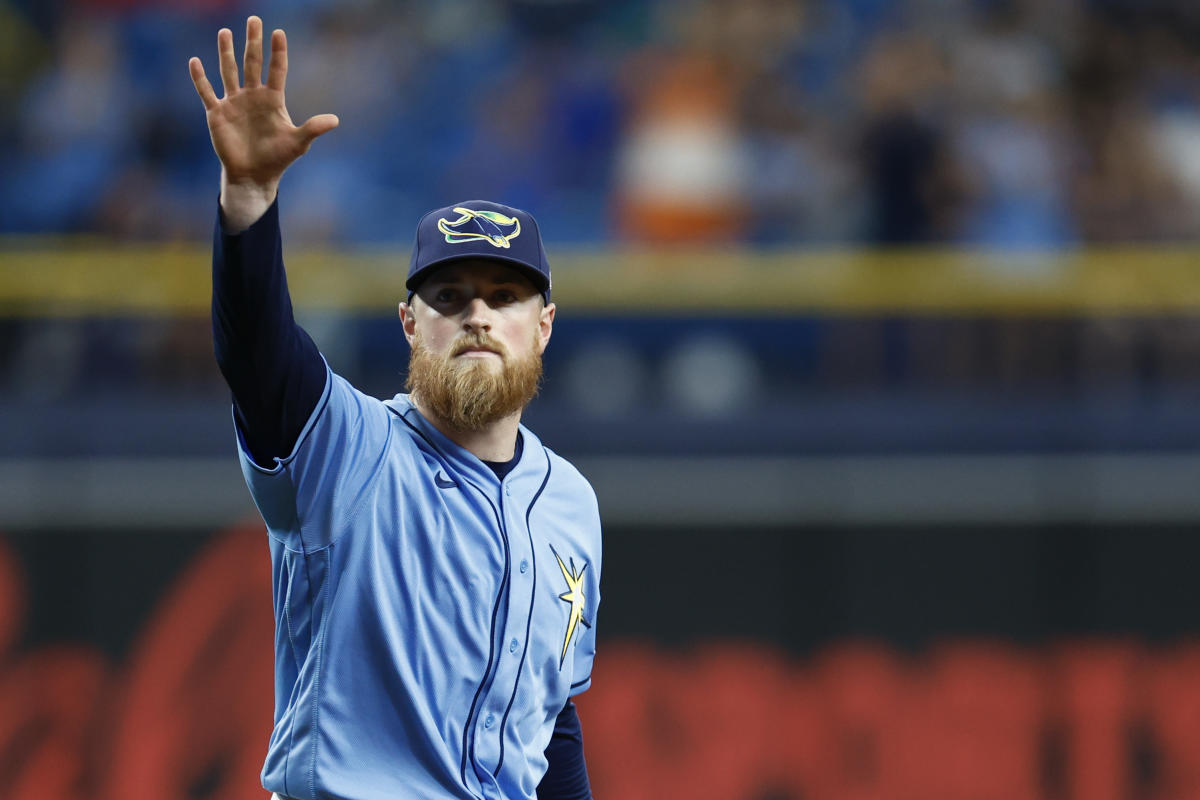 On a quiet August Sunday afternoon, in front of a more-than-half-empty stadium, throwing for one unremarkable team against another, Drew Rasmussen nearly achieved history.

Unless you’re a Tampa Bay Rays fan, or a really devoted Milwaukee Brewers fan, you probably have no idea who Drew Rasmussen is. Drafted in 2018, he made his major-league debut in 2020 for Milwaukee and got dealt to Tampa Bay early last season. He threw well enough to earn a spot in the Rays rotation, but never even reaching the eighth inning of a start prior to yesterday. And then he nearly pulled off something that no MLB pitcher — not Max Scherzer, not Justin Verlander, not Shohei Ohtani or Clayton Kershaw, nobody — has done in 10 years.

Rasmussen took a perfect game into the ninth inning. In a game of positioning with the final AL Wild Card spot at stake, Rasmussen faced 24 Orioles through eight innings, and set down all 24 of them, one after the other. He was dealing; he’d thrown just 79 pitches, and only reached ball three on two batters, both in the second inning.

And then, in one of those wrenching moments that make sports so glorious and so heartbreaking, he served up his first pitch of the ninth inning, an 86-mph cutter, only to watch Baltimore’s Jorge Mateo rip it down the left-field line. Just like that, the perfect game was gone. Rasmussen would go on to get the win, and the Rays now have a crucial series win against Baltimore in the wild card battle, but the chance for immortality vanished.

“I mean, I’ll take it,’’ Rasmussen said after the game, per the Tampa Bay Times. “Eight perfect (innings). It helps our team’s chance of winning. I wouldn’t say it was disappointing. I came that close. Very few can say they’ve done that.’’

He’s right. There have been nearly 235,000 baseball games played at the major-league level since 1876 … and only 23 perfect games. They arrive out of nowhere, and rarely from the pitchers you’d expect. Greg Maddux never threw one. Nor did Roger Clemens, or Tom Seaver, or Nolan Ryan. You know who has? Guys like Philip Humber and Tom Browning and Len Barker, pitchers who had everything working in perfect harmony for nine magical innings for one single day of their careers.

No one in the majors has thrown a perfect game since Aug. 15, 2012, when Félix Hernández did it for the Mariners. Rasmussen might never get this close to perfection again — but then again, given the fact that he did throw a perfect game in college for Oregon State, you never know.

What’s maddening is how many perfect games seem to end, like Rasmussen’s, in the ninth inning, with glory in sight but not yet achieved. Last year, the White Sox’ Carlos Rodón lost perfection in the ninth when he hit a Cleveland batter in the foot. In 2015, Scherzer, then with Washington, plunked a batter with two outs in the ninth. Texas’ Yu Darvish set down 26 batters before the 27th rolled a hit right back up through the middle. And in one of the worst officiating atrocities in sports, Detroit’s Armando Galarraga lost a perfect game when an umpire incorrectly ruled a runner safe at first with two men out in the ninth. In all, 13 would-be perfect games have been spoiled by the 27th batter.

Baseball’s the worst of all sports at getting hung up on its own mythology, the whole “Field of Dreams” treacle and nostalgia for bygone good ol’ days always threatening to outshine the players and games of today. But in moments like this, when someone rises up to touch immortality, there really is something to all that “Baseball Is Life” jazz.

On any given day, you might just achieve perfection. And if you don’t, you get up the next day and start throwing again. Because you never know what might happen then, either.

This story was adapted from Read & React, Yahoo Sports’ morning newsletter. To subscribe and get the newsletter delivered free to your inbox every morning, click here.