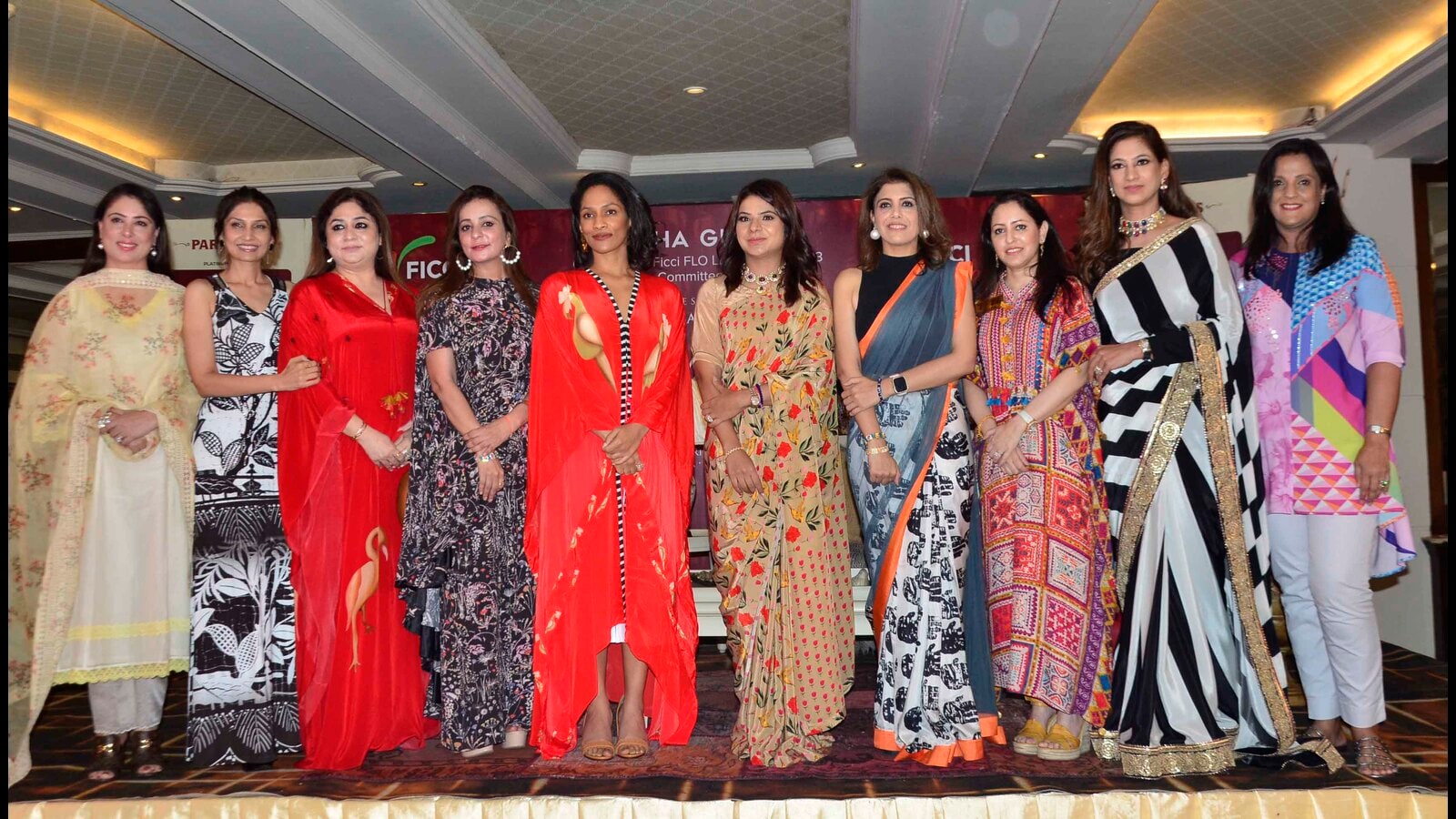 Celebrity fashion designer and actor Masaba Gupta on Saturday said that social media is the most powerful tool in today’s era, especially when it comes to women becoming financially independent.

Masaba, who has 1.7 million followers on Instagram, was in Ludhiana to interact with women entrepreneurs of Federation of Indian Chamber and Commerce Ladies Organisation (FICCIFLO). She was warmly welcomed by Neha Gupta, chairperson of FICCIFLO, along with other executive members.

“Women can promote their businesses on social media and take them to new heights,” said Masaba.

Gupta, who made her acting debut with the Netflix series “Masaba Masaba”, season 2 of which released recently, said the key to making your brand stand out lies in creating unique aesthetics and focusing on content creation.

Daughter of West Indies cricketer Vivian Richards and National Award-winning actor Neena Gupta, Masaba, who has her own fashion label “House of Masaba”, played the lead role as herself along with her mother in the biographical drama based on her life. Talking about switching from fashion designing to acting, she said “ The decision had to be taken very carefully, as I did not want to confuse my real life with fiction, while my mother was ready even before me.”

She said that arrival of OTT platforms has enabled discussion around many important issues that are still considered taboo in society. “Mental health, body shaming, marital and career choices by women are issues that are finding more space and appeal in the OTT industry,” said the actor, who has also starred in the web series Modern Love: Mumbai on Amazon Prime.

Talking about the reason behind naming her new cosmetics brand “Love Child”, she said that the word has been used for her with a negative connotation throughout her life, as her father and mother did not get married to each other. “I faced a lot of problems while growing up for being a love child. But now, by naming my brand the same, I have decided to build a positive feeling around the term,” she said.

Answering a question about women-led narratives in OTT, she said her series has an all-women writers’ team and is even directed by a woman. “I believe that women should never get dependent on men and through our series, we have tried to capture real-life issues faced by modern women,” she added.