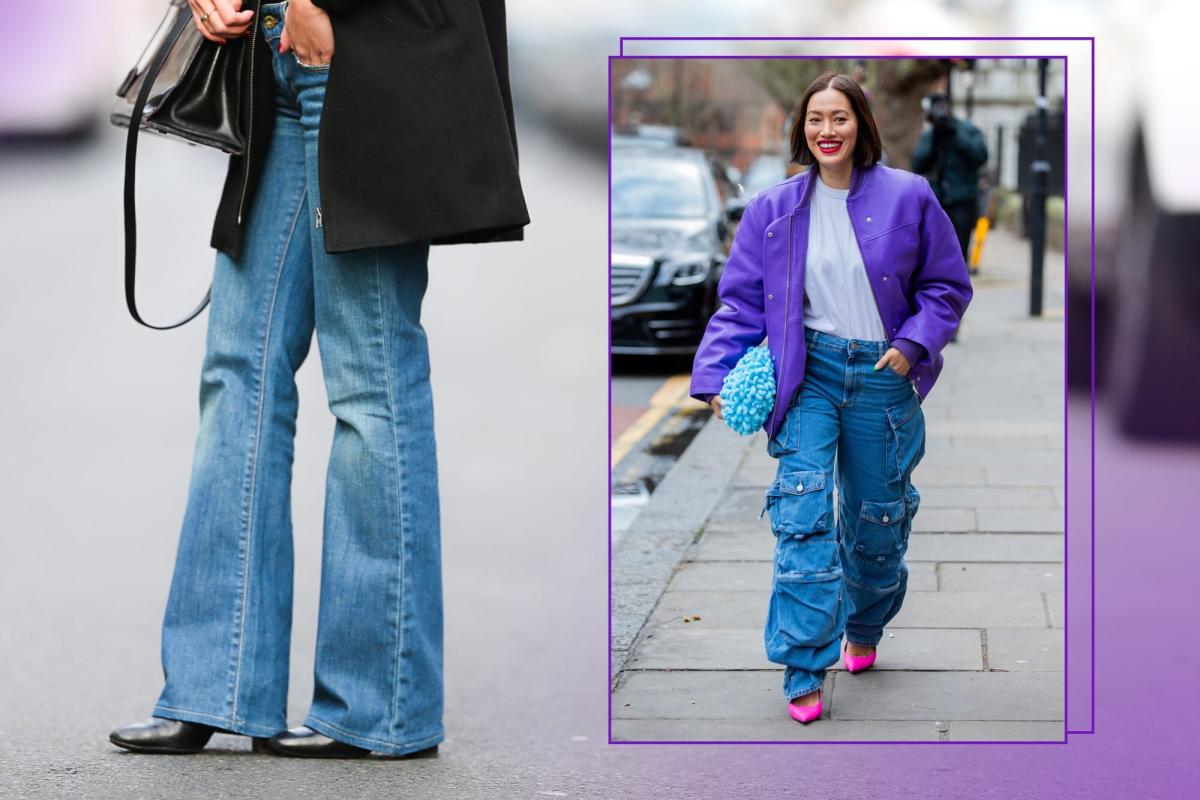 In 2022, it can be pretty hard to keep up with current fashion trends. It used to be that what was considered “in” versus “out” changed seasonally or even yearly. These days, however, what’s hot can potentially cool over the span of a few weeks.

Specific clothing categories experience a quicker turnaround than others, though. Take jeans trends, for example. Remember when Gen-Z declared skinny jeans uncool? Yeah, well, pairs of the millennial-beloved bottom are seeing a resurgence. And, according to data collected by Dia & Co., they’re not the only old-school style of denim making its way back into our closets.

RELATED: These 3 Tricks for How to Fold Jeans Have Been a Game Changer For My Pants Drawer

To get to the bottom (pun fully intended) of which jeans styles are trending, the personal styling and plus-size clothing brand has been keeping tabs on Google search data. For the past year, researchers have been taking note of all the styles and silhouettes shoppers across the United States are browsing for. According to their findings, America has its favorites, but so does each state.

Ahead, we’re breaking down Dia & Co.’s takeaways, from what styles of jeans are trending across the country to which rise is actually on the rise.

Per Dia & Co.’s statistics, the three trendiest styles of jeans in the United States are cargo jeans, baggy jeans, and bootcut jeans, while the three most popular fits are straight-leg jeans, mom jeans, and flare jeans. The common thread between the lot: a relaxed yet simultaneously exaggerated aesthetic. Clearly, comfort is still key in a post-pandemic world. (Just ask Priyanka Chopra.)

But while the country as a whole is still leaning toward denim that fits and caters to the wearer (not the other way around), the shopper’s geographical location also reflects in their denim preferences. For example, Dia & Co.’s data analysis shows that Southern states are gravitating towards cargo and flares — looser, breezier options that are more wearable in the Southern heat. What’s more, shoppers on the West Coast who emit a laid-back vibe are opting for baggier styles, while Western America is, unsurprisingly, digging bootcuts.

RELATED: How to Make Your Favorite Summer Staples Work for the Fall

Low-rise Isn’t For Everyone

You may have heard the rumors that low-rise jeans are having a (quite unfortunate) renaissance, but that’s only the case in certain parts of the country.

According to Dia & Co.’s data review, low-rise jeans are having a moment in New York, California, Maine, Arizona, and West Virginia. High-rise jeans have also gained traction in The Big Apple and Sunshine State, as well as Vermont, South Dakota, and Washington D.C. Oftentimes, it’s these two extremes that make headlines, however, the results of Dia & Co’s analysis show mid-rise jeans (a personal favorite) are still being spotted across New York, New Jersey, Maine, Arizona, and West Virginia.

Dia & Co. reported that, in general, Americans prefer light wash denim over dark wash. However, having done a deep-dive on which wash is most popular among specific regions, the brand found that southern shoppers prefer light washes, while those on the coast tend to gravitate towards darker hues.

RELATED: 10 Outfit Ideas That Will Change the Way You Look at Jean Jackets Forever

Lastly, Jeans Aren’t The Only Denim In Demand

While jeans are a universal closet staple, America is interested in denim beyond the signature bottom.

Unsurprisingly, denim shorts are in demand as summer is still in swing, but in addition to the seasonal staple, shoppers are searching for denim-on-denim outfits, denim jackets (a must-have piece for summer-to-fall transitions), denim dresses, and denim overalls.