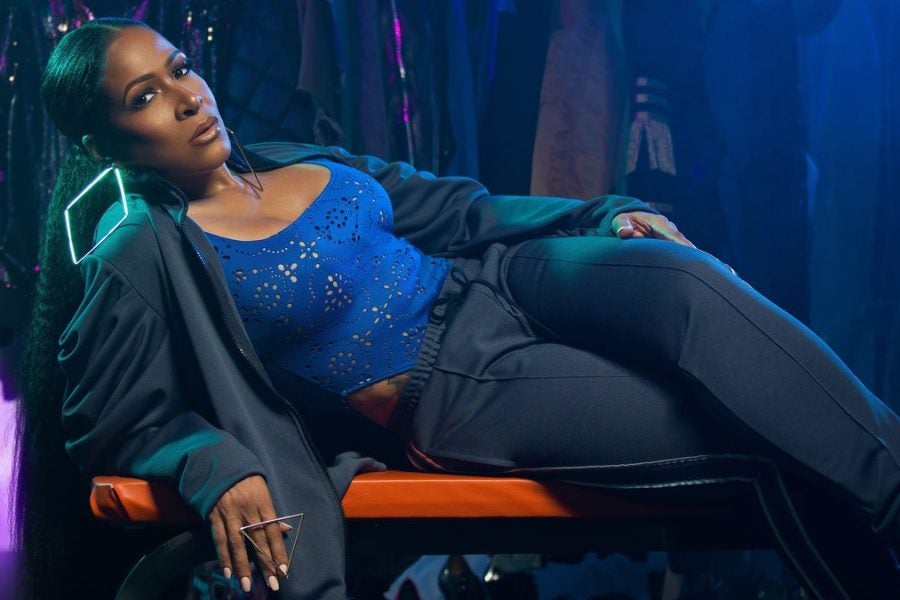 She By Shereé is finally here after fourteen years. If you’re familiar with the Real Housewives of Atlanta, then you know Shereé Whitfield and her newly launched fashion brand have been an ongoing topic since the show’s inception. During the first season, Whitfield attempted to put on the first She By Shereé fashion show, but a production nightmare prevented looks from going down the runway. After a “fashion show with no fashions,” just like fellow cast remembers, we questioned if the fashion line would ever make an appearance. However, a decade later, Whitfield finally silenced the naysayers and launched She By Shereé.

Although cast members occasionally questioned Whitfield about the fashion line’s progress over the years, she was notably more vocal about She By Shereé throughout the current season and confirmed that she was actively working on it. On one of Season 14’s episodes, Whitfield brought an official yoga mat sample with the brand’s logo to a group workout, which foreshadowed that She By Shereé’s launch was getting closer.

During Sunday’s episode, the final episode ahead of Season 14’s reunion, Whitfield got a second chance to host her brand’s fashion show on RHOA. This time around, the samples arrived in time, and Whitfield was able to send over 20 looks down the runway. “After 14 years, I did it,” Whitfield said to the cameras. “I’ve had a lot of ups and downs. I’ve had a lot of let downs. I want everyone who feels like they can’t do it to keep pushing with prayer, determination, and hard work. It will definitely pay off.”

She By Shereé is now live and available for purchase on shebysheree. shop. The assortment includes a wide selection of athleisure, graphic t-shirts, and branded merchandise.