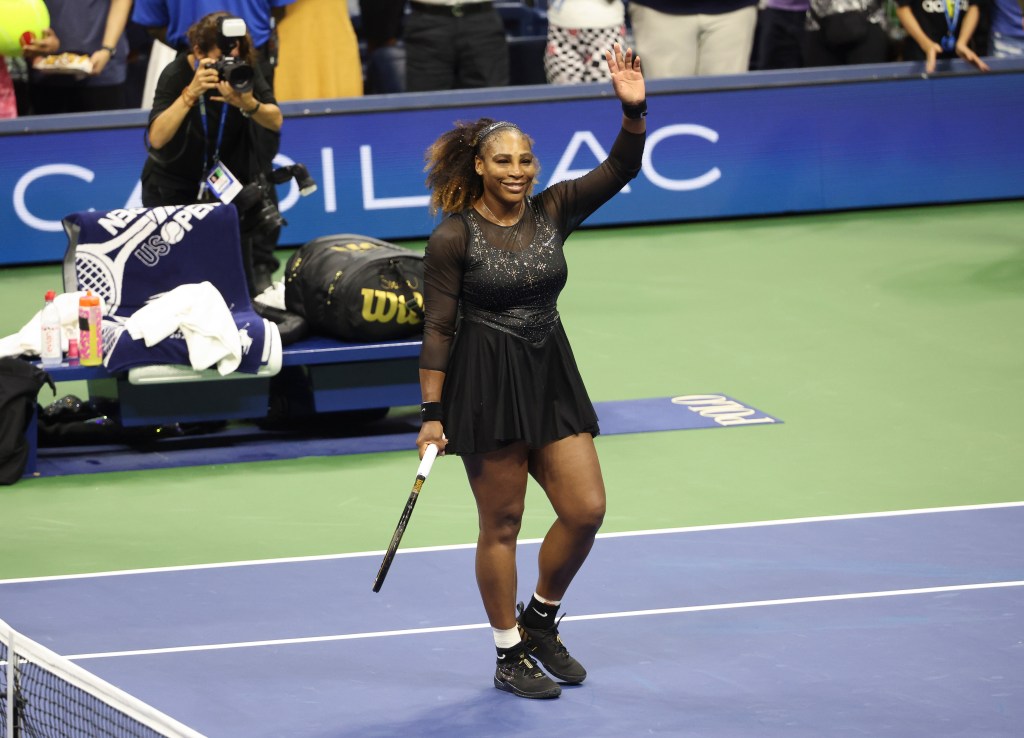 The six-time U.S. Open champion worked with Nike to create a custom look for her first tennis match Monday night, which she won against Montenegro’s Danka Kovinic. Williams’ black, crystal-embellished dress was inspired by the uniforms worn by competitive figure skaters. Her skirt featured six layers, which referenced her six U.S. Open wins, and the crystal embellishments were designed in a pattern to resemble the night sky.

Monday’s U.S. Open match was Williams’ third tennis match since she announced earlier this month she would “evolve away” from the sport after the U.S. Open, hinting at her retirement.

Throughout her storied career, Williams has won 23 Grand Slam singles titles, winning Wimbledon and the Australian Open also six times each. She’s been playing tennis professionally since 1995 and has paved the way for people of color to make a name for themselves in the sport.

Aside from tennis, Williams runs her own venture capital firm, called Serena Ventures, and clothing label called S by Serena.

Williams’ next U.S. Open match will take place on Wednesday, where she will compete against Estonia’s Anett Kontaveit.