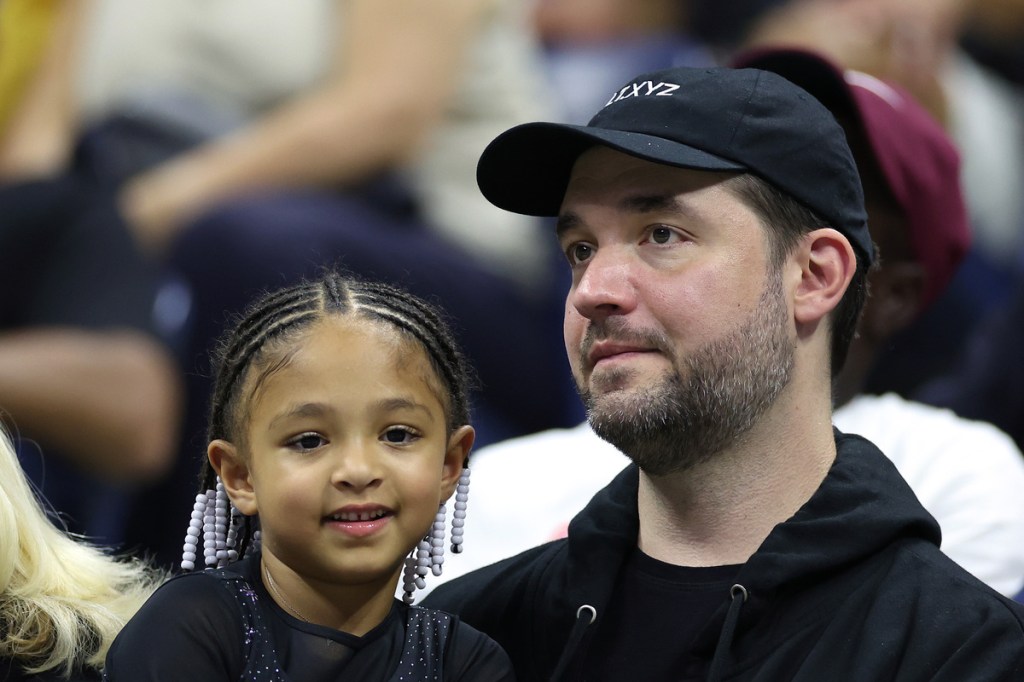 Alexis Olympia, the daughter of Serena Williams, was in the stands supporting the tennis legend with her father, Alexis Ohanian, during Williams’ first-round match at the U.S. Open on Monday. The game marks Williams’ last turn at the annual Queens, New York-based tournament before she is expected to retire from the sport she’s dominated for over two decades.

Alexis Olympia wore a custom outfit that matched Williams’ on-court look, which was designed by the 23-time Grand Slam champion in collaboration with Nike. It included a black long-sleeve top with crystal embellishments in star-shaped designs, skirt and NikeCourt Flare 2 sneakers. Paying further tribute to Williams, the 4-year-old wore her hair in a similar braided style adorned with white beads, like Williams did during her major first U.S. Open win in 1999.

Meanwhile, Williams’ husband Ohanian wore a monochromatic look to the game, which included a black jacket, jeans and a hat. The tech entrepreneur has been a fixture at her matches throughout her career.

Earlier this month, Williams announced her plans for retirement from tennis, with plans to extend her family and pursue other creative ventures, including her partnership with Nike that began in 2003, her own fashion line S by Serena, and collaborations with Zales.

The U.S. Open is the last Grand Slam event of the year, a tennis tournament attracting viewers and players from all over the world. The matches are held at the USTA Billie Jean King National Tennis Center in New York City, with Arthur Ashe Stadium as the main court. The 2022 U.S. Open marks the 142nd year of the tournament, with Daniil Medvedev and Emma Raducanu as reigning men’s and women’s singles champions, respectively. It also marks Serena Williams’ last tournament. The 23-time Grand Slam champ is expected to retire after playing in the championship for her last time. The U.S. Open runs to Sept. 11.