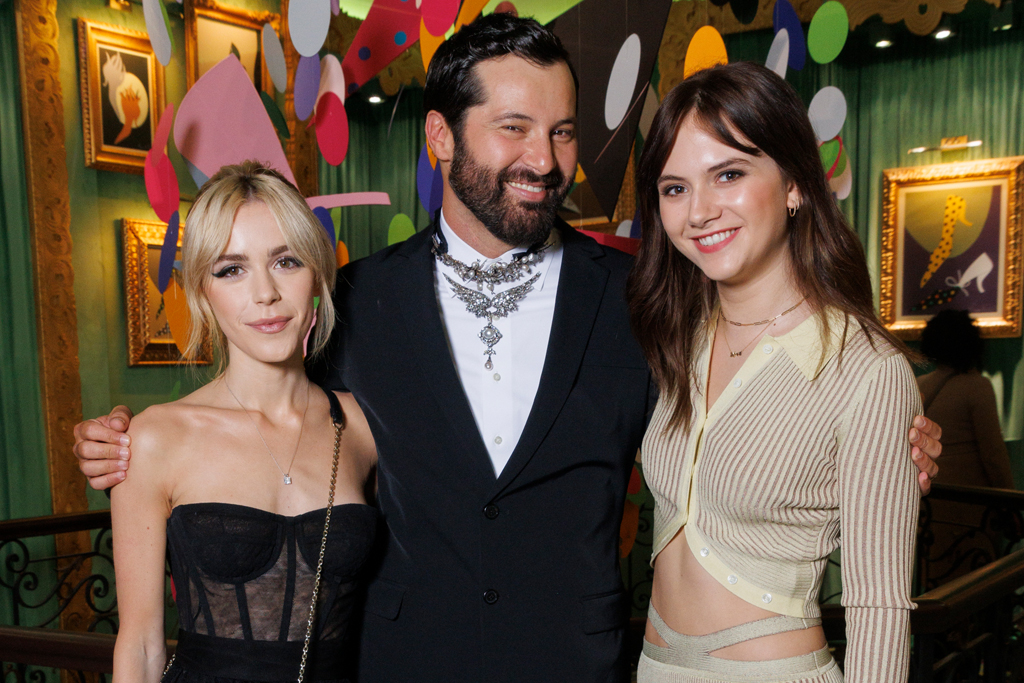 It has been four years since Gherardo Felloni took the helm as creative director of Roger Vivier, ushering in a new era for the luxury heritage footwear brand that has centered on  “Hotel Vivier,” an immersive (and traveling) installation designed to highlight the statement-making shoes and handbags of each season, with over-the-top tableaux that has included everything from opera singers, furry boudoirs and ASMR sessions to the red velvet curtains of “Twin Peaks” and even a group of Catherine Deneauve döppelgangers from “Belle du Jour.”

“It is the moment for savoir faire,” said Felloni in an interview ahead of Vivier’s Thursday presentation. “In this world of social media, we quickly lose information, no one has a memory (anymore). Hotel Vivier was a big success but I [wanted to] focus on the values of the maison.”

To do that, Felloni installed artisans in every room of the presentation, from a buckle expert wrapping hardware with pastel coatings to a strasse specialist affixing gems to a glittering heel, to a cobbler wrapping an embroidered and bow-accented sling back by hand.

The artisans were seated in very-Vivier rooms that still captured the spirit of Hotel Vivier but were also decidedly more demure. In the salon, a group of models sat amongst a bed of flowers while reading books and wearing sixties-inspired while lace-up buckle boots. There was still a bit of ASMR, courtesy of fluffy, fringed bags hanging in the handbag wall (begging to be touched) and a sparkly room where a gigantic disco ball sat in the middle, surrounded by the designer’s disco ball (and disco cube) heels.

The entire collection pulled from specific shapes, styles and motifs from the Roger Vivier archives, from the buckle to the Choc and Virgule heels, to the embroideries and jeweled techniques that made Vivier such a visionary (the designer died in 1998). Felloni has already employed many of these details in previous collections, but this season had a few more vintage touches, such as the white go-go boots, darling bows and a sixties acid-hued color palette.

Still, Felloni insists that he leaves the archives in their rightful place when he’s designing for his collections. And while the designer has also befriended plenty of starlets during his tenure, he’s also reluctant to point to specific archetypes in the Vivier realm.

“I don’t like the idea of categorizing women. Women are what they want to do, what they want to be, so I don’t want to just say ‘oh I love the party girl,’ or ‘I love the intellectual,’” said Felloni. “If you see the actresses that I work with, they are all completely different. I’m attracted to talent, to women who have character, who are confident, that is something that attracts me as a designer. Roger Vivier was also like this. He was dealing with amazing, confident, powerful women, such as Queen Elizabeth and Marlene Dietrich.”

Most recently, Felloni has added Emilia Jones to his circle. The British actress, who attended the brand’s Thursday presentation, will star in the Sofia Coppola-produced “Fairyland.” Rumor has it that Vivier may even have a cameo.

As for what women want to wear now, in a nearly post-pandemic world? Felloni says it’s all about choice.

“Women are getting every day more free. And freedom is freedom so you cannot control, and it’s really difficult to say what women have to or should wear today. When you’re free you have less taboo,” said the designer — speaking strictly sartorially but with undertones of current events. “[Fashion] is a manifesto on what’s happening. My goal is to make this brand this maison alive today for women that are alive today.”