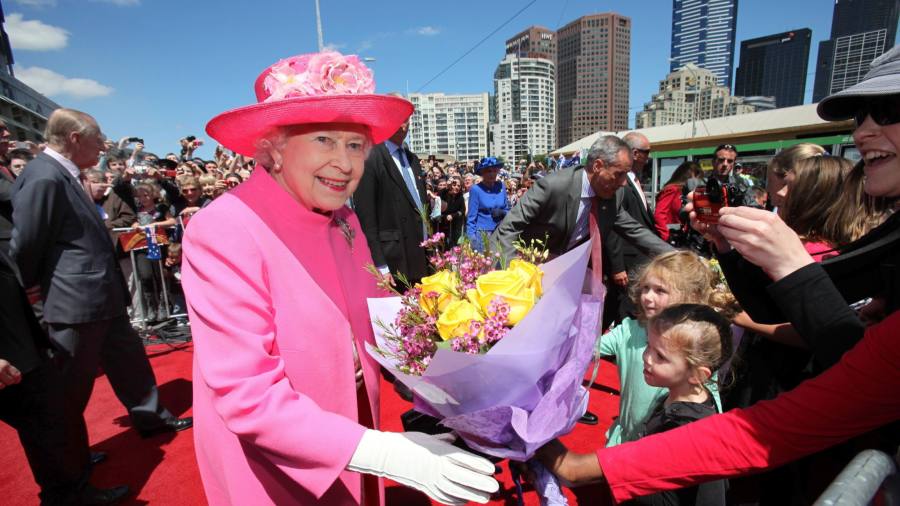 Just before noon in the City of London, a steady stream of people was arriving in light rain to collect wristbands for entry to a service of commemoration for the Queen planned for Friday evening at St Paul’s Cathedral.

Liz Truss, whom the Queen appointed UK prime minister as recently as Tuesday, will read one of the Bible passages at the service, for which 2,000 wristbands are being made available from an information booth by the cathedral.

One of those queueing for a ticket, Judy Page, originally from Canada but now resident in London, said the late Queen had always been part of her life.

“It’s a moment in history,” she said, explaining why she wanted to attend the service.

Roland McCall, waiting with his bicycle in the queue, expressed similar sentiments as a citizen of Australia, which like Canada had the Queen as head of state.

“I think a lot of Australians think she made a big contribution to Australia,” McCall said. “She visited a lot and was involved.”

Another Canadian, Lina Veri, said she was on her first ever visit to London.

“I wanted to come, number one, for the Queen,” she said of the service, adding that she had wanted to attend a service at the cathedral in any case.

A British attendee, Fiona Potts, from Hertfordshire, said she was on a planned visit to London for the day and was taking the opportunity to attend the commemoration service at the same time.

“I’m going to be visiting my brother, who’s not well enough to be able to come,” she said, adding that she hoped her attendance would offer him some comfort.