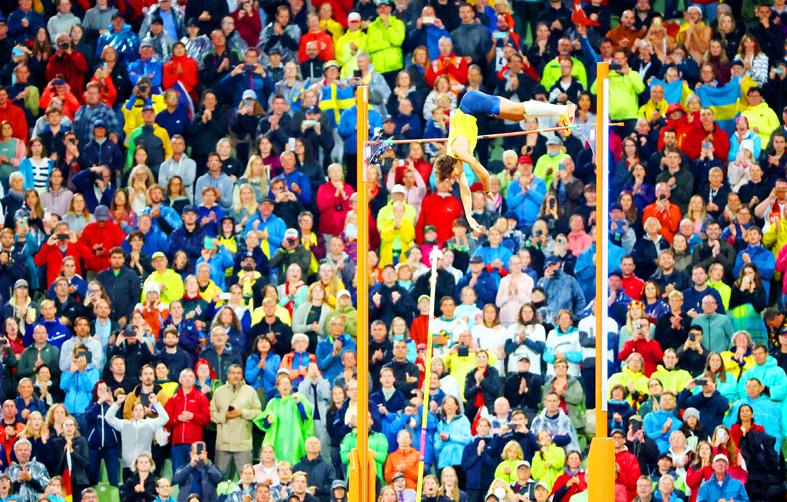 World and Olympic pole vault champion Armand “Mondo” Duplantis on Saturday retained his European title in comprehensive fashion in Munich, while the irrepressible Femke Bol sealed a third gold of the championships.

Duplantis, fresh from breaking his own world record in Eugene, Oregon, as he clinched world gold with 6.21m last month, set a championship record of 6.06m at the Olympic Stadium.

“It was great. The goal going into today was to try to win and breaking my own championship record was the cherry on the top,” Duplantis said.

Coming into the continental showpiece, Duplantis was on an 18-competition winning streak and was once again a class apart from a field that struggled throughout in cool, damp conditions.

“I felt like I jumped very well, I can’t complain,” the Swede said, adding a shot at the world record was never likely.” “It didn’t seem like it was really on the cards today. Sometimes it’s like that, it’s not for every day,” he said.

There was Dutch delight in the women’s 4x400m relay, Bol producing an outstanding anchor leg to overtake Britain’s Nicole Yeargin and Belgian Camille Laus to seal victory and a third gold.

In arguably the most packed schedule of any athlete in Munich, Bol had already sealed an audacious double by winning the 400m flat and her favored 400m hurdles.

Bol, 22, took hold of the relay baton in third place on the fourth and final leg, biding her time before smoothly moving into the second lane and motoring away from her rivals.

“It was such an amazing race,” Bol said. “I really love to run with my girls and against other runners.”

Comments will be moderated. Keep comments relevant to the article. Remarks containing abusive and obscene language, personal attacks of any kind or promotion will be removed and the user banned. Final decision will be at the discretion of the Taipei Times.