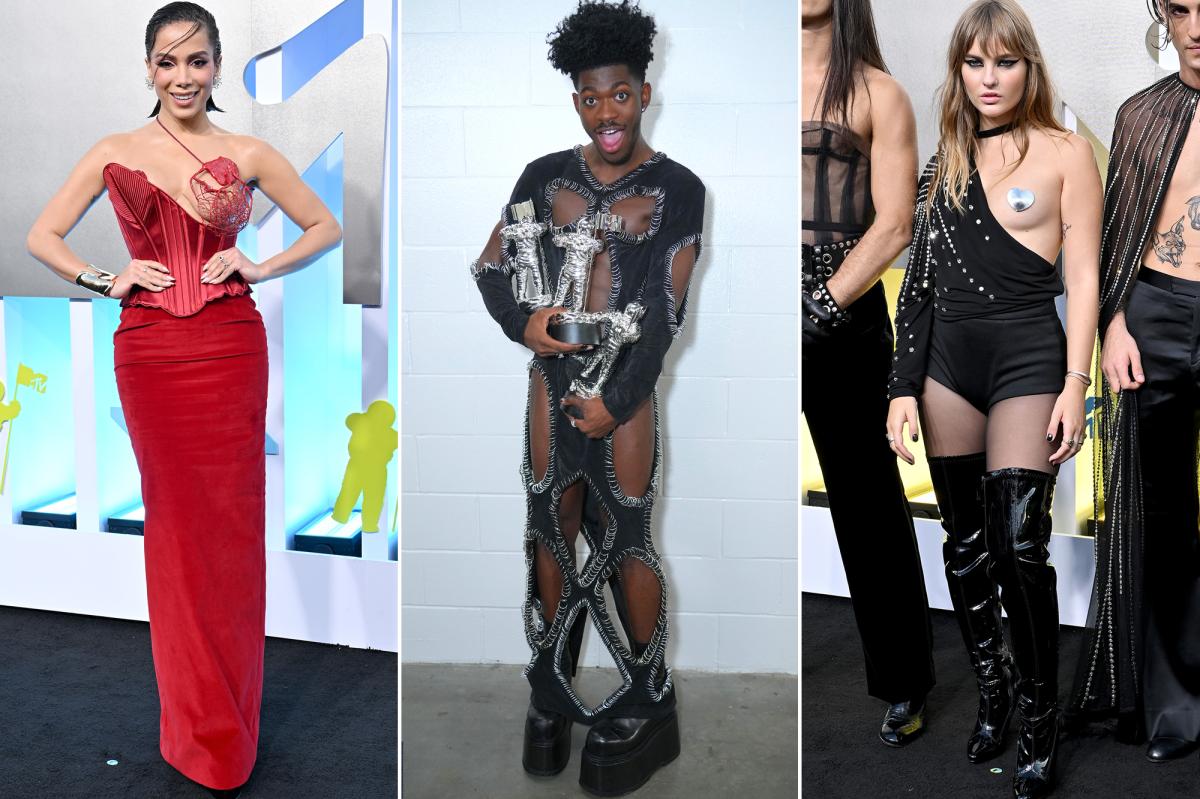 Free the nipple, but make it fashion.

Bare chests might have been the biggest trend on Sunday’s VMAs 2022 red carpet, with a handful of stars showing up in breast-centric getups that got everyone talking.

Brazilian megastar Anitta quite literally bared her heart in a corseted crimson Schiaparelli Haute Couture gown cut low enough to reveal her entire left boob — which was covered with an intricate breastplate modeled after the blood-pumping organ.

Once inside the Prudential Center, the “Montero (Call Me By Your Name)” rapper changed into a long black dress completely covered with cutouts, including two that perfectly framed his pecs. 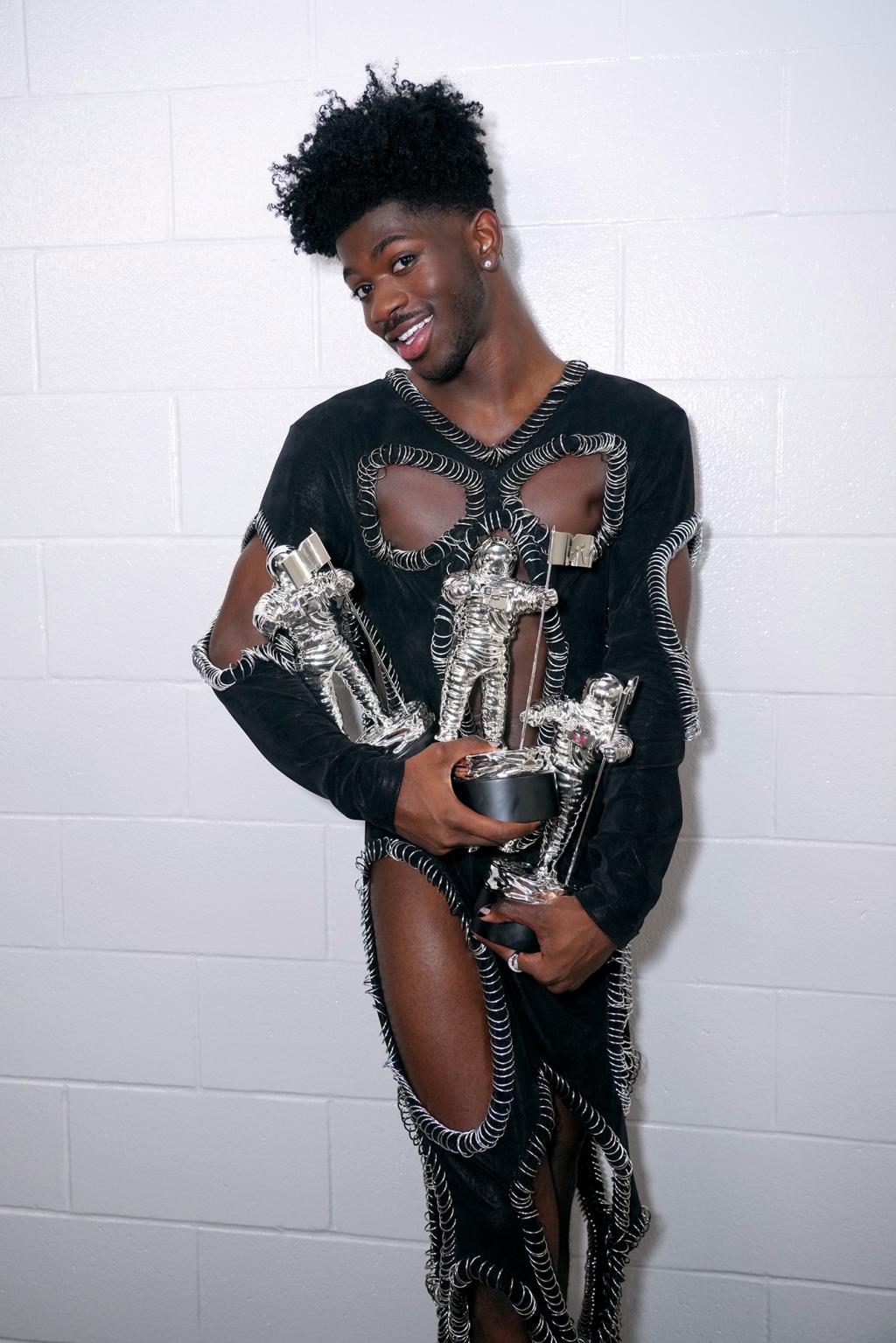 … before changing into a cutout-covered LBD.

The Duchess of Sussex fronts the magazine’s September 2022 issue,…

But nobody took the risqué trend quite as far as Italian glam rock group Måneskin.

The Eurovision champs arrived at the show in matching embellished Gucci getups that flashed plenty of flesh; drummer Ethan Torchio and vocalist Damiano David turned heads in a sheer corset and cape, respectively, while bassist Victoria De Angelis channeled Lil’ Kim in a one-shouldered top that showed off her gleaming silver pasty. 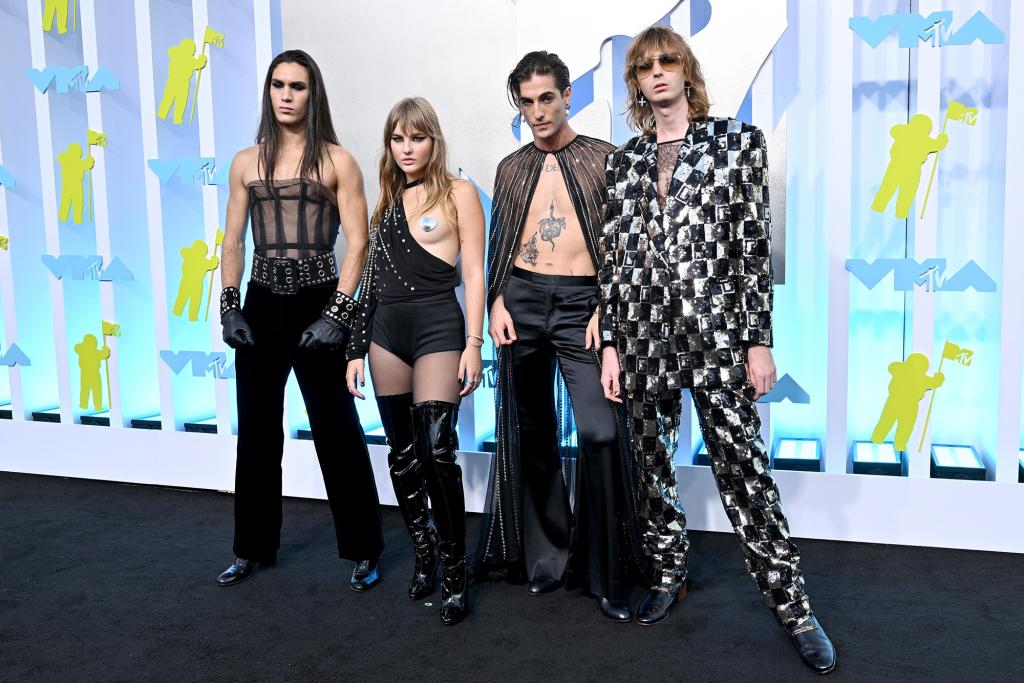 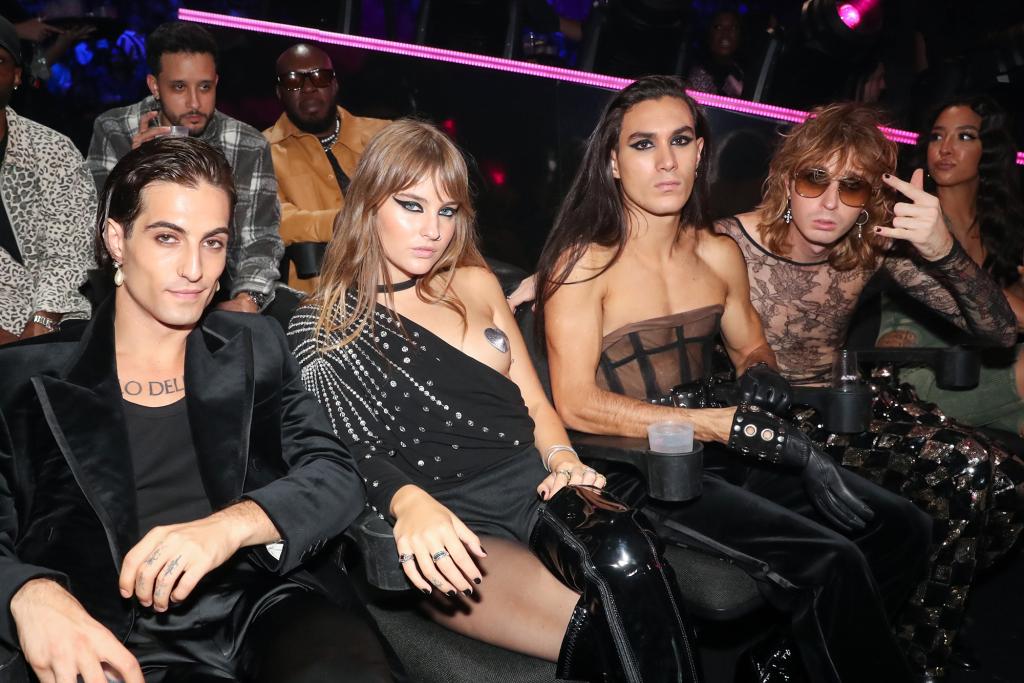 The Duchess of Sussex fronts the magazine’s September 2022 issue,…

But while performing the band’s tune “Supermodel” onstage, De Angelis rocked out just a little too hard, with her blouse slipping off her shoulder to expose her other breast.

Although MTV cut away during her wardrobe malfunction, the bassist kept on playing — the show must go on, after all — and Måneskin fans weren’t pleased to see their performance interrupted, particularly since frontman David’s assless chaps weren’t similarly censored.

“i’m still mad as hell over vmas ruining maneskin’s performance, a shirtless man is fine but when it’s a woman suddenly it’s a problem and has to be censored? Get out of here with this bulls—t,” one tweeted.

Ironically, De Angelis took aim at this very double standard during her red carpet interview earlier in the evening.

“I think it’s very important for us to share a message of freedom, generally,” she told MTV. “So just for everyone to be free to be theirselves and express who they are … and also to have more equality [between showing] a woman’s body and a man’s body.”