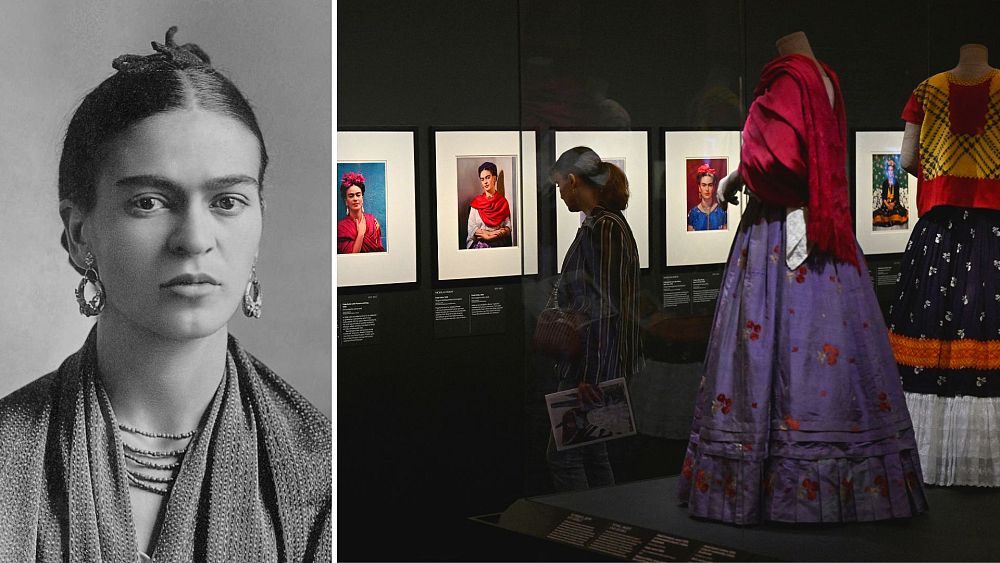 From her famous painted plaster corsets, to her traditional Tehuana skirts, to her bright pink Revlon lipstick, the exhibition titled ‘Frida Kahlo: Beyond Appearances’ brings together more than 200 personal items belonging to the beloved artist.

Tracing links between her fashion and art, the exhibition invites visitors to explore Kahlo’s personal life and discover how she constructed her identity through the way she presented and represented herself.

“In this exhibition, we see how she continued to paint despite her wheelchair, and how she used paint and dress as a vehicles for healing and creative production.”

The story of Frida Kahlo

Born in Coyoacán, Mexico, Frida was left disabled by polio as a child, and at the age of eighteen was seriously injured in a near-fatal bus crash.

She had to wear corsets for the rest of her life and later had one leg amputated.

But Kahlo dared to defy the circumstances of her unfortunate life and went on to become one of the most widely recognised and influential artists of the 20th century.

She is known for her uncompromising and brilliantly coloured self portraits, such as her painting ‘Diego y Yo‘, which sold for more than €30 million last year – making it the most valuable Latin American portrait of all time.

Kahlo is not only remembered for her paintings but also as a feminist, style and queer icon.

What’s on display at the ‘Frida Kahlo: Beyond Appearances’ exhibition?

More than 200 pieces from the Casa Azul, where Frida was born and raised, are on display for the first time in France, in conjunction with the Museo Frida Kahlo.

The collection includes not only clothes and accessories belonging to Kahlo, but also letters, cosmetics, medicines, and orthopaedic devices, including the prosthetic leg with a red leather boot that she began wearing after her right leg was amputated a year before her death.

“I think Frida Kahlo was always ahead of her time – the way she painted and the way she dressed was always very avant-garde,” said Circe Henestrosa, curator and designer of the exhibition and head of the school of fashion at the Lasalle College of the Arts in Singapore.

“What she represents, all these symbols of diversity, is what makes her so relevant today, because she still speaks to many people,” she added.

On the ground floor of the museum, a temporary exhibition running from 15 September to 31 December examines Kahlo’s influence on contemporary designers including Rei Kawakubo for Comme des Garçons, Riccardo Tisci for Givenchy, Maria Grazia Chiuri for Dior and Karl Lagerfeld for Chanel.

‘Frida Kahlo: Beyond Appearances’ opened on 15 September 2022 and runs onto 5 March 2023 at the Palais Galliera in Paris.