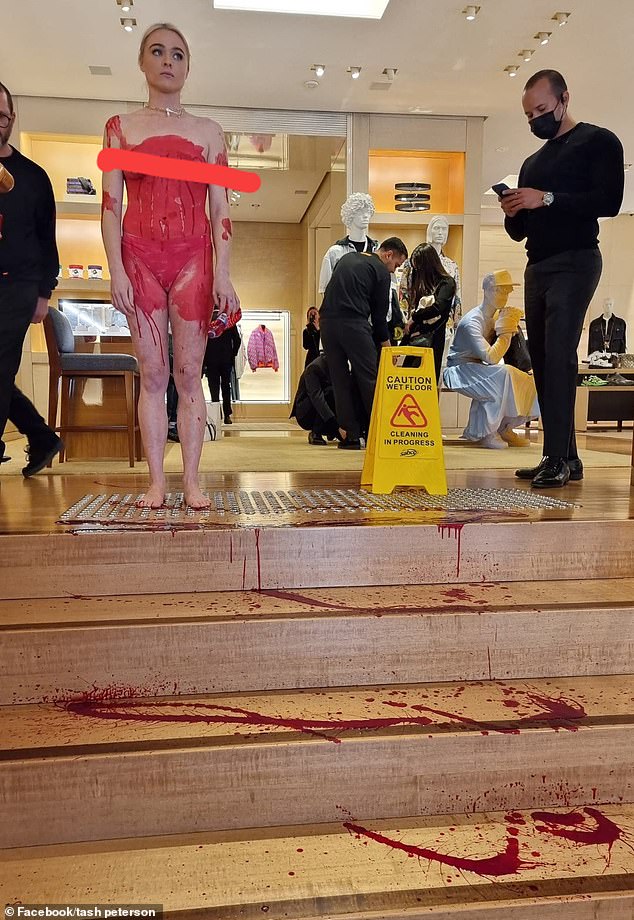 A notorious vegan activist has stormed a Louis Vuitton store for the second year in a row, covering herself in ‘blood’ and wearing nothing but a g-string.

Tash Peterson, 28, from Perth, was seen standing naked in the high-end fashion store on Saturday, in an elaborate stunt to shame shoppers from buying animal products.

She pulled off the same demonstration a year ago, and labelled it her ‘most powerful protest ever’.

Tash Peterson, 28, from Perth, was seen standing naked in the high-end fashion store on Saturday, in an elaborate stunt to shame shoppers from buying animal products

‘Hi everyone, you might be wondering why I look like this…but I am going in disguise to do a disruptive protest today inside Louis Vuitton as an anniversary since my first Louis Vuitton disruption exactly one year ago,’ Ms Peterson said.

‘Which was by far my most powerful protest.’

She also said she was going to splatter ‘blood’ all over the floor.

While it’s unclear if real blood was actually used, Ms Peterson admitted to using her own menstrual blood in the demonstration last year.

‘I’m incredibly nervous but it’s going to be a f**king awesome and powerful protest…so wish me luck,’ she added. 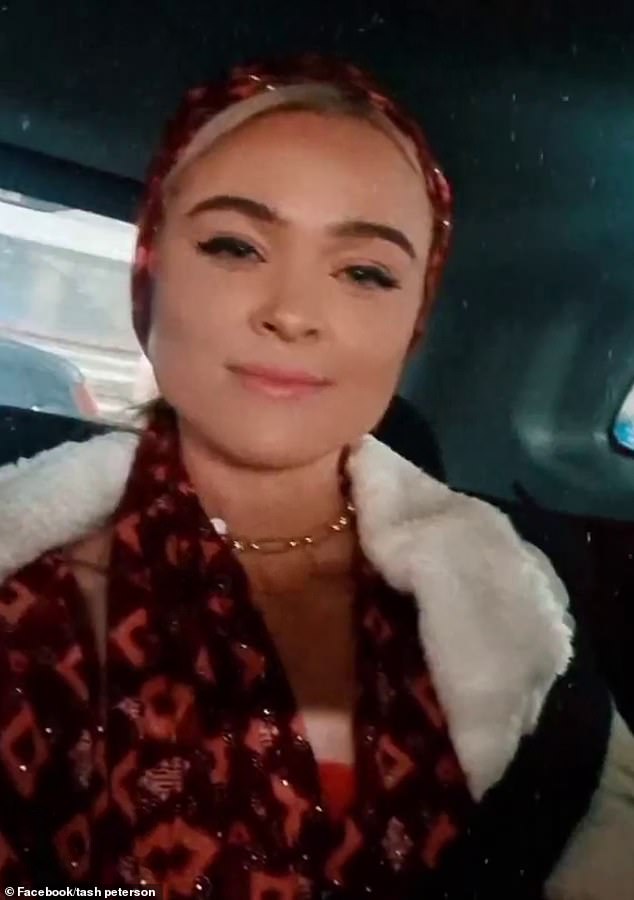 Photos show the activist standing solemnly in the store while confused shoppers moved around her.

‘Who was murdered for your leather bag, down jacket, and woollen jumper,’ she chanted, as security guards attempted to usher her to the front door.

‘If you buy animal skin, wool, fur, feather, and scales, you are paying for the most horrific animal abuse on this planet. You are contributing to an animal holocaust.’

A security guard then snatched a sign she was holding, prompting a tug-of-war between the pair as unimpressed shoppers stared at the almost naked activist digging her heels into the ground. 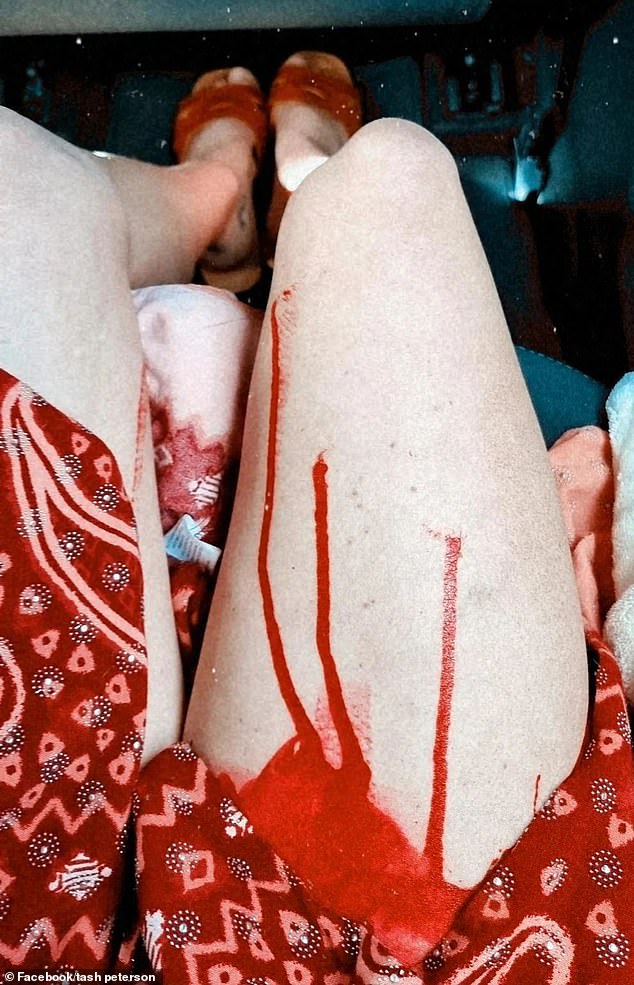 On her Facebook story on Saturday, Ms Peterson showed her body covered in ‘blood’ before she stormed the fashion store

Ms Peterson, who fled her home state of WA to Melbourne, has pulled off a spate of high-profile protests in recent years.

She’s stormed supermarkets, fast food restaurants and descended on a zoo amid her fight for animal rights.

The outspoken activist and OnlyFans star regarded by authorities as ‘Australia’s biggest pest’ was even banned from every pub in WA for nine months.

She interrupted an AFLW match by running onto the field at Perth Stadium in February, 2020.

The serial protester ran around for about a minute before she was tackled by Fremantle midfielder Kiara Bowers long enough for security to catch up. 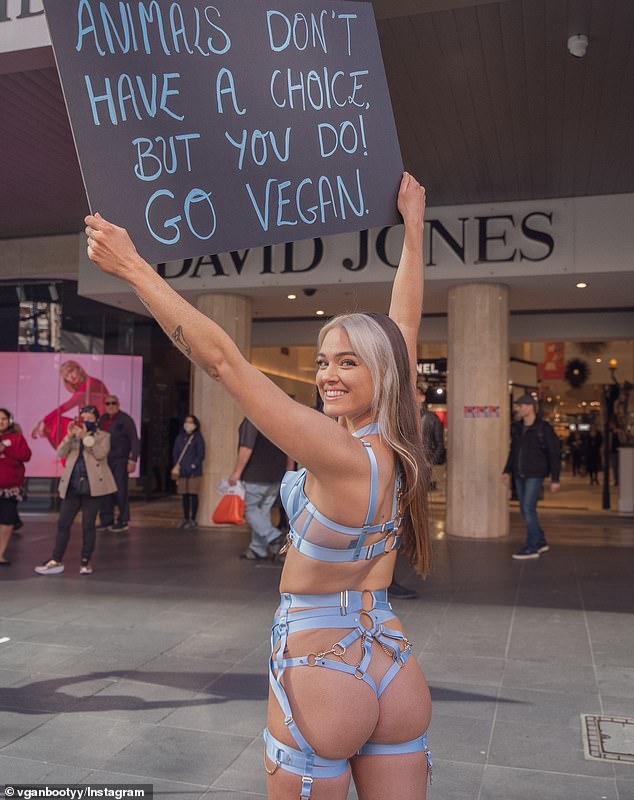