When Nigerian designer Gift Raji found out that her clothing and accessory designs had won Fashionomics Africa’s $3,000 prize for sustainable fashion, it wasn’t only the cash prize that had her excited. The founder and creative director of Lagos-based brand Lohije said she saw the win as an opportunity to bring Africa’s sustainable styles to the world.

“It’s more than money, it is about the mentorship. When I learned that I won, I saw possibilities – that Fashionomics Africa will open up possibilities for discovering more textiles here in Africa, that we can produce and export,” Raji said about the African Development Bank program.

“The Bank has more strength and connections that expand beyond the shores of Africa – they will be key to connect to those possibilities,” she added.

The judges noted Lohije’s use of biodegradable buttons made from discarded coconut shells instead of plastic, and the weaving of fibers into headpieces made from the water hyacinth plant – an invasive species that clogs waterways and threatens aquatic life. They said these are examples of the sustainable practices that took the boutique design firm into the final round. The public agreed – Lohije won the online vote by a 13% margin.

This Lohije hat is partially made from dried fibers from the water hyacinth plant, an invasive species that blocks sunlight and reduces oxygen levels in Lagos riverine areas, posing a serious threat to marine life.

“The competition offers some insight into the creativity of Africa’s fashion industry players to combine natural resources and ingenuity to make environmentally conscious decisions. Fashionomics Africa’s objective is to find equally innovative ways to support and assist them,” said Amel Hamza, Division Manager at the Bank’s Gender, Women, and Civil Society Department.

Fashionomics Africa presented a $3,000 cash prize to Lohije, and $2,000 each to the other competition finalists. Lohije will also receive a new branding package, networking, and mentoring opportunities from the competition collaborators, as well as media opportunities via the Bank.

“We feel honored to be the winners…It has encouraged me and the team to keep believing in the brand’s vision of being at the forefront of the global fashion community, celebrating African craft and her artisans through our artistically curated garments, and upholding the basis of conscious fashion while at it,” Raji said.

Raji said Lohije would use about half of the prize funds to purchase industrial-quality machines to reinforce garment seams, buttons, and components, relocate to larger production facilities and generators for more reliable power supply. The remainder will go toward enhancing marketing and communication efforts, and researching and locally sourcing sustainable materials, including hand-woven, eco-friendly, biodegradable fabrics created in communities representing the diversity of Nigeria’s cultures.

The Ellen MacArthur Foundation has invited Lohije and Diawku Cloth to Kigali to participate in the Foundation’s four-day learning, networking and site visit workshop in October, to explore applications of the circular economy in Africa. The circular economy is generally defined as a model of production and consumption that involves sharing, leasing, reusing, repairing, refurbishing and recycling existing materials and products. 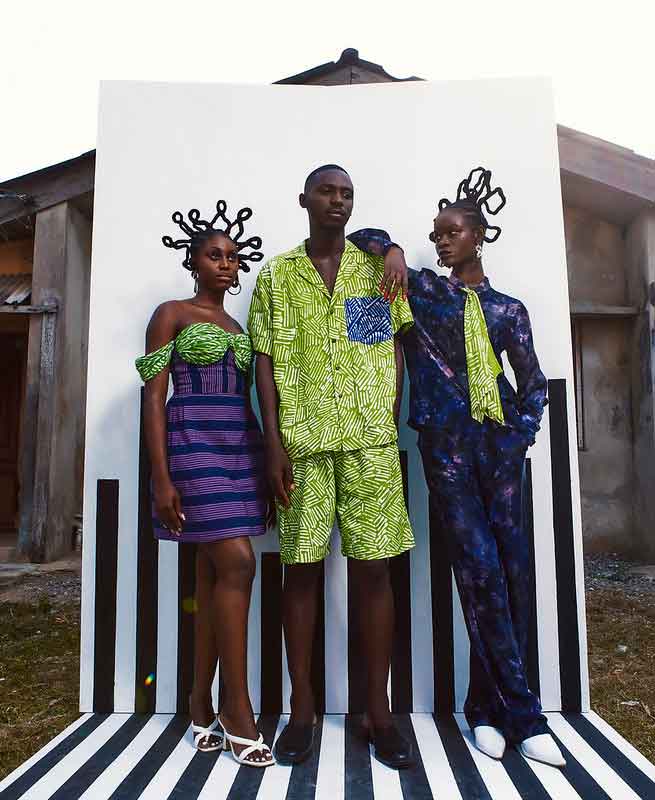 “This initiative reminded us and our collaborators of the importance of continuing our work towards incubating African fashion businesses at their early stages and assisting them in implementing more circular economy actions in their business models through this process,” said Emanuela Gregorio, Fashionomics Africa Coordinator and economist at the African Development Bank.

“Selecting this year’s winner for the Fashionomics Africa contest was a complicated task, given the extremely high quality of the submissions. Lohije’s thoughtful approach to material selection, local inspiration and sustainable practices makes them an amazing winner for this year’s edition,” said Francois Souchet, Global Head of Sustainability and Impact at BPCM.

To learn more about the sustainability and circular aspects of Lohije, Diakwu Cloth and Reform Studios, view our photo gallery.