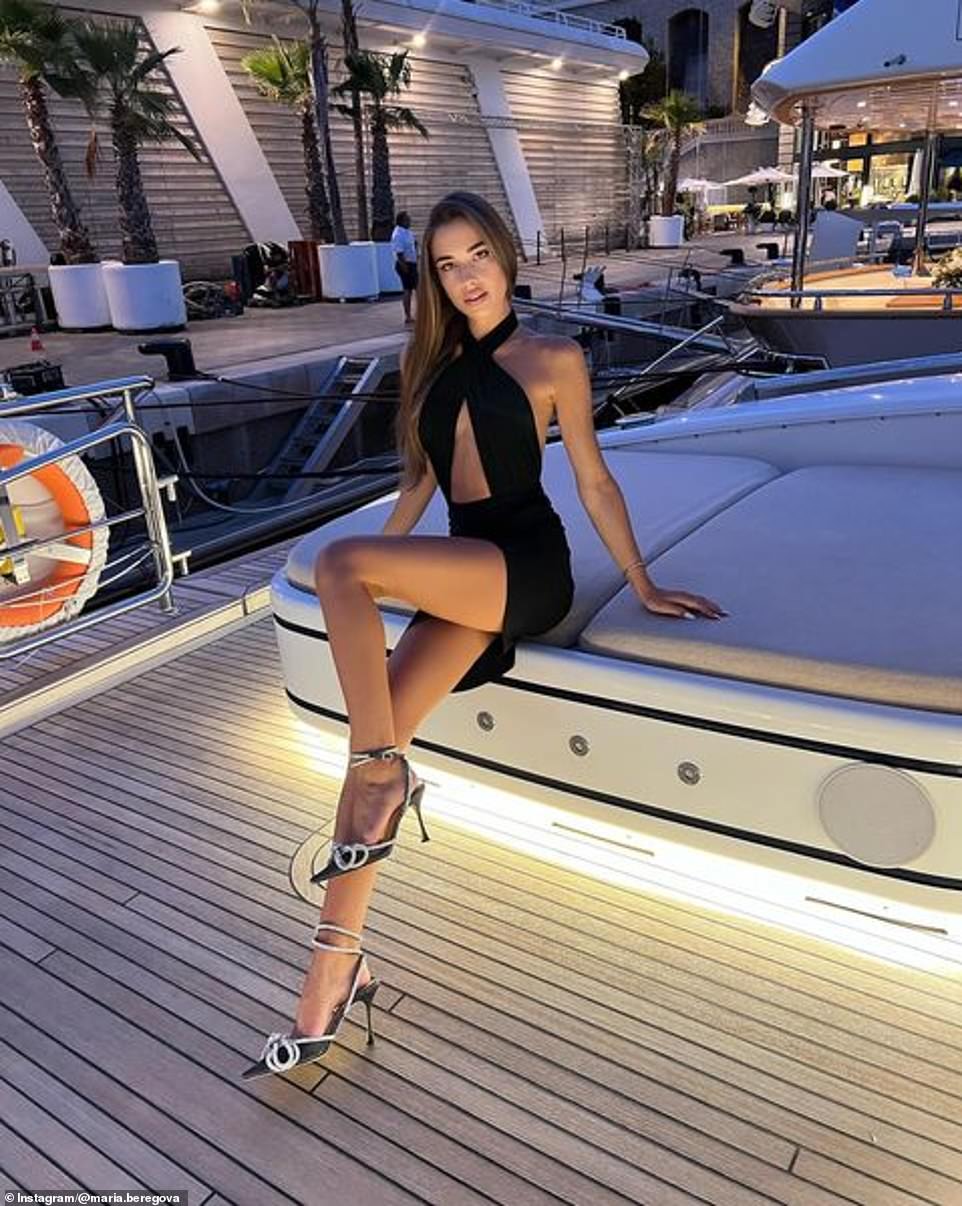 A mystery 22 year-old was snapped partying with Leonardo DiCaprio in St Tropez around the same time she began using her maiden name after divorcing her husband – whose grandfather was Colonel Muammar Gaddafi’s henchman.

DailyMail.com can reveal that Maria Beregova jetted off to the south of France after splitting with her husband, Ahmed Masoud Abdelhafid, 30.

The stunning Ukrainian reverted to her maiden name of Beregova during the trip, where she was pictured with Leo, 47.

Her former spouse Abdelhafid, who runs a property and fashion empire in Monaco, is the grandson of an interior minister and loyalist servant to the ruthless despot Gaddafi.

After Gaddafi was overthrown and killed, Massoud senior escaped to Cairo where he was reported to have died from illness in 2015.

Beregova grew up in Switzerland, attending a private boarding school, but currently lives in London where she is studying to take over her families pharmacutical enterprise.

It comes after the Titanic stars shock split from girlfriend Camila Morrone, 25, after four years of dating.

The stunning brunette  reverted to her maiden name of Beregova during the trip, where she was snapped with Leo, 47, after splitting from her husband 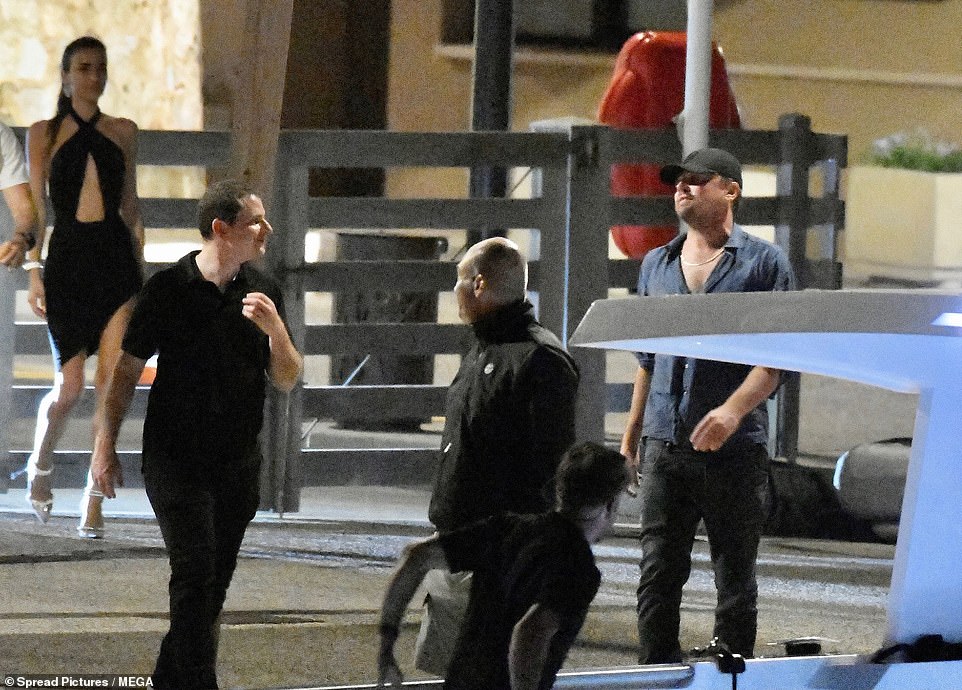 She was snapped with the star boarding a luxury yacht in St Tropez, in the South of France, wearing a skimpy black mini dress in July 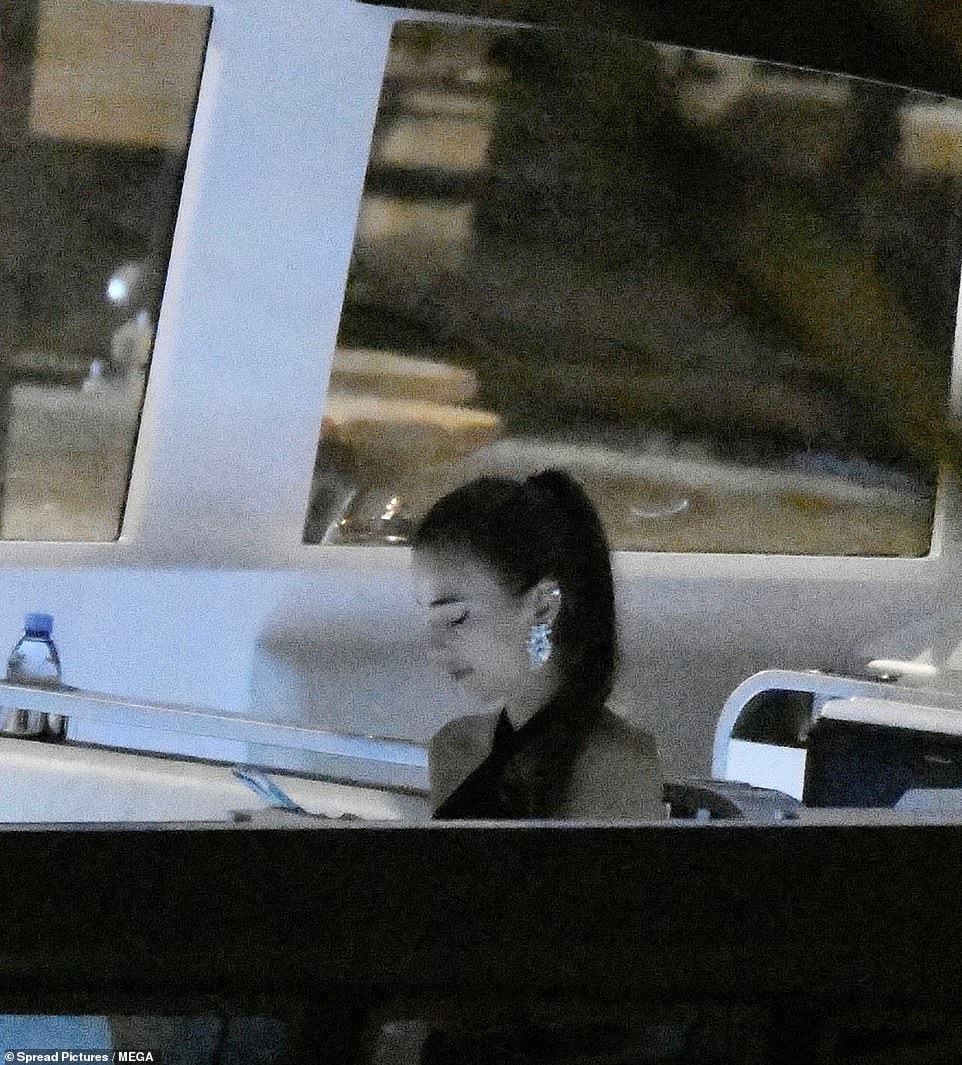 Bergegova smiled at her phone as she sat on the expensive vessel  earlier this year. She showed off her sleek hairdo and accesorised with statement silver earrings 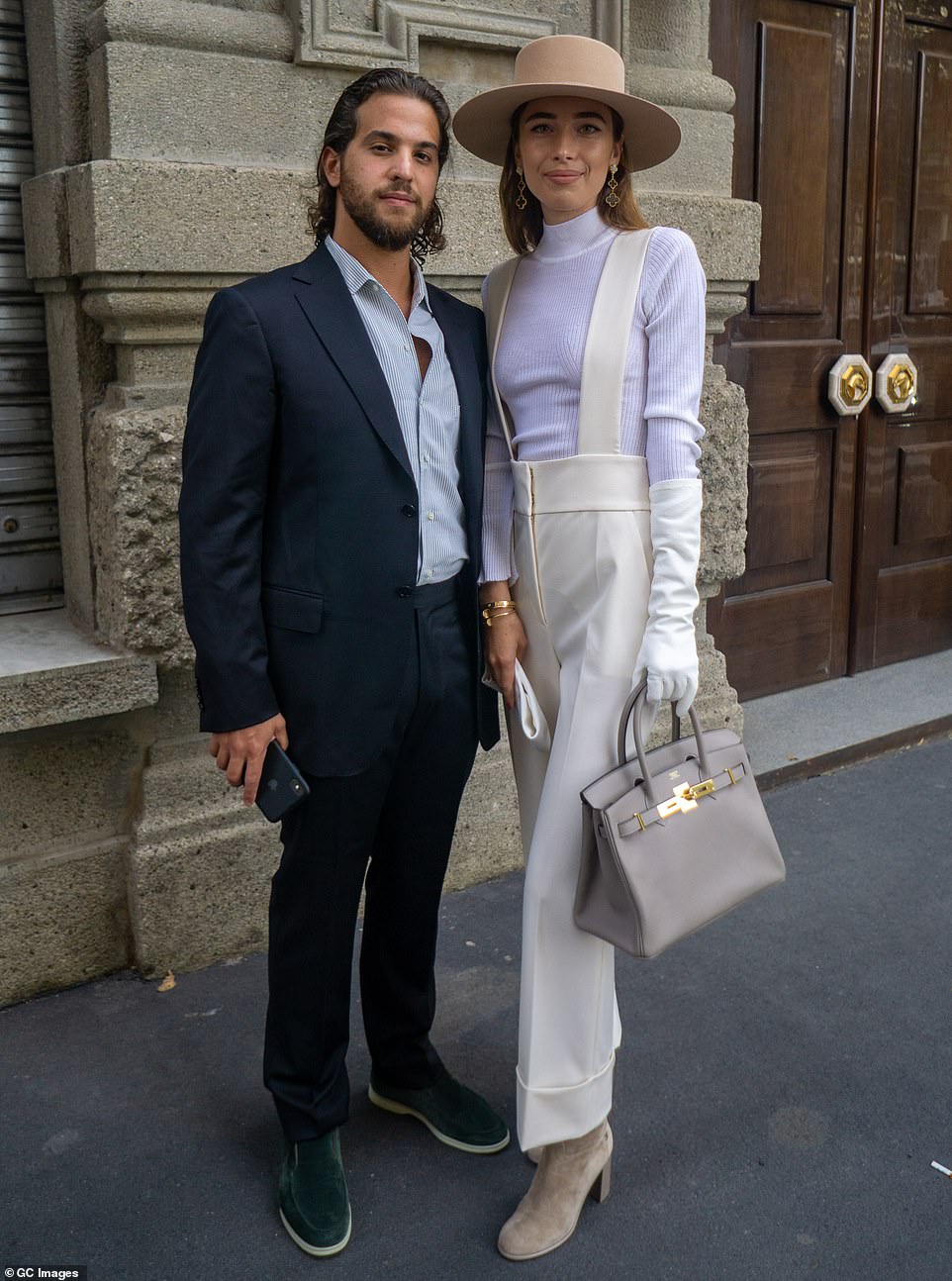 Her former spouse Abdelhafid, who runs a property and fashion empire in Monaco, is the grandson of interior minister and a loyalist servant to the ruthless despot Gaddafi. Pictured: Beregova and Abdelhafid together at Milan Fashion Week in 2019 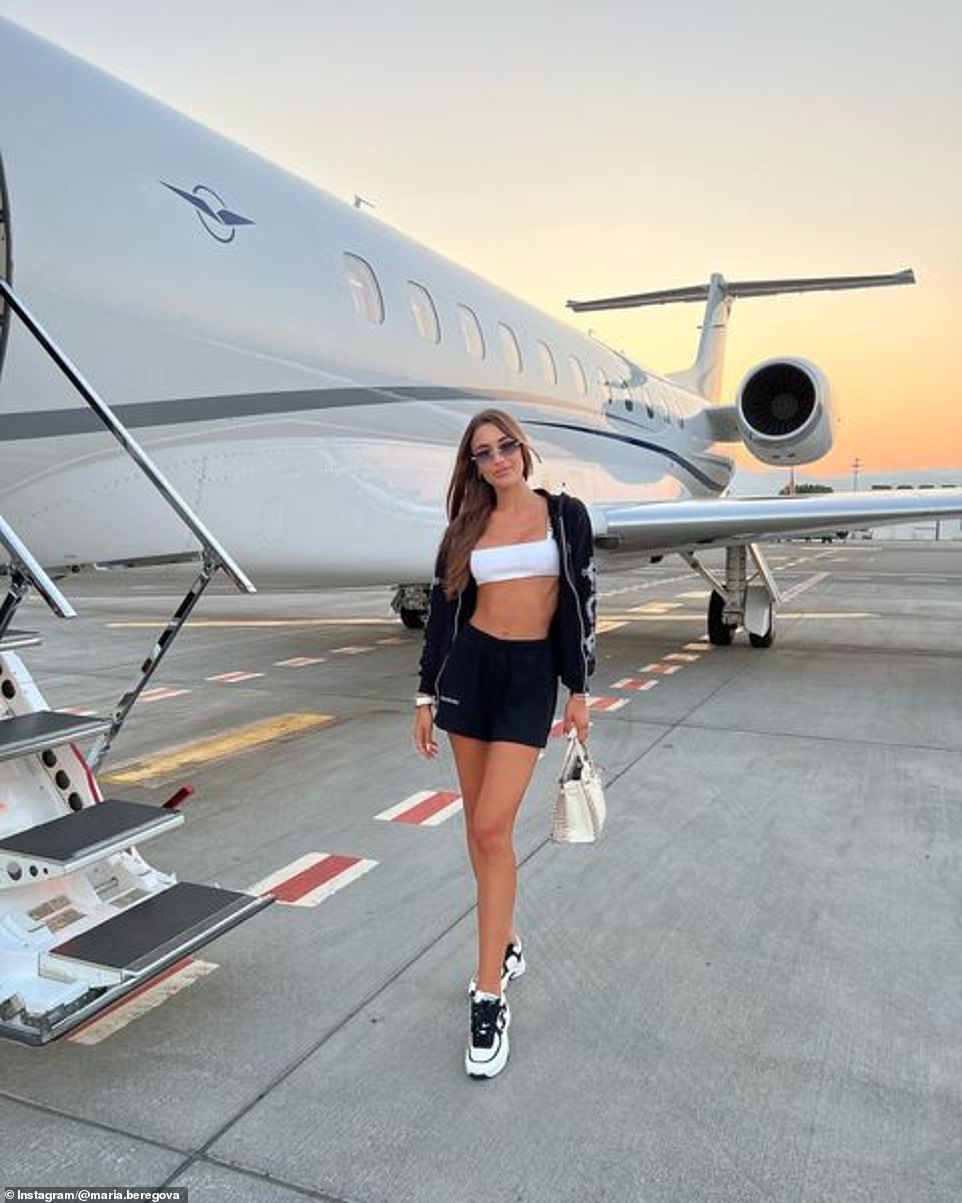 The Revenant star, who is Camila’s senior by 22 years, was first introduced to Camila in 2008, when she was just 12.

Beregova posted several stunning pictures in Saint Tropez, as well as showing off her luxury room at Villa Belrose, costing $1,220 a night, in July.

Beregova strutted a short distance behind the stars as they boarded the luxury boat, flaunting her figure as she pulled her hair back into a sleek ponytail.

It is unclear when the divorce with her husband was agreed, and if there was a settlement, but it is thought to have been finalised in Monaco where the pair lived.

It is unclear if the couple are still together, but Fuks is the daughter and heiress to Pavel Fuks a significant development magnate in Vladimir Putin’s Moscow.

Beregova flaunted her flawless figure as she walked towards the boat in a halter neck black mini dress. She joined a number of the stars other friends on the luxury yacht 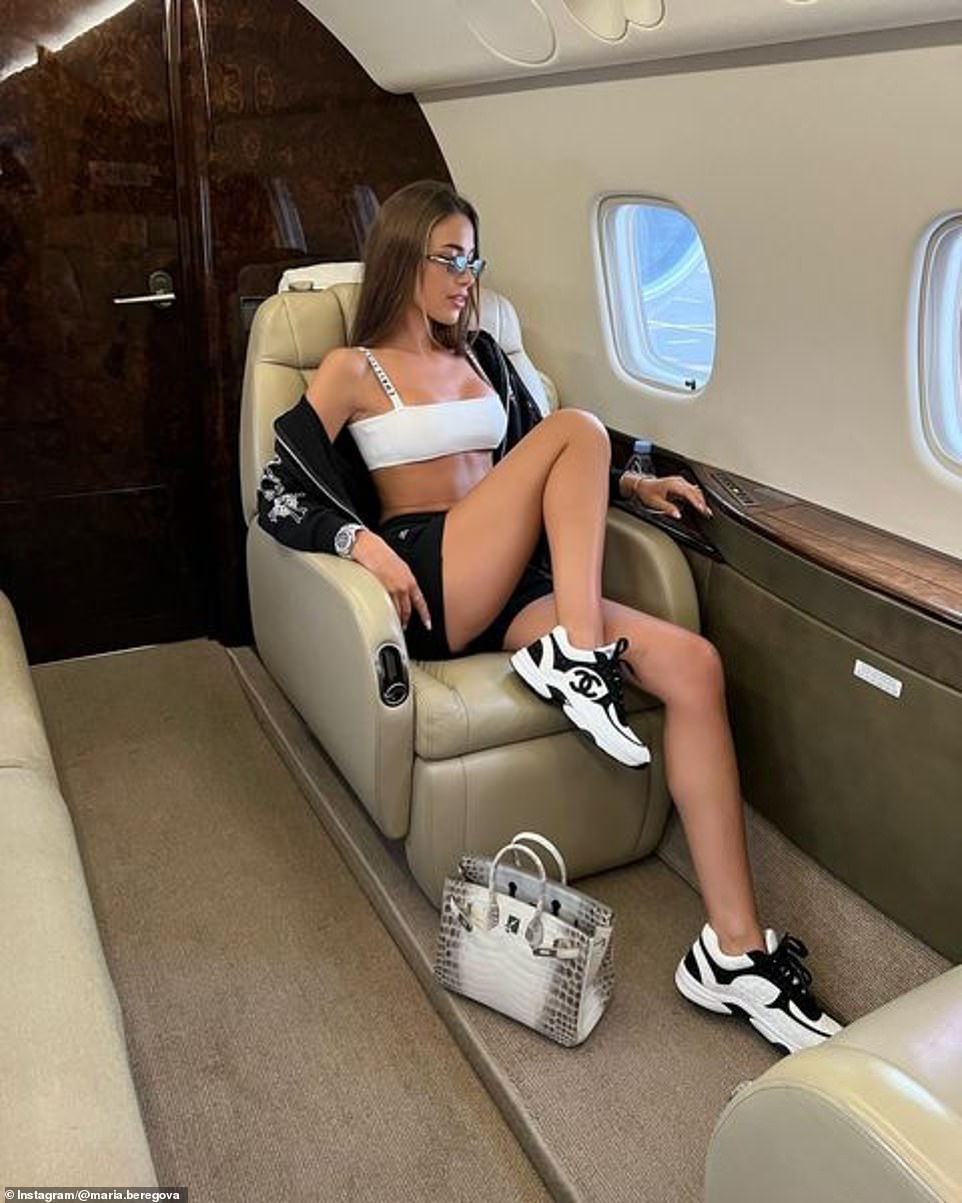 DailyMail.com can reveal that Maria Beregova jetted off to the south of France after splitting with her husband, Ahmed Masoud Abdelhafid, 30 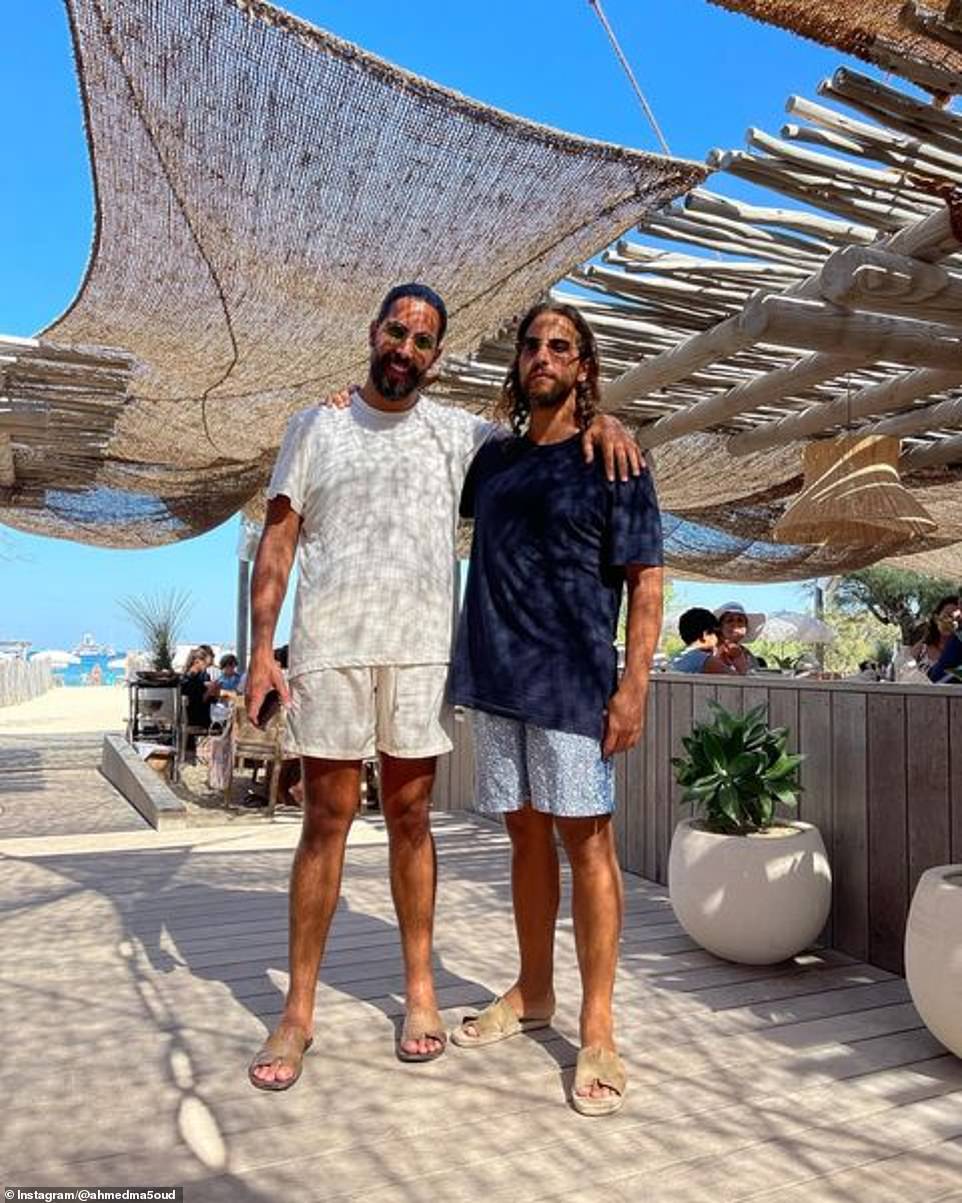 She split with her husband, right, before the trip but reverted to her maiden name while on holiday. His granfather, Massoud Abdelhafid, was labelled as the Libyan dictator Gaddafi’s ‘right hand man’ and ‘walking encyclopedia’ 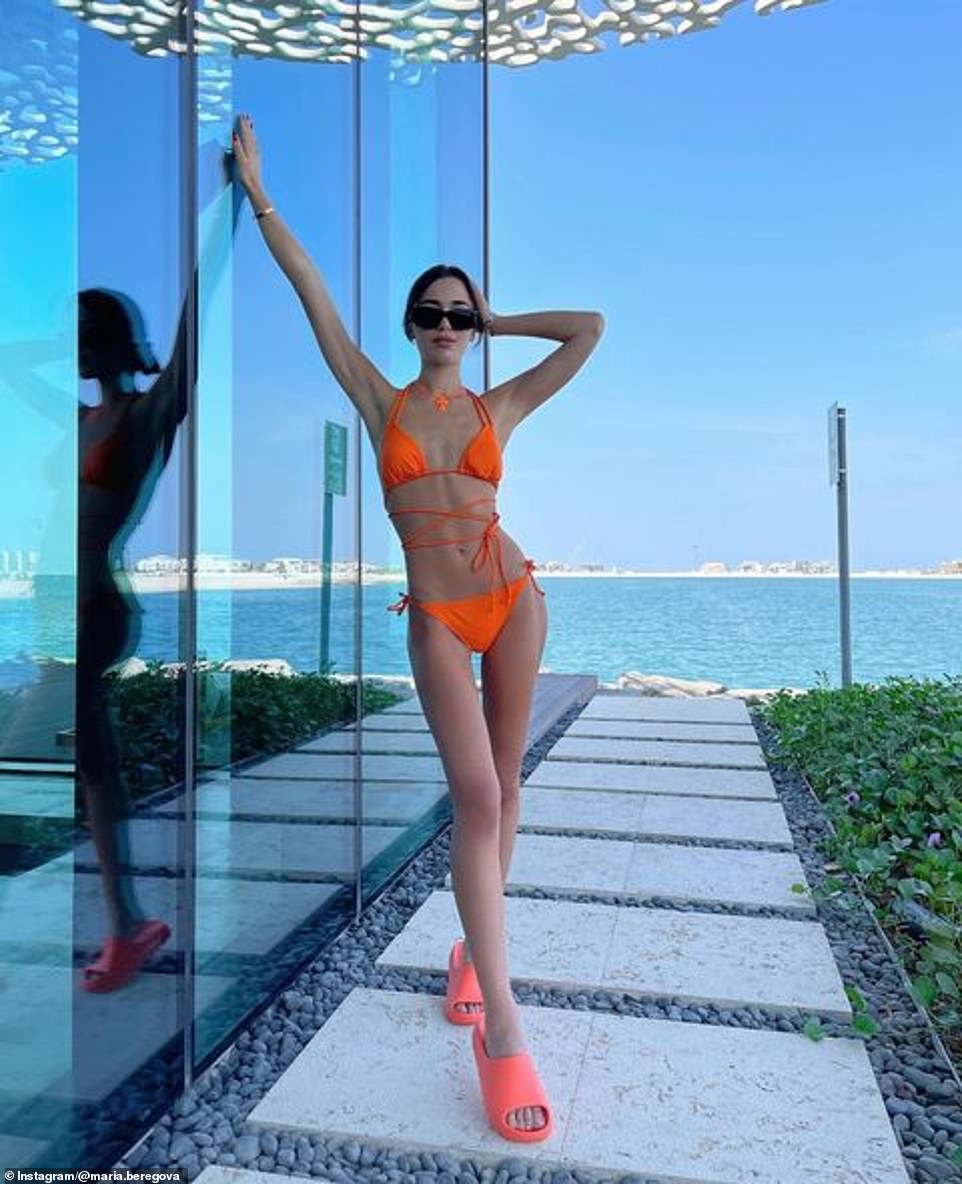 Stunning Beregova jets across the world for various fashion brands, and has worked clsoely with Chanel, calling herself a ‘golden Barbie’ at one of their events

The actor, 47, opted for a low-key look during the outing and donned a royal blue shirt for the outing, which he teamed with a pair of dark jeans.

Leonardo seemingly kept a low profile at the celebrity hotspot thanks to a black baseball cap, but was surrounded by a large group of pals as they returned in the early hours.

The Titanic star wore the top open at the neck which showcased a glimpse of his bare chest and simple silver necklace.

On the same trip Leo was pictured having a great time with pal Tobey Maguire on a boat to Le Club 55 in St Tropez.

Maguire was part of his infamous ‘Pussy Posse’- a group which spent several years in the 190’s partying all over New York, with members including David Blaine, Jay Ferguson, Josh Miller, Ethan Suplee and Scott Bloom.

Beregova and Di Caprio did not immediately respond when contacted for comment by DailyMail.com.

The Academy Award winner split with his much younger girlfriend Morrone ‘quietly’, ending their relationship earlier this summer, a source told The Sun on Tuesday.

Insiders close to DiCaprio claimed to the publication that he and Morrone had been growing apart recently.

‘Leo and Camila ended their relationship over the summer,’ a source said. ‘There are no bad feelings between them. It just came to a natural conclusion.’ 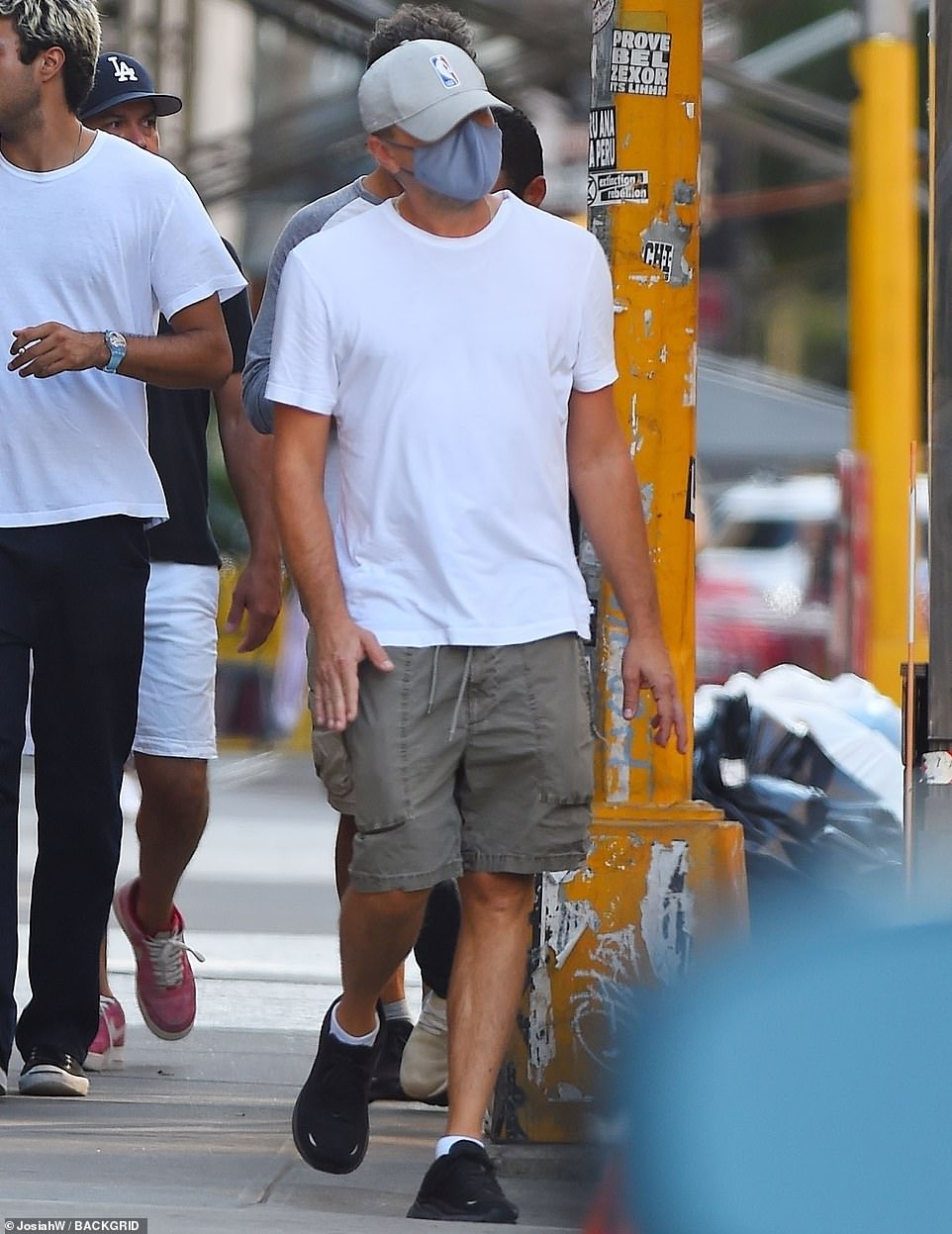 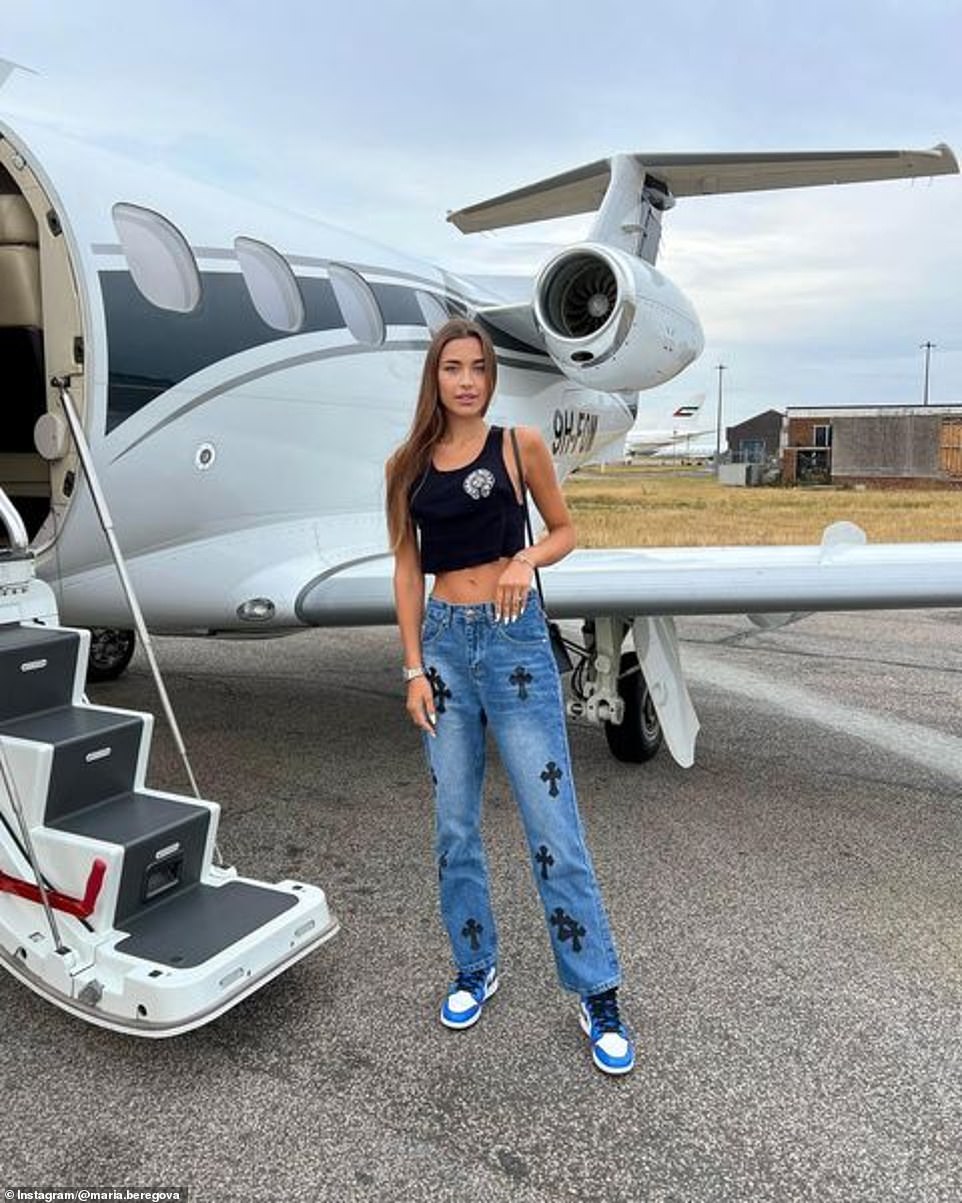 Bergeova doesn’t miss an opportunity to show off her fabulous figure and designer handbags and clothes on her social media. Currently she follows the Titanic star on Instagram, but he does not follow her back 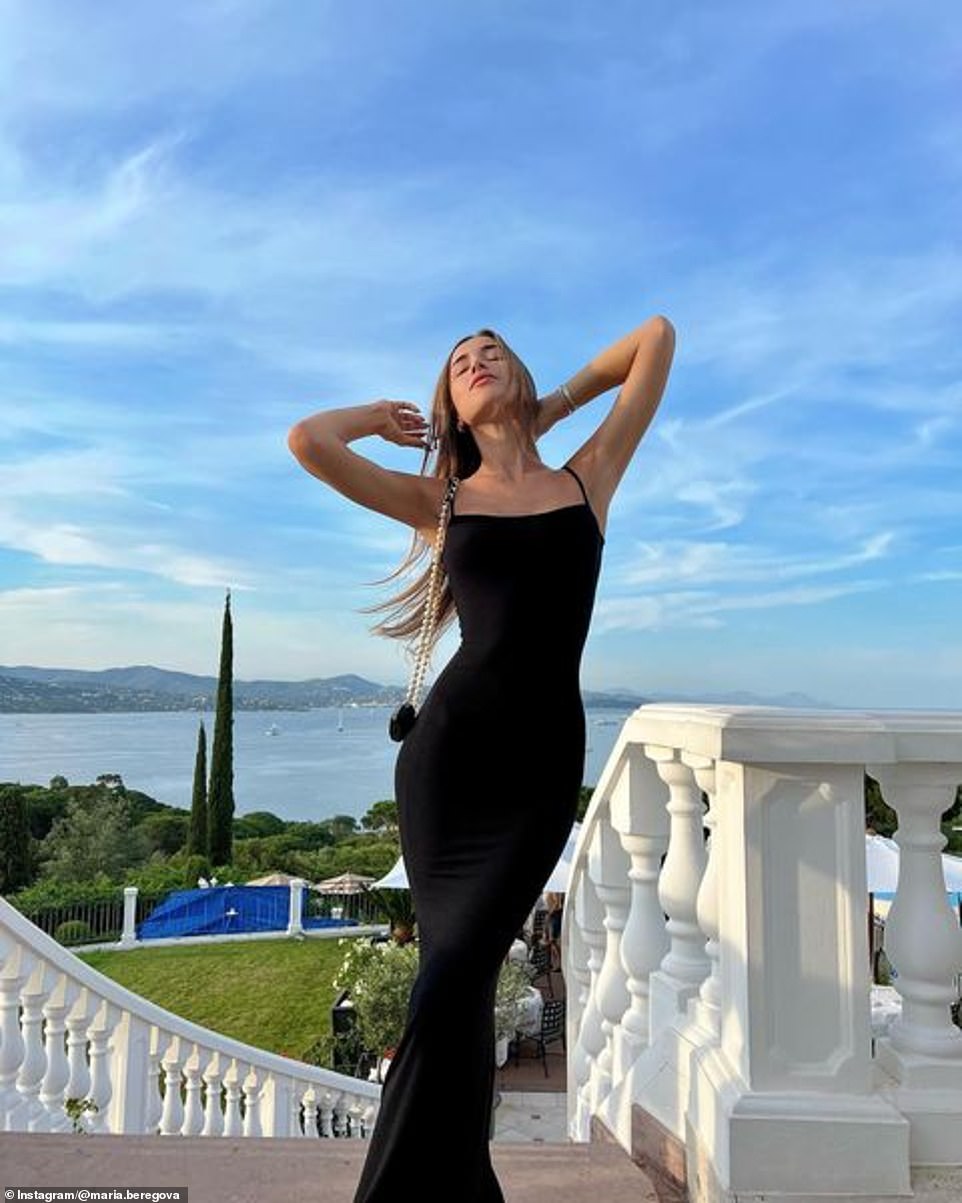 Beregova posted several stunning pictures in Saint Tropez, as well as showing off her luxury room at Villa Belrose costing $1,220 a night 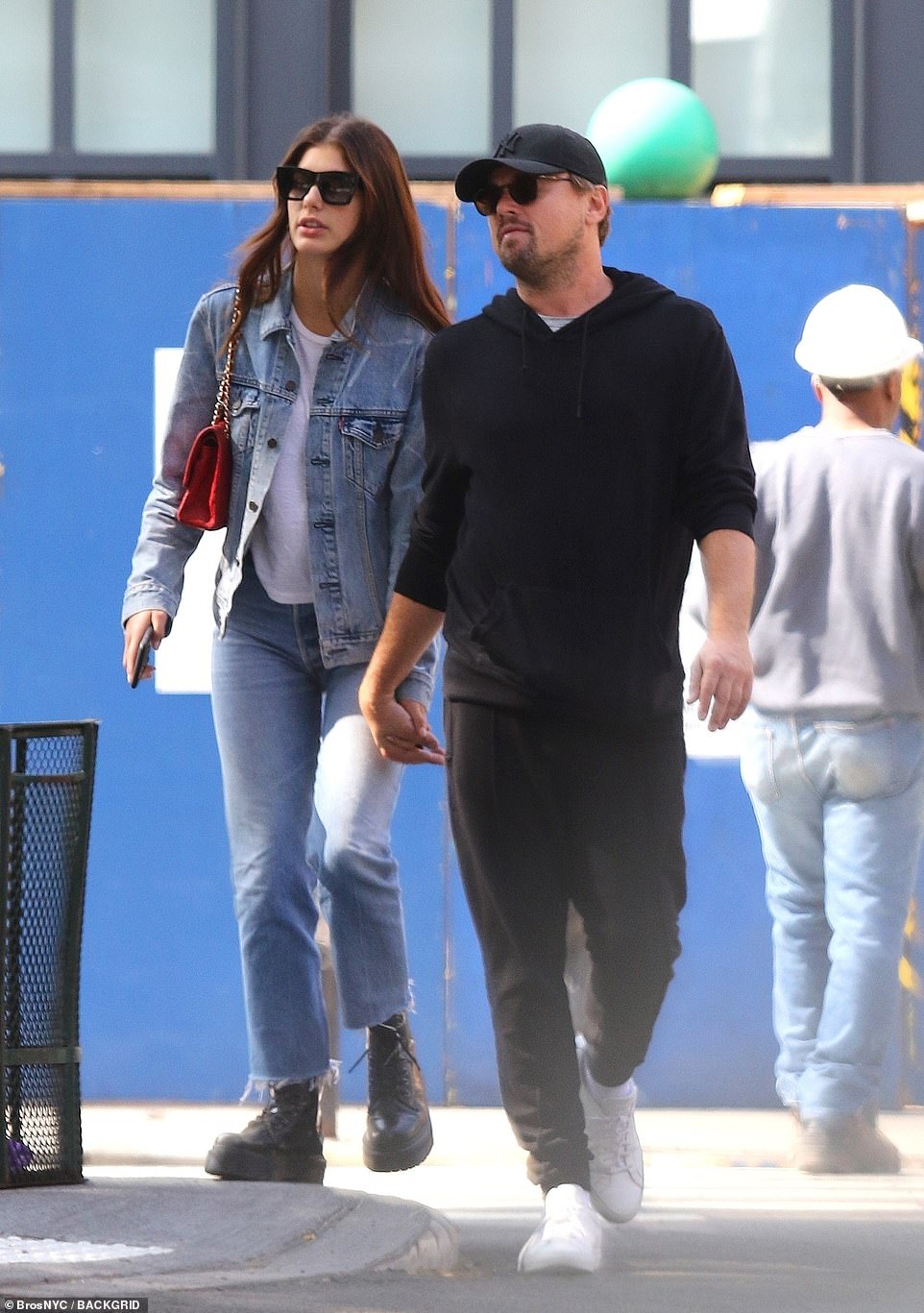 Leonardo and his girlfriend Camila Morrone, 25, ended their relationship earlier this summer after five years together, a source told The Sun on Tuesday; Camila and Leo seen in 2019 in Manhattan

The Revenant star, who is Camila’s senior by 22 years, was first introduced to Camila in 2008, when she was just 12.

His longtime friend Al Pacino, who had dated Camila’s mother Lucila Solá for years, made the introductions, and Leonardo remained friends with the family.

Leonardo and Camila officially got together sometime in 2017, following his breakup with model Nina Agdal just days before the Cannes Film Festival, though representatives for both initially denied that they were together.

The two raised their relationship’s profile the following year, when they attended Ellen DeGeneres’ birthday party together, and they were seen later in the year showing off PDA at Coachella.

Throughout 2022 the two were spotted being affectionate and DiCaprio was even seen taking the dogs that Camila had fostered on solo walks.

In June, the Wolf Of Wall Street star was pictured on a beach outing with his father and Al Pacino, whom Camila considers to be her stepfather, even after his split from her mother.

Now Camila appears to have joined the ranks of Leo’s ex-girlfriends, none of whom are known to have dated the actor past the age of 25, after her 25th birthday in June.