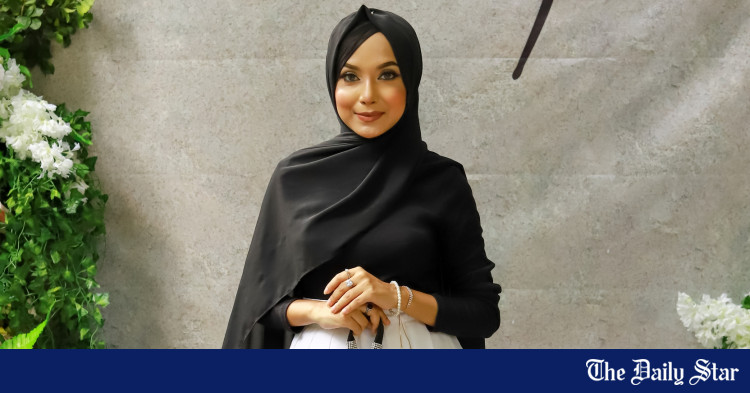 Modest and fashion might be two words seldom put together, but changing global perspectives made its popularity a reality. It is by no means a new idea, as people, and women, who preferred to dress modestly have always been around, but the idea to cater to this growing population specifically is only just catching on. Some choose it to comply with religious practices, others for simple personal preference; however, modest fashion is not about the hijab or headscarf alone. It relates to anyone who is partial to loose, flowy clothes, often in multiple layers, like capes, wraps and loose jackets, with the intention of not displaying the shape of their bodies prominently.

It can be argued that modest fashion as we know it today has its roots in Islam. Scholars believe that the Quranic instruction on clothing is given in verses 30-31 of Chapter 24. It tells believing men and women to lower their gazes, and for women to cover themselves so as to not reveal any of her beauty except which that is naturally apparent, and also to not behave in a way meant to specifically attract the opposite sex. Modesty in Islam is thus not just about the fabric on the head; it also demands behaving in a modest and gentle way.

The concept of modest fashion seems to adjust well with Islamic clothing rules, which require men and women are required to wear clothes that do not reveal the wearer’s shape, are not transparent or too attractive with the intention of luring the opposite sex. The rules do differ for men and women in their implications though — men must cover from navel to below the knee, and women should cover everything except the hands, feet, and face, and some women choose to cover those too, depending on the schools of thought within Islam that they follow.

It seems that modest fashion has become more visible with Muslims becoming more visible in the West, as they try to blend in but also adhering to Islamic rulings.

“Young women are learning more and more about the scriptures and exploring the beauty of their own selves in modest wear. While a major portion of the community is choosing it for religious reasons, others are choosing it for grace, class and its sole purpose; which is appearing plain, and modest,” says Hanium Maria Chowdhury, CEO and Founder of Tahoor Life Style.

According to Chowdhury, the beauty in modest wear is undeniably breath-taking. Those who adore modest fashion, not necessarily wear a headscarf, however, might use it as a stole, or a drape, adding more elegance. A flowy outer wear can only add more fresh feminism. And anything beautiful, feminine and graceful gets effortlessly acknowledged.

“How can people not respond positively towards something so elegant and beautiful?” says Hanium Maria Chowdhury.

“Apart from religion, I find that we as human beings are more than just our bodies, and in these times of rampant hyper sexualization of the female form on all sorts of communication media, modest fashion is an interesting way of taking away that focus,” says Sania Aiman, a postgraduate student at SOAS for 2022-23, about her reasons behind opting for modest clothing.

She adds, “I do intentionally refrain from minimizing myself in public with my choice of clothes, and refuse to become invisible or a shapeless part of the background. I love bright colours and interesting combinations, cuts, and styles.”

Shahana Huda, a Senior Coordinator, Media and Communication of the Non-Government Organization (NGO) Manusher Jonno Foundation, promoting Human Rights and Good Governance observes, “Many people in Bangladesh now think that the hijab or head scarf is a brand of Islam, and the girls who don’t don it are indecent, and remain vulnerable to sexual harassment. Or the hijab protects a girl from such harassment. But there are women and girls, while covering their heads, still carry on with body hugging, see-through dresses. There is a big difference between these hijab wearers and those who wear it for religious rulings on the veil.”

Up until the ’90s, Bangladeshi women only put the sari’s anchal or loose end over their head, and some families had the women wearing burqas, but no hijab.

After our expatriate workers saw women in the Gulf regions and Malaysia wearing abayas and hijabs, they brought these for the women in their families back home. This is how hijab was accepted into the middle class, as well as the villages and cities of Bangladesh.  After this, some women took on the hijab as part of following religious edicts. They also adapted their lifestyles and outlook to the same concept.

But the wave of hijab acceptance in Bangladesh began in the 2000s, when women from all classes, influenced by the fashion trends in Turkey, Malaysia, Egypt, Indonesia etc. started to wear the head cover with the slogan — “hijab is my choice.”

“Girls are vulnerable in every situation; it has nothing to do with fashion, it is a matter of ill luck whose wrong attention you catch,” Huda feels, adding that following modest fashion or wearing modest clothes cannot protect women from violence. Some men are so corrupt that even if a woman were covered in totality, they would still lust after her.

Hanium Maria Chowdhury says, “I am not sure if modest fashion is gaining popularity because of peer pressure, or as protection from harassment and violence, or from truly believing in religious sentiments, but I believe all of the above and more are true; every individual has their very own take on choosing modest wear. Among many, a growing reason is because modest fashion is simply fashionable, desirable because of its elegance and grace.”

“I feel how a person chooses to dress is just one of the ways of self-expression. The influence of Islam is significant in my decisions, and there is a conscious decision-making process where I think about my actions in the light of religion as I understand it. Dressing the way I do, conservative and always with head covered, is a result of that,” Aiman says.

“I have unconsciously but surely developed a very personal style, influenced by my religious sentiments and my personal ethos. Whatever I choose to wear is within the guidelines of hijab as far as I am capable of. It is also comfortable and long-lasting, for I believe in making sustainable choices,” Aiman elaborates.

Modest fashion is a growing trend around the globe because Islam is growing, Muslims are coming back to their religion and many women unmotivated by religion, are taking back their choice to be modest.

Modest wear is still associated with religion. But in reality, it probably is just a state of philosophy more than religion.