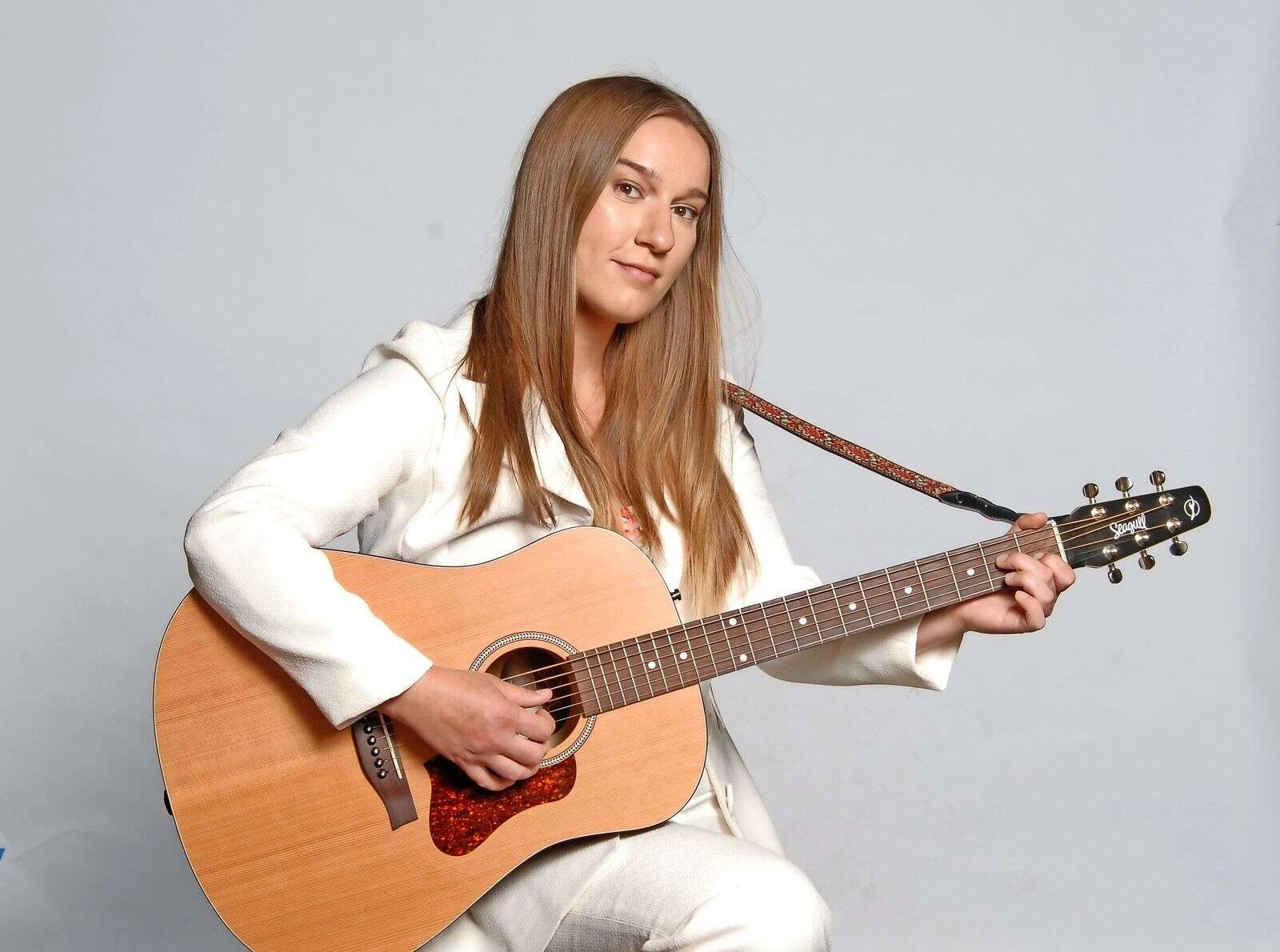 *Note: To submit your event to Tempo, email information to [email protected]

Camelot Theatre: 101 Talent Ave. Talent. Tickets and information are available at camelottheatre.org, or by calling 541-535-5250. You can also purchase special rates and group packages. The Box Office is open from noon to 5 p.m. on Mondays through Saturdays. Call the box office or visit the website for current COVID-19 requirements.

‘Spotlight on Joni Mitchell’Among the 1960s singer-songwriters, none were more adventurous, incisive or influential than Joni Mitchell. Her melodious music and personal lyrics make her one the most authentic artists of all time. Her unique style of playing the guitar is widely recognized as a performer. Mitchell’s unflinching struggle for her own artistic independence has made her a role model for many other musicians. She was first famous for her pen work. “Both Sides Now”Judy Collins’s first hit song was “Judy Collins”. In 1968, her first album was released. It featured her voice and her acoustic guitarist with almost no accompaniment. This performance features her hits, including “Big Yellow Taxi,” “Both Sides Now,” “Chelsea Morning,” “Free Man in Paris,”You can find out more. Spencer Funk directs Julia HoldenHunkins as Mitchell. Performances are scheduled for Thursdays through Saturdays at 8 p.m. and Sundays at 2 p.m., Aug. 5-28. Tickets are available for purchase at the door starting 10 minutes before curtain time.

‘Catch Me If You Can’Based on the hit film and an amazing true story “Catch Me If You Can”This musical comedy is about following your dreams and not being caught. Frank Abignale Jr., a precocious teenager, sets out to find fame and fortune. With nothing more than his boyish charm, a big imagination, and millions of dollars in forged checks, Frank successfully poses as a pilot, a doctor, and a lawyer – living the high life and winning the girl of his dreams. When Frank’s lies catch the attention of FBI agent, Carl Hanratty, he pursues Frank across the country to make him pay for his crimes. Directions by Jonathan Pratt and Todd Nielsen Tickets are $20-$38.

Oregon Cabaret Theatre is located at 241 Hargadine St. (corner of First and Hargadine streets in Ashland). You can find information and tickets at oregoncabaret.com. Or call 541-488-2922. Pre-show dinners and brunches require reservations. Reservations are not required for appetizers, beverages or desserts. Check the website or phone the box office for current COVID-19 requirements. Rush tickets for students are $15 and can only be purchased 30 minutes prior to curtain time with valid ID. Group discounts available.

‘The Full Monty’: While spying at their wives at home “Girls’ Night Out,”A group of Buffalo’s unemployed steelworkers sees how much women love watching male strippers. Jealous, out of work, and feeling emasculated, the men come up with a bold and unclothed way to make some quick cash — a strip show of their own. Based on the cult film of the same title. “The Full Monty,”A ten-time Tony Award nominee, it is filled with genuine affection, engaging melodies, and the most anticipated closing number of any show. Performances will take place from August 4 through September 4. It would be a movie. “The Full Monty”R is for coarse language, adult situations and nudity. Tickets cost $43, $39 and $29.

‘Sherlock Holmes and the Final Problem’: Sherlock Holmes’ skills are put to the test when he goes head-to-head with his intellectual equal, criminal mastermind Professor Moriarty. After repeated attempts on his life, Holmes is rejoined by his recently married friend Dr. Watson and the two attempt to thwart the Professor’s plans on a continent-spanning theatrical adventure that takes the audience from the safety of Holmes’ flat at 221B Baker Street to the heights of Reichenbach Falls in Switzerland. Performances will take place from Sept. 15 to Nov. 6 at 8 p.m. on Thursdays through Saturdays, as well as Mondays and selected Wednesdays at 1 p.m. It would be a movie. “Sherlock Holmes”PG is for coarse humor, violence and adult situations. Tickets are available at $43, $39, or $29.

O! digital: OSF’s interactive and immersive digital content platform, O!, can be accessed for free at osfashland.org/digital. Some content, including streaming plays, will be available for a fee.

‘Once on This Island’: Once on a golden and verdant Caribbean island, a little girl is rescued from a disastrous storm by four gods — Asaka, Mother of the Earth; Agwé, god of Water; Erzulie, goddess of Love; and Papa Ge, demon of Death. This is the story of Black joy, sorrow, isolation and love triumphant over all forces. This Tony Award-winning musical, told with Caribbean rhythms & instruments, is a testimony to the fact that a beautiful story can inspire and heal all. Lili-Anne Brown is the director. Tickets range from $35 to $75. The show runs until Oct. 30 at the Angus Bowmer Theatre.

‘The Tempest’: Prospero, the banished, has lived on a magical island for 12 years and used magic to subjugate its inhabitants. He is consumed with vengeance and conjures a storm to bring onboard a passing ship carrying his enemies. They are then at the mercy his supernatural machinations. This Shakespeare classic plays explores the good and the bad of human nature. Nicholas C. Avila will direct. Tickets range from $35 to $75. The show runs through October 15, at the Allen Elizabethan Theatre.

‘Revenge Song —A Vampire Cowboys Creation’: Buckle up for a musical story about Julie d’Aubigny — a queer 17th-century rule-breaking, sword fighting, opera-singing transgressor of boundaries. It’ll be loud, it’ll be rowdy and hilarious! Qui Nguyen (OSF’s “Vietgone” and Disney’s “Raya and the Last Dragon”This irreverent take on French History is somewhere between comic books and superheroes. It asks what it means for you to break through your roles and become who you really are. Music by Shane Rettig. Lyrics by Qui Nguyen, and Robert Ross Parker. Robert Ross Parker will direct. Tickets range from $35 to $75. The show runs until Oct. 14 at the Allen Elizabethan Theatre.

‘King John’: A corrupt monarch confronts an unruly court, and fights to keep the crown at all cost through political intrigues and warmongering. “King John” features a cast of 12 female and non-gender-binary performers — speaking directly to our current fractured political moment and bringing new meaning to Shakespeare’s powerful play about power itself. Rosa Joshi directs. Tickets range from $35 to $75. The show runs from Aug. 17 to Oct. 28, at the Angus Bowmer Theatre.

‘Confederates’Despite being more than a century apart, an enslaved woman and Union spy turned professor in a modern private university are both facing similar struggles. Dominique Morisseau, MacArthur genius award-winner, takes us through time to discover the identities of two Black women. She also explores the effects of racial bias and gender bias on American systems today. Nataki Garrett directs. This is the American Revolutions Commission West Coast Premiere. Tickets range from $35 to $75. The show runs August 23-Oct. 29, at Thomas Theatre.

Randall Theatre, Ghostlight Playhouse, at 115 E. Main St. in Medford. Information and tickets are available at randalltheatre.com. You can also call 541-690-8888 for more information. Pick-your price tickets are available 30 min before shows start, subject to availability. Check the website or contact the box office for current COVID-19 requirements.

‘Waiting Star’Randal Theatre presents “Waiting Star,” a romantic, musical comedy based on characters found in Shakespeare’s “Henry IV, Part One”, “Henry IV, Part Two” “Henry V.” The story follows Shakespeare’s favorite rogue, Falstaff, and his frequent tavern companion Prince Hal. Hal is destined to become one of England’s greatest kings but, at this point in his life, the only thing on his mind is where the next tankard of ale will come from. Then one night, a mysterious young woman comes into the Boar’s Head Tavern claiming that she is Falstaff’s long lost daughter. This sets into motion a series of events leading to romance and a plot to take down the crown – all served up with a side of Falstaff’s shenanigans. Performances are scheduled for Fridays and Saturdays at 7:30 p.m., and Saturdays and Sundays at 2 p.m., Aug. 5-21. Tickets cost $20. A livestream of the performance can be purchased for $15.