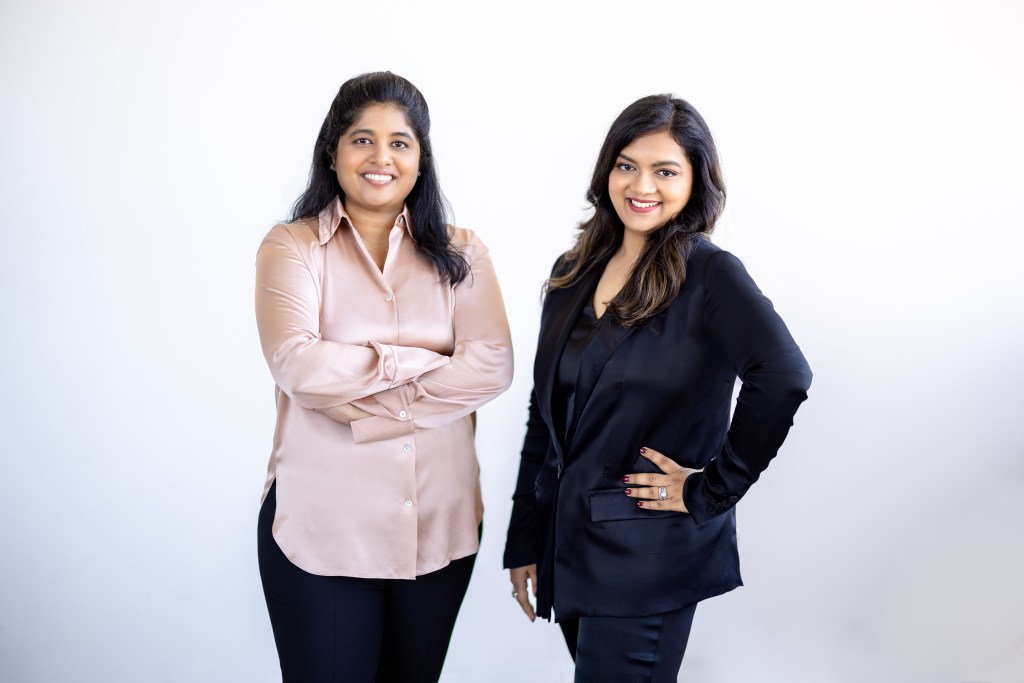 NEW FUNDING: Lily AI, a product attributes platform that ensures fashion companies and consumers speak the same language, has closed a $25 million Series B round.

The round saw the participation of new and returning investors including Canaan Partners, Conductive Ventures, Sorenson Ventures and New Enterprise Associates.

The new financial backing is meant to support the California-based start-up’s plans to grow its business further into mid-market retail e-commerce brands; branch out into home and beauty, and expand geographically, with an eye toward the U.K. and Europe. It also plans to offer further applications within the retail stack.

Lily AI was created in 2015 by entrepreneurs Sowmiya Chocka Narayanan and Purva Gupta as an AI-empowered app with emotional intelligence for fashion shoppers, with initial funding from investors such as Unshackled Ventures, an early-stage venture capital fund for immigrant-founded start-ups.

Initially, the female-led company looked to build an emotional intelligence-powered shopping experience, available through an iOS app, that used machine learning to understand a woman’s preference and body perception to offer confidence-boosting recommendations.

Its seed funding round led by NEA and Unshackled Ventures raised $2 million. In 2020, it secured $12.5 million in Series A funding from Canaan Partners, NEA and Fernbrook Capital Management, which allowed the company to pivot from its earlier app-based solution toward an enterprise product offering that focuses on creating customer-centered product taxonomies to improve e-commerce site search, demand forecasting, merchandise planning, product recommendations and discovery as well as search engine optimization and marketing.

“The language of the consumer is basically where we use deep image recognition technology [and] industry-leading AI capabilities [to] read images and text, extracting attributes that matter to the end consumer,” Gupta, the company’s chief executive officer, explained to WWD.

Gupta said the Series B funding arrives “at an interesting point where we have proven with the first few applications [where] we’ve been able to solve a technology problem through image recognition.” It has then shown fashion companies the impact that feeding the resulting product attributes could have on the short term, which the executive estimated at up to 10 percent of a business’ revenue. It counts Bloomingdale’s, Gap Inc., Macy’s and ThredUp among its U.S.-based clients, and the executive said they were in talks with “a very large U.K.-based retailer.”

The key learning of what Purva deemed a “really good validation and product market fit” phase is that “it’s become very evident that product attributes are really underused, which is a massive opportunity for retail,” she continued, where in time, the taxonomies developed using Lily AI could impact the whole retail value chain, influencing anything from assortments offered to the copy written in product descriptions.

Gupta said Lily AI was a lone player that addressed the quality of the data being fed into systems, a pain point for companies, which are constantly challenged to upgrade their enterprise tools across the retail value chain.

“Nobody wanted to solve the hard problem and do the dirty work. You get a new search engine, you get a new recommendation engine, you get a new demand forecasting application [and] the first thing that they asked the brand or retailer is ‘can you give me your product attribute data?’ That today is being done manually [using] vernacular, inaccurate, incomplete [taxonomies], so everybody is just building on top of bad data,” she said.

Describing founders Gupta and Narayanan as “leaders capable of redefining a sector” who “developed a world-class, scalable platform that’s reinventing modern retail,” Maha Ibrahim, general partner at Canaan, stated that “Lily AI has proven the power of product attribution in empowering shoppers, boosting conversions and increasing revenues for some of retail’s most admired brands. We’re excited to see what’s next.” ⁠— LILY TEMPLETON

SCAD’S NEW DEAN:  Dirk Standen has been tapped as dean of the Savannah College of Art and Design (SCAD) School of Fashion.

He will oversee SCAD’s undergraduate and graduate degree programs of fashion design, fashion marketing and management, fibers, accessory design and jewelry design at the university’s Atlanta and Savannah, Ga., locations. He will be based at the Savannah campus, and his appointment is effective immediately.

Standen succeeds Michael Fink, who served in that role for 12 years, and retired in the last academic year.

Standen joined SCAD in fall 2021 as a professor of fashion marketing and management.

“Since my first day as a professor at SCAD, I have been deeply impressed by the quality of our students’ work and the caliber of our programs,” Standen said. “I’m delighted to take on a larger role in growing the School of Fashion and shining a light on the accomplishments of its students and faculty. SCAD offers a unique combination of technological and artistic innovation, global reach and a deep connection to two of the most dynamic, fast-growing cities in the U.S., and I’m excited to be part of that trajectory.”

Standen previously was editor in chief of the website Style.com and when that was shuttered went on to become the founding editor of 23 Stories, Condé Nast’s creative agency. His writing has been published in Vanity Fair, Vogue, Tatler and GQ.

“Dean Standen is a forward thinker who has a deep understanding of style and luxury as well as a clear vision for the future of high fashion and the potential of circular economies and virtual commerce,” said Jesus Rojas, SCAD’s vice president of academic services. “SCAD is amongst the top ranked, leading fashion schools in the world and with the addition of our new dean, Dirk Standen, we will now take fashion to the next level.” ⁠— LISA LOCKWOOD

British perfume house Penhaligon’s has always had royal associations. Its founder, William Henry Penhaligon, was the court barber and perfumer to Queen Victoria.

After Queen Victoria’s death, Penhaligon created the company’s longest surviving scent for the Duke of Marlborough named Blenheim Bouquet as an ode to Blenheim Palace. The bespoke fragrance turns 120 this year.

Now, the brand has collaborated with Charles, Prince of Wales, on a fragrance called Highgrove Bouquet, inspired by his private residence with his wife, Camilla, Duchess of Cornwall. One of the main ingredients used in the fragrance is weeping silver lime, which grows in the couple’s garden.

Highgrove Gardens opens every year between April and October to allow visitors a sneak peek into Charles and Camilla’s life in the English countryside.

The proceeds of the fragrance will be donated to The Prince’s Foundation, with 10 percent of proceeds to help fund the charity’s training and education programs, including those in heritage crafts, traditional arts, horticulture, fashion and textiles, and sustainable food and farming.

The prince has been strengthening his ties with the beauty industry. He recently announced a three-year mentoring partnership with luxury brand Molton Brown for disadvantaged young people in the U.K.

The project with Penhaligon’s factors in Prince Charles’ sustainability efforts. The collaboration has replaced plastic with 100 percent recycled and recyclable paper and sugar cane eco-foam, and printing uses all organic ink, free of mineral oils.

Penhaligon’s other famous royal connection is Diana, Princess of Wales, who used to wear the brand’s Bluebell fragrance and would often spritz it on the inside of her blazers. — HIKMAT MOHAMMED

ZEGNA’S TEAM: Zegna on Wednesday revealed that it will design the official off-field uniforms for the Real Madrid soccer and basketball teams, starting with the 2022-23 championship season.

The collection will be unveiled in Madrid on Sept. 30 with an exclusive event. Designs and sketches have not yet been released.

The new Zegna logo — which was unveiled last November as part of a rebranding ahead of the company’s IPO — will be further amplified via the partnership with Real Madrid. The uniforms will be specifically made to measure for the team’s players and versions will also be available to shop in selected Zegna’s boutiques.

The partnership was born from the shared values that the Italian luxury menswear brand and the Spanish team share. Indeed, both companies have a rich history.

Real Madrid was founded in 1902 while Zegna began its production in 1910. Over time, Zegna has become a leader in the textile and luxury menswear industries and Real Madrid is recognized as one of the most important soccer teams in the world with 14 Champions League victories.

The team was awarded the title of Best Club of the 20th Century by FIFA, and has one of the largest followings across the world: an estimated 350 million fans.

This is not the first time that Zegna has collaborated with a sports team. In 2016, WWD reported that the Italian brand inked an agreement to design and provide the official men’s off-field formal and leisurewear attire for China’s national soccer team and Under 22/Under 23 team. In 2018, the Zegna Group furthered its support to China men’s national soccer team by sponsoring the first “Rising Star” training program, unveiled in Beijing. — ALICE MONORCHIO