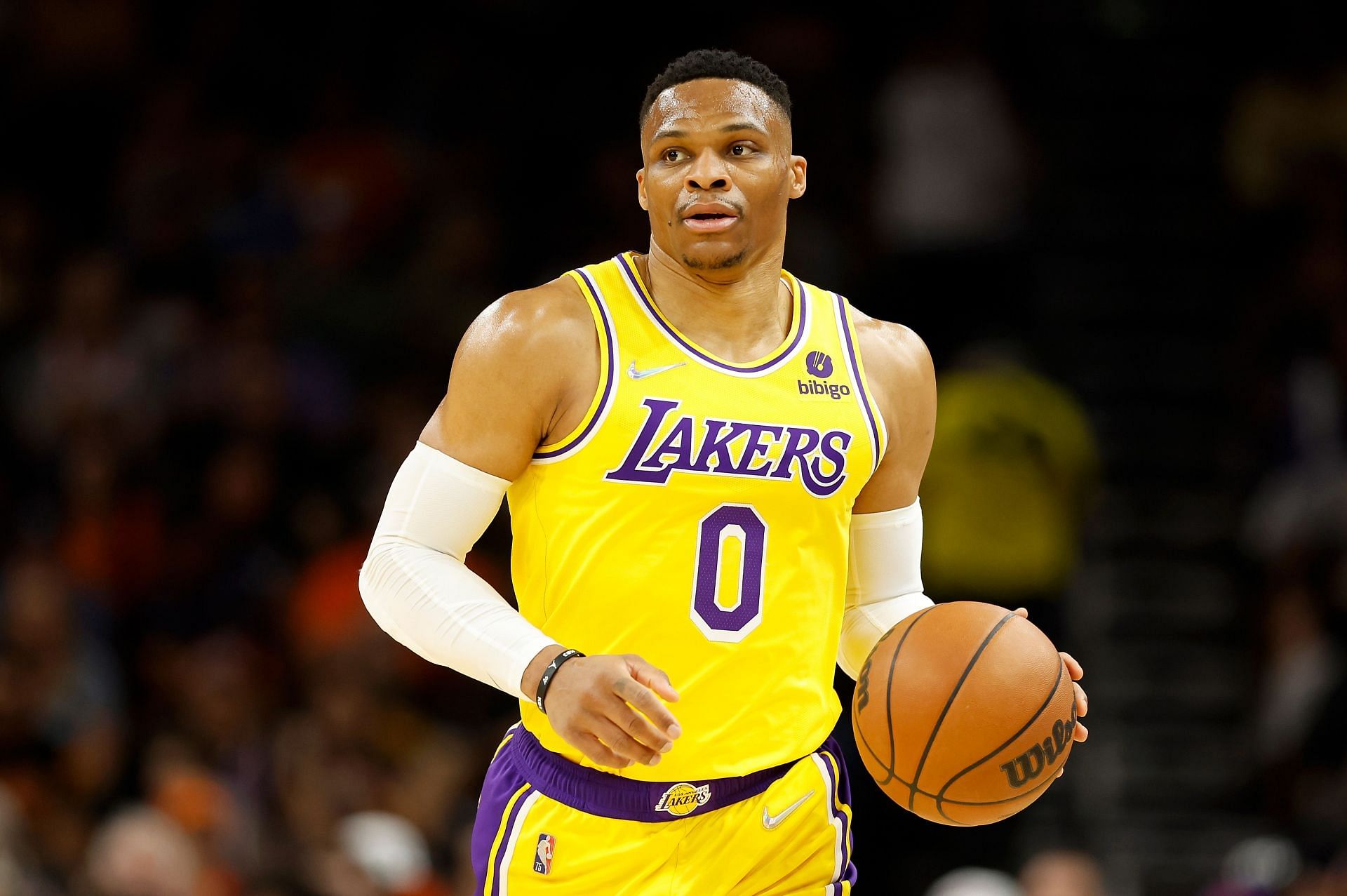 LA Lakers point guard Russell Westbrook is catching stray bullets because of his flair for fashion. Skip Bayless recently accused the former MVP of spending more time on lifestyle wear than working on his game.

LeBron James is headed to Seattle over the weekend as he headlines a group of NBA players who will play in The CrawsOver. The pro-am tournament has been organized by former player Jamal Crawford.

LA Lakers GM Rob Pelinka calls James “a driving force of Lakers culture” after the four-time MVP opted to sign a two-year extension. “King James” will undoubtedly remain the most influential player on the Lakers side over the next two years.

Here are the latest news updates involving the LA Lakers as of Aug. 20, 2022:

Skip Bayless has been a brutal critic of Russell Westbrook over the years. The “Undisputed” co-host was back at it recently with another shot at the embattled LA Lakers point guard. He said on “Skip and Shannon: Undisputed”:

“Russell Westbrook does not fall in line. He just doesn’t. He was not born falling in line. He’ll fall on your head if you don’t watch it, but he won’t fall in line behind you.

The former MVP played his worst season in more than a decade and was blamed by most basketball analysts and fans for the Lakers’ failure. After a season highlighted by erratic playmaking and poor shooting, many hoped that Westbrook would tirelessly work on his game.

However, his tenure with the LA Lakers seems to be on borrowed time. After LeBron James signed an extension, the Tinseltown squad’s front office reportedly assured James of an aggressive approach to improving the team.

That aggressive pursuit of championship-level talent, behind James’ influence, is rumored to be directed towards Kyrie Irving. The LA Lakers are hoping that a package including Westbrook and two future first-round picks could entice the Brooklyn Nets into a trade.

Jamal Crawford’s pro-am league caught one of the biggest fishes in the NBA when LeBron James decided to take his talents to Seattle. “King James” previously rocked the Drew League with a stunning appearance alongside Chicago Bulls All-Star DeMar DeRozan.

“SEATTLE LETS GET IT!! Been over 15+ years since I’ve been back and played ball! Well the wait is almost over!! The King is BACK! @JCrossover #ThekidfromAKRON”

The venue can only accommodate 2650 fans and people are likely to line up for a chance to see James and other basketball stars in action.

The LA Lakers got what they wanted when LeBron James signed a two-year, $97.1 million extension. He will have a player option for the 2024-25 season when his son Bronny James is draft eligible.

“LeBron is a generational basketball player who has proven to be even more impactful as a human being. We are thrilled to continue our partnership with him, ensuring he’s a driving force of Lakers culture for years to come.”

“The Lakers platform has proved again and again to be an ideal place for the game’s all-time greats to thrive and achieve. We are thankful LeBron has experienced the power of that.

“With his transcendent talent, unrivaled passion and dedication to causing powerful change in our society, LeBron continues to cement his legacy in Los Angeles and around the globe.”

Before the massive extension was signed, the LA Lakers reportedly assured James that they will aggressively pursue ways to make the team title contenders. A big part of that assurance could be their willingness to attach two future first-round picks to acquire Kyrie Irving.