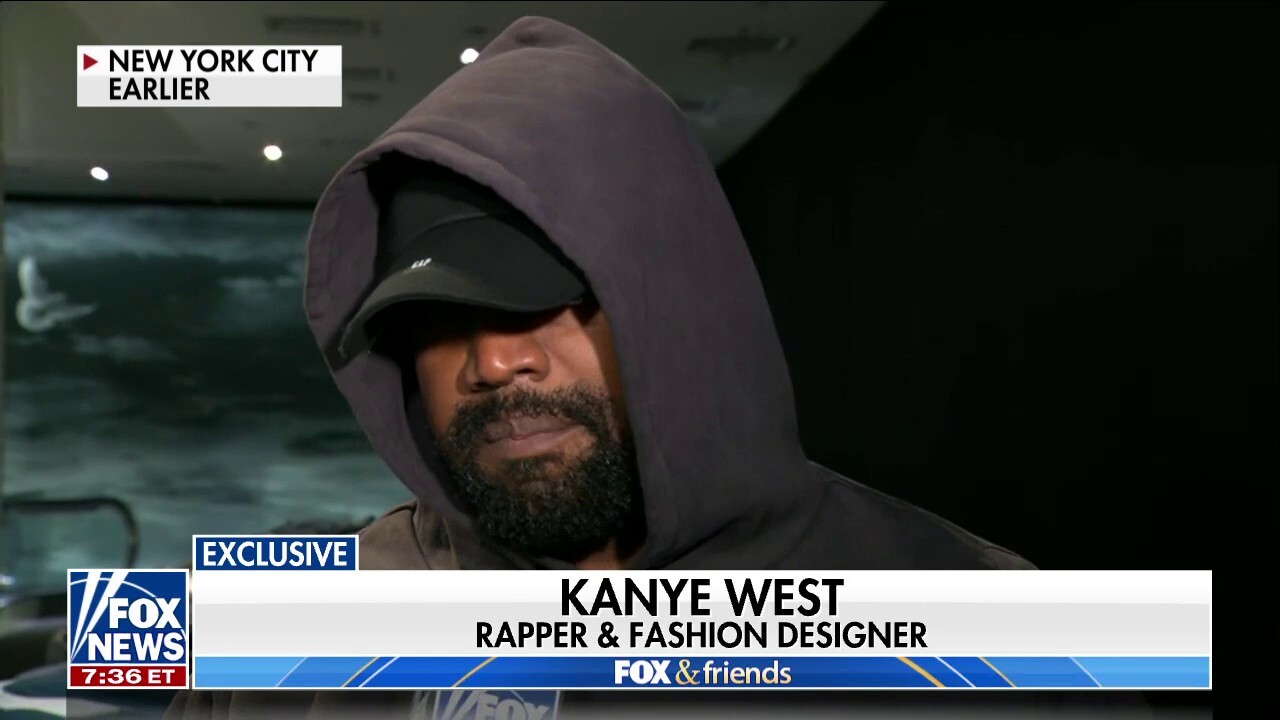 After facing backlash for selling his new Yeezy Gap clothing line in what appeared to be trash bags, rapper and fashion mogul Kanye “Ye” West is defending and clarifying his creative freedom in an exclusive interview with Fox News’ Eric Shawn.

“I’m an innovator, and I’m not here to sit up and apologize about my ideas,” West said, in an interview that aired Thursday on “Fox & Friends.”

“That’s exactly what the media tries to do. Make us apologize for any idea that doesn’t fall under exactly the way they want us to think.”

West, who first announced the Yeezy Gap collaboration in 2020, explained how his message is being misrepresented and misunderstood on a viral social media thread, noting that his goal was trying to make getting dressed easier.

The rapper wanted to challenge traditional fashion conventions by selling the apparel in construction bags, though Twitter users criticized West, believing the look-alike garbage bags were mocking homeless people and those less fortunate.

“I’m up here literally working on homeless shelters. There’s documentation of it where the city came and tore down my creations while I was doing it,” West said. “So no one can tell me I’m insensitive when that stuff that I think about every single day and actually have put my mind and innovation to.”

Clothes are reportedly folded in the large black bags on the floor to encourage shoppers informally reaching in and helping themselves with what they want to buy.

“The whole point of why I came to The Gap was to make egalitarian clothing,” West said. “I remember times being in the [Dominican Republic], going to a store and seeing clothes in bins and just seeing people be happy to have a moment of discovery, to think like children.”

Expanding on the messaging, West said the clothing display intends to make life easier and informal so that we can all basically dress in the dark.

Rapper and fashion mogul Kanye West says he’s “not here to sit up and apologize about my ideas” after facing backlash for selling Yeezy Gap apparel in what appeared to be garbage bags.

West further called out legacy and social media, saying they shouldn’t “clown” creators because it could spread to other innovators and make them feel less brave.

In this Jan. 24, 2015, photo, BET Honoree Kanye West accepts the Visionary Award at the BET Honors 2015 at Warner Theater in Washington.  (Photo by Kevin Wolf/Invision/AP, File)

“I’m fighting for a position to be able to change clothing and bring the best design to the people at a price they can accept,” the rapper continued.

West spoke to Fox News from the Yeezy Gap x Balenciaga experience in Gap’s flagship store located in Times Square, with the rapper noting he’s headed to London next to continue designing this newest fashion vision.

Kristen Altus is a production assistant with Fox News.