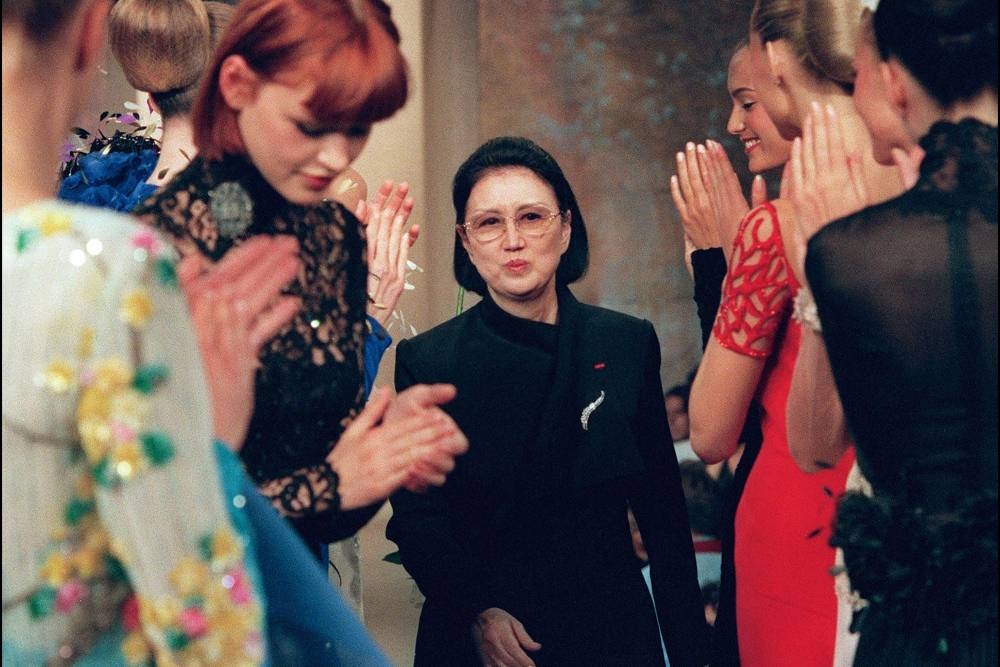 This file photo taken on July 21, 1998 shows Japanese designer Hanae Mori being applauded by her models at the end of her 1998/99 Fall/Winter haute couture collection in Paris. ― AFP file pic

But she was also a pioneer for Japanese women, one of a tiny number to head an international corporation.

Her trailblazing career took her from Tokyo ― where she started out making costumes for cinema ― to New York and Paris, where in 1977 her label became the first Asian fashion house to join the rarefied ranks of haute couture.

Her first collection abroad ― in New York in 1965 ― celebrated the theme “East Meets West.” Japanese fashion greats such as Issey Miyake, who died earlier this month, followed in her path.

Though she shuttered her Paris atelier in 2004, after her last couture show there, Hanae Mori boutiques remain open in Tokyo and her fragrances are still sold worldwide. ― AFP