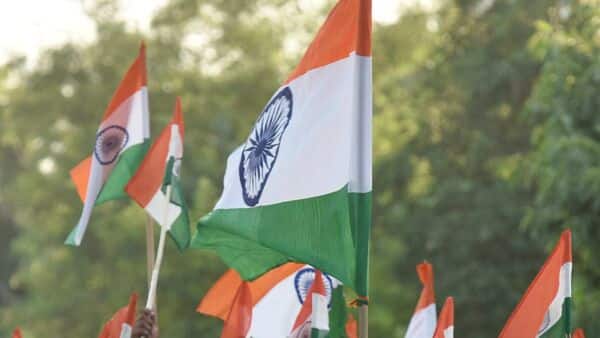 As India celebrates its 75th year of independence, it reminds us of the sacrifices made by unsung heroes and is a good way to remember to forge a nation built on strength and solidarity, to work towards a prosperous India.

The idea of being Atmanirbhar is of utmost importance in realizing the dream of India being an economic superpower. However, economic success does not come easy, especially in today’s interconnected world, where each country’s economic prospects are linked to other countries.

In order to realise the true economic potential, India must pay heed to the role that science and technology play in nation-building, from farm to factories.

We don’t need to look far to see the innovation in science and technology and the kind of impact it has had on the nation. Two instances come to mind, one of a marvellous feat in outer space and one of rising to the occasion and responding in a crisis.

The first one is ISRO’s ₹800 crore Mars mission or Chandrayaan-2 mission, which was famously said 1 to be built at a lesser cost than the Hollywood movie Interstellar.

The other one is of rising to the occasion in the pandemic. From Covaxin which gave India its first indigenous vaccine, to companies which came together to manufacture face masks, PPE kits and work on oxygen concentrators for a population of 1.4 billion people, this was a collective show of not only unity but also scientific prowess.

If we could achieve such wondrous results in a crisis, it begs to ask the question that in normal circumstances, what stops us from achieving our true potential.

An idea is the bedrock of all economic prosperity, and execution of that idea again depends on scientific endeavours. Take any product that you can think of. Without the latest scientific technology and advancement, it would just be an idea. This brings us to another point. If we are indeed aware of the tremendous role of science and technology, we must ramp up spending on research and development. As per a study 2 conducted by the NITI Aayog and Institute for Competitiveness, India’s spending on research and development is the lowest in the world, at USD 43 per capita. The report goes on to highlight that for India to achieve its goal of becoming a USD 5 trillion economy, India’s GERD or Gross Expenditure on R&D needs to increase to 2% of its Gross

Domestic Product. Here, corporates and the government can collaborate to increase spending on R&D.

Does India need a mindset change? A shift in perception of believing in the power of technology not only for mega projects that appeal to engineers and corporates but also at the grassroot level. This subtle shift in thinking of how we apply science and technology will cause tectonic shifts in outcomes.

* Thank you for subscribing to our newsletter.