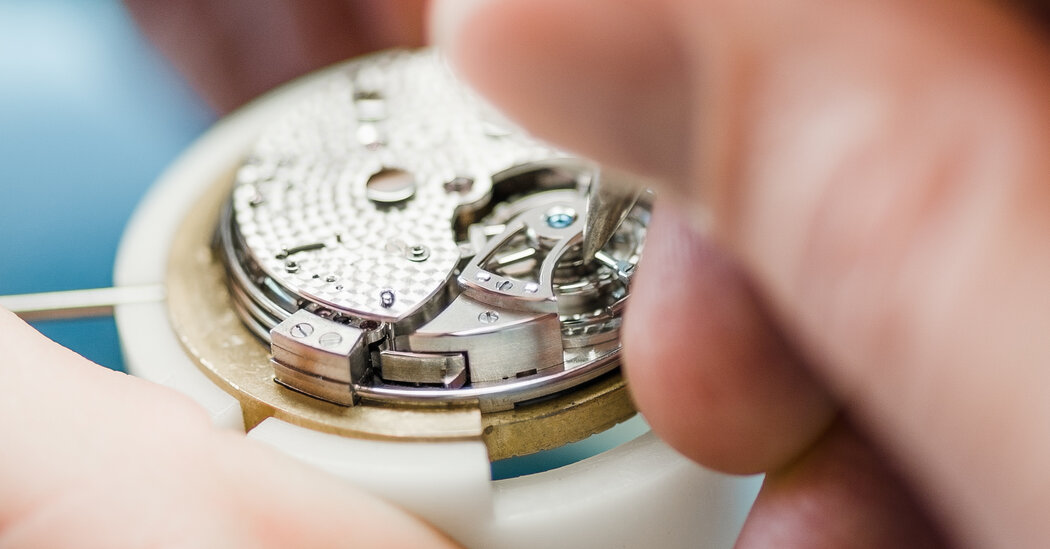 Some of the most respected names in the watch world are creating something the industry has never had: an online encyclopedia of watch terms and techniques.

Called Horopedia, the project is “basically to be the Wikipedia of watchmaking,” its executive director, Marc André Deschoux, said during an introductory news conference on Aug. 30 in Geneva during the Geneva Watch Days trade show. Mr. Deschoux, the founder of Watches TV, a YouTube channel, said that he had been thinking about the idea for several years and that he began to work on it about a year ago.

Philippe Dufour, a well-known independent watchmaker, is president of the board of the Horopedia Foundation, which has been registered in Switzerland as a nonprofit organization.

“I have always been worried about the loss of knowledge and the watchmaking culture for the next generations,” Mr. Dufour wrote in an email. “During my 60 years of watchmaking, I search and receive knowledge from older watchmakers and today, my duty is to transmit it.”

The other board members are Dr. Helmut Crott, a medical doctor who is also a watch historian and founder of the Horological Consultancy, and André Colard, co-founder of the E.P.H.J. (Environnement Professionnel Horlogerie Joaillerie) trade shows for high-precision watchmaking, jewelry, microtechnology and medical technology. All four men, the project’s founders, attended the Geneva event.

The free site, which is scheduled to be introduced in French on Tuesday, will highlight videos. “The focus is on video because we believe that video is the only way to capture the proper gesture of watchmaking, the emotions of people who are behind this craft and this art,” Mr. Deschoux said during the news conference.

“This project has to be useful not only for those behind the benches, but anyone who is interested in watchmaking. This is to be a training tool,” he continued. “The goal is to capture all the watchmaking knowledge. We’re not going to talk about brands, or models, just people and their skills. The notion of independence, of objectivity, of neutrality, is absolutely key.”

The English and German versions of the site are expected to be available by the end of the year. Eventually, the plan is to make it available in about 10 languages.

Mr. Deschoux said Horopedia initially would have about 500 videos, grouped by subjects such as the elements of a watch, the technical aspects of the work and watchmaking schools, produced by six video producers as well as some contributors. And he intends to add 50 to 80 new videos each year.

The site will accept donations and offer subscriptions, but details have not been announced. “We count on donations to help us during the first five years,” Mr. Deschoux wrote in an email, “but then we think this will drop and the subscriptions will therefore cover the long-term financing of the foundation.”