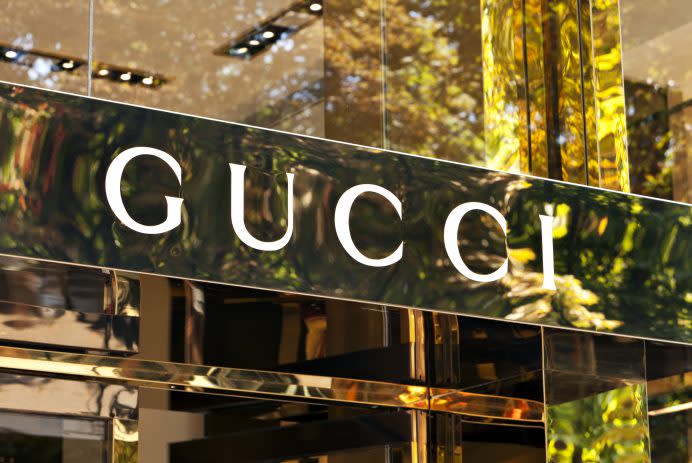 Gucci just got so expertly trolled even the law was not on its side.

What is inflation and what causes it?

The Japan Patent Office (JPO) dismissed a lawsuit by Gucci after it tried to prevent the fashion brand CUGGL from trademarking its logo. It appears the Japanese clothing company decided to have a little fun with the luxury fashion brand. Gucci’s name is internationally recognizable, highly covetable and profitable.

It’s no surprise that an indie company would want to piggyback off of the legacy label, which is likely why Gucci’s representation argued that CUGGL’s actions were done with “malicious intent to free-ride [on the] goodwill and reputation.”

At first glance, CUGGL doesn’t appear to reference Gucci much at all. But the indie brand’s logo is presented with about two-thirds of the word obscured by a strip of paint. The top of the remaining letters that peak through look like they could spell Gucci.

According to the Fashion Law, the JPO declared it “did not find a resemblance between ‘GUCCI’ and ‘CUGGL’ from visual, phonetic, and conceptual points of view.”

It’s a clever way to troll, but satirical brands are also not anything new in fashion. In 2013, Supreme, which notoriously plagiarized artist Barbara Kruger for its logo, sued the makers of parody brand Supreme B**** for $10 million over allegedly copying Supreme’s logo. The case was dismissed.

“Today in IP law: someone registered a trademark for CUGGL as a clothing brand in Japan, and sells shirts with the logo partially obscured. GUCCI sued, JP trademark office states that CUGGL is not similar enough to GUCCI to warrant enforcement,” @halvarflake wrote in a tweet.

CUGGL was founded by Nobukai Kurokawa, an Osaka-based designer known for selling parody fashion T-shirts for $12 to $15 online.

This Brooklyn home office gets a California-inspired makeover with just $1,000:

The post Gucci loses lawsuit against Japanese fashion brand ‘CUGGL’ appeared first on In The Know.

More from In The Know: