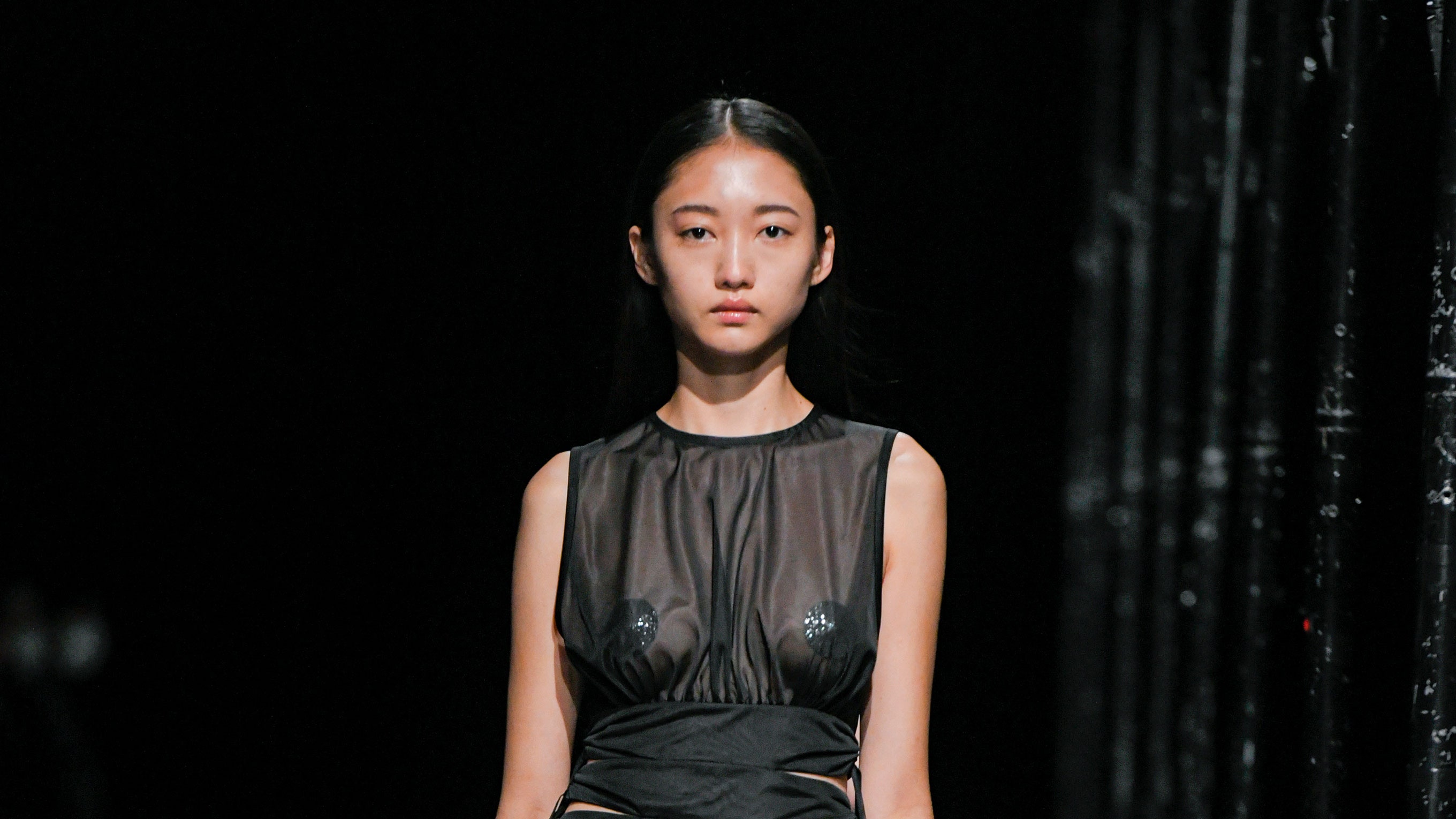 For spring, Fetico designer Emi Funayama found herself drawing inspiration from the Japanese actor and writer Izumi Suzuki, whose science fiction stories gained prominence in the 1970s. Funayama was particularly fascinated by the writer’s “extreme life full of music, alcohol, sex, and drugs,” so she attempted to imagine the types of clothes the eccentric Suzuki would wear if she were alive today.

In recent seasons, Fetico has focused on shapely pieces that celebrate the female form, and Funayama continued that exploration this season. The collection — in mostly shades of black and white — included halter-neck dresses with sheer paneling, mesh dresses, and tulle tops that elegantly exposed the skin underneath. Like in Suzuki’s work, there was a clear aim to provoke thought and challenge the idea of daywear, especially with a lingerie-inspired assortment, which included a leather jumpsuit with white lace trim and circular cutouts at the hip—an unexpected mixture of daintiness and sexiness.

Even more classic pieces had a twist, too. A brown suit had a silky-sheer overlay piece (worn almost like a harness), while denim pieces had heavy pleating and stitching. A black collarless blazer jacket was given a deep-V cut, and was inspired by the cut of a dress once worn by Suzuki. Funayama also introduced footwear this season; flats and platforms featured sharp, square toes. At Fetico, nothing is ever ordinary — there’s always a subversion of classic shapes — and a perfect homage to Suzuki’s spirit.