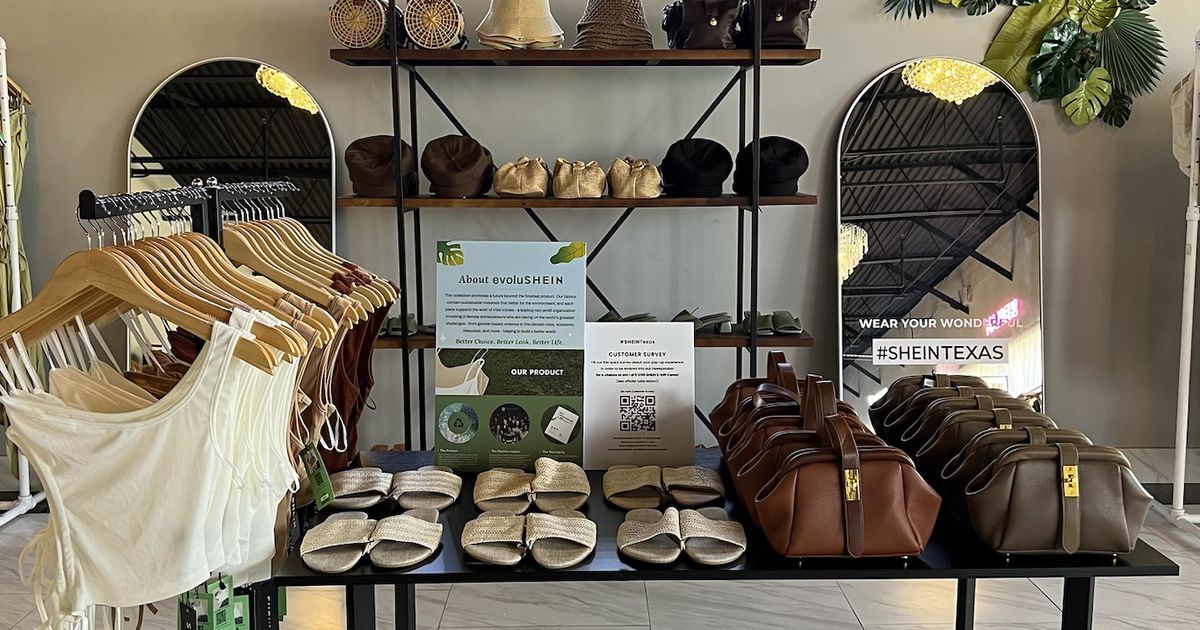 Global e-retailer Shein, known for inexpensive women’s clothing, is setting up a popup shop at Plano’s The Shops at Willow Bend next weekend.

China-based Shein will host a public popup shop on Aug. 26 through Aug. 28, just after making a stop in Houston earlier this month. Items from two Dallas-area designers will be featured — Shelby Hilliard, whose collection is designed to be inclusive with a focus on petite women, and Fort Worth-based Cynthia V. Johnsen, who specializes in women’s wear.

The online retailer has been known for TikTok trends where women will show their “Shein hauls” — multiple fashion pieces they bought from the store, typically at a discount. Some influencers will even hint at online codes to be used at checkout for massive discounts on the already cheap clothing.

Fast fashion, or clothing made in mass quantities at a low price, has been criticized for its effect on the environment.

According to a report from Princeton University, the fast fashion industry exports its products from overseas to avoid the high minimum wages required by the governments in more developed countries. Observers have also expressed concerns about excessive use of water, using plastic microfibers and excessive consumption of clothing. Princeton also points to the use of viscose, otherwise known as rayon, which is extremely detrimental to the environment because it’s made using harmful chemicals and unethical resourcing for the material.

Last month, the fast fashion store was questioned by the culture ministry of Mexico because some details of Shein’s “Fan-Trim Top with Floral Print” were similar to a traditional huipil embroidery made in 2017 by an artisanal clothing brand from southeastern Mexico, according to Reuters.

Shein has nearly 10,000 employees worldwide and sells in over 150 countries, according to its corporate website. The store was founded in 2012 as a business-to-consumer fashion e-retailer by e-commerce expert Chris Xu.