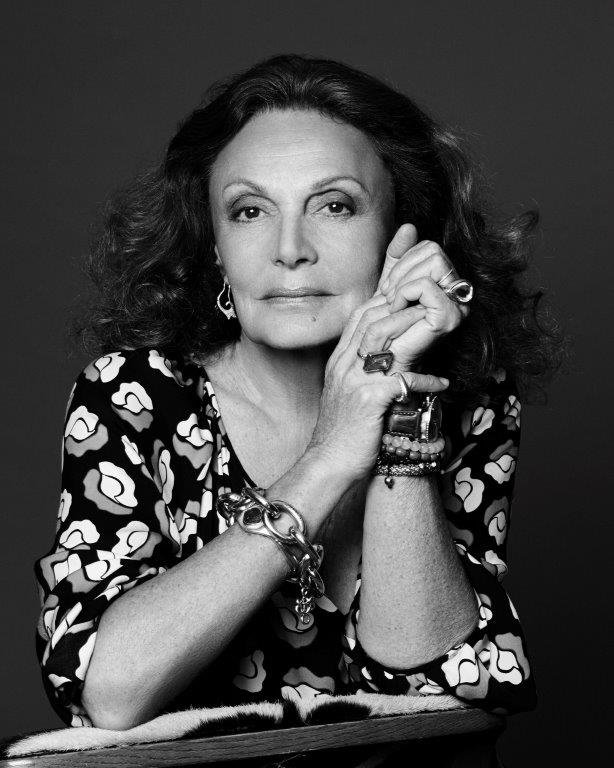 There’s an entry in Own It: The Secret to Life—Diane von Furstenberg’s A-to-Z manifesto on life and living—in which the reader can see how the renowned fashion designer’s philosophy extends beyond the runway and retail. The entry is for the word light. “Light is magical,” she writes. “It changes everything, adds dimension, detail, perspective, and beauty. To look for light is an indisputable pursuit for wisdom and truth.”

St. Louisans will get the chance to learn more about those pursuits from von Furstenberg herself during a free talk, “Conversation with Diane von Furstenberg,” scheduled for 5:30 p.m. October 12 in the Steinberg Auditorium at the Sam Fox School of Design & Visual Arts at Washington University. From noon–6 p.m. on October 11 and 10 a.m.–4 p.m. on October 12, von Furstenberg will also host a trunk show with her Fall 2022 line at the Contemporary Art Museum St. Louis. The talk and trunk show are presented by the Saint Louis Fashion Fund, as part of its “Speaking of Fashion” series, in partnership with Caleres. Ten percent of sales from the trunk show will go to the Fashion Fund, which seeks to grow the fashion industry in St. Louis.

The conversation and ensuing Q&A promises a firsthand account of von Furstenberg’s career, as well as insights into art and fashion. Von Furstenberg is perhaps most well known for her iconic wrap dresses, created in the 1970s, but timeless enough that they earned a spot in a MoMa exhibit. She sold 5 million of them, and in 1976, Newsweek put von Furstenberg, wearing a wrap dress, on its cover and called her “the most marketable woman since Coco Chanel.” Over two decades, von Furstenberg launched a dress business, a cosmetics and fragrance company, as well as ventures in home furnishings, couture, and publishing, becoming not only a fashion mogul but a pop culture icon. She posed for Andy Warhol. Twice. Today, DVF, her lifestyle brand, is sold in 55 countries and includes ready-to-wear garments, shoes, handbags, leather goods, scarves, and jewelry.

Von Furstenberg is also known for her philanthropic work, including The Diller-von Furstenberg Family Foundation and The DVF Awards, started in 2010 to recognize women helping women. Each year, the DVF Awards grant five women and their associated nonprofits $50,000 to further their important work. She is also on the board of Vital Voices, a nonprofit that seeks to support women leaders in the areas of economic empowerment, politics, and human rights.

While in St. Louis, von Furstenberg will receive the Saint Louis Fashion Fund Award, reserved for those making major contributions in the world of fashion. Past recipients include the late André Leon Talley, Dapper Dan, Iris Apfel, and model and former St. Louis resident Karlie Kloss.

“Thanks to our generous partners at Caleres and their signature sponsorship, Diane’s St. Louis visit promises to deliver a once-in-a-lifetime experience for the region’s fashion and design community,” said Susan Sherman, co-founder and interim CEO of Saint Louis Fashion Fund, in a statement. “In addition, Diane’s visit will include special guest appearances by native St. Louisans: former head of fashion and beauty at YouTube and New York Times best-selling author Derek Blasberg and supermodel and entrepreneur Karlie Kloss.”

To learn more about the events and register, visit saintlouisfashionfund.org. Seating is limited and reservations are required.

Woytus is St. Louis Magazine’s deputy editor, covering news and culture. Like this story? Want to share other feedback? Send Woytus an email at awoytus@stlmag.com.