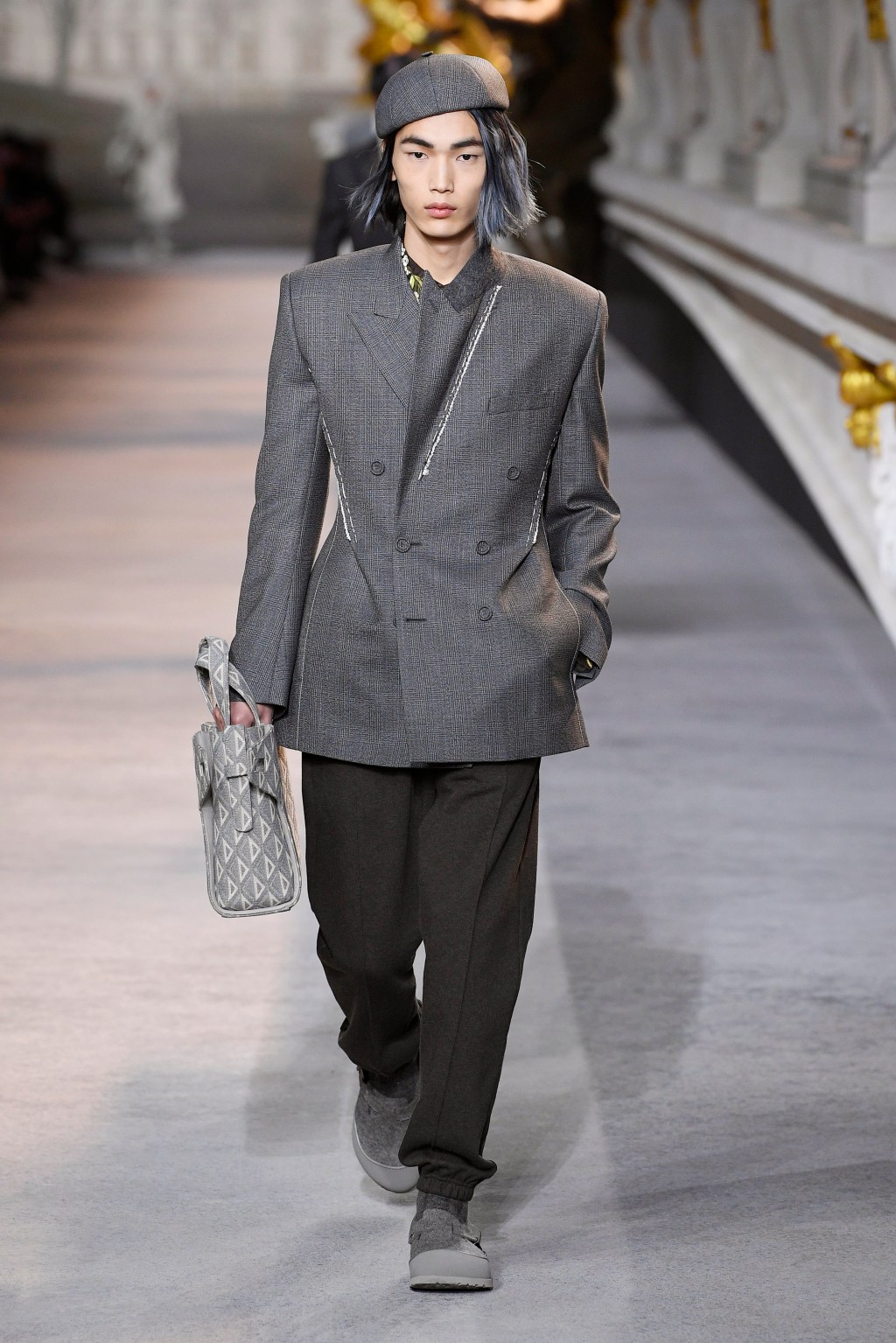 Fall 2022 marked the official comeback of the high-fashion days.

Long gone are the sweatpants and couch-friendly ensembles. In their place, chic suits, head-turning coats, monochromatic black dressing, and an empowering broad shoulder silhouette not seen since the ’80s TV show “Dynasty” have taken over, underscoring that a new era of excess — at least fashion-wise — is here.

All that discussion about if men would wear suits after all the casual-style domination during the pandemic quickly evaporated after the chic display of double-breasted and single-breasted boxy styles that infused recent collections with a powerful sense of effortless elegance.

Kim Jones for Dior was one of the best examples of the return to elegance, with an array of double-breasted, tailored suits and top coats paired with minimalist berets designed by the in-house milliner Stephen Jones. The result was very French and timeless. Hermès, Ermenegildo Zegna and Fendi were also presented new takes on heritage classics, making the suit young and desirable yet again.

Fashionistas wearing black? Groundbreaking….Yet the historically fashion-favorite color was omnipresent in the fall collections. When presented in monochromatic looks, the result was minimalist and at times even mysterious. Jil Sander’s minimalist heritage worked flawlessly in the monochromatic black, evening-inspired looks, featuring boxy, clean, tailored silhouettes embellished with satin lapels. The king of dark goth, Rick Owens, presented some of the most interesting and mysterious takes of the all-black trend with black puffer coats with hoods zipped over the models’ faces, leaving only eye slits and some breathing holes. Alyx and Craig Green also moved to the dark side for fall 2022.

The exaggerated broad shoulder silhouette was the most popular one from the fall 2022 collections. A bright red leather belted coat with mega power shoulder by Prada was probably one of the most memorable examples — giving superhero Alexis Carrington vibes. Rick Owens, Louis Vuitton and GmbH were also at the fore front of this empowering movement.

Head-turning coats were trending in outerwear. The statement-making pieces came in many forms, from belted rope styles and rich shearling crop styles, to animal-printed long overcoats and fake fur trenchcoats. EgonLab, Jil Sander and Hed Mayner presented some of the most directional examples — perhaps for those wanting to get noticed.

Long gone are the days of skinny and ultra-skinny jeans — the baggy jean from the early Aughts has officially taken over. The classic skater jean came in a variety of shades and styles. Bianca Sounders indigo styles were presented as Canadian tuxedos, with matching tops. Loewe’s light-washed jeans, paired with trompe-l’oeil T-shirt, offered some of the most playful takes on the trend, while Willy Chavarria’s traditional oversize denim cuts, which he is known for, proved once again the designer’s ability to be ahead of the pack.