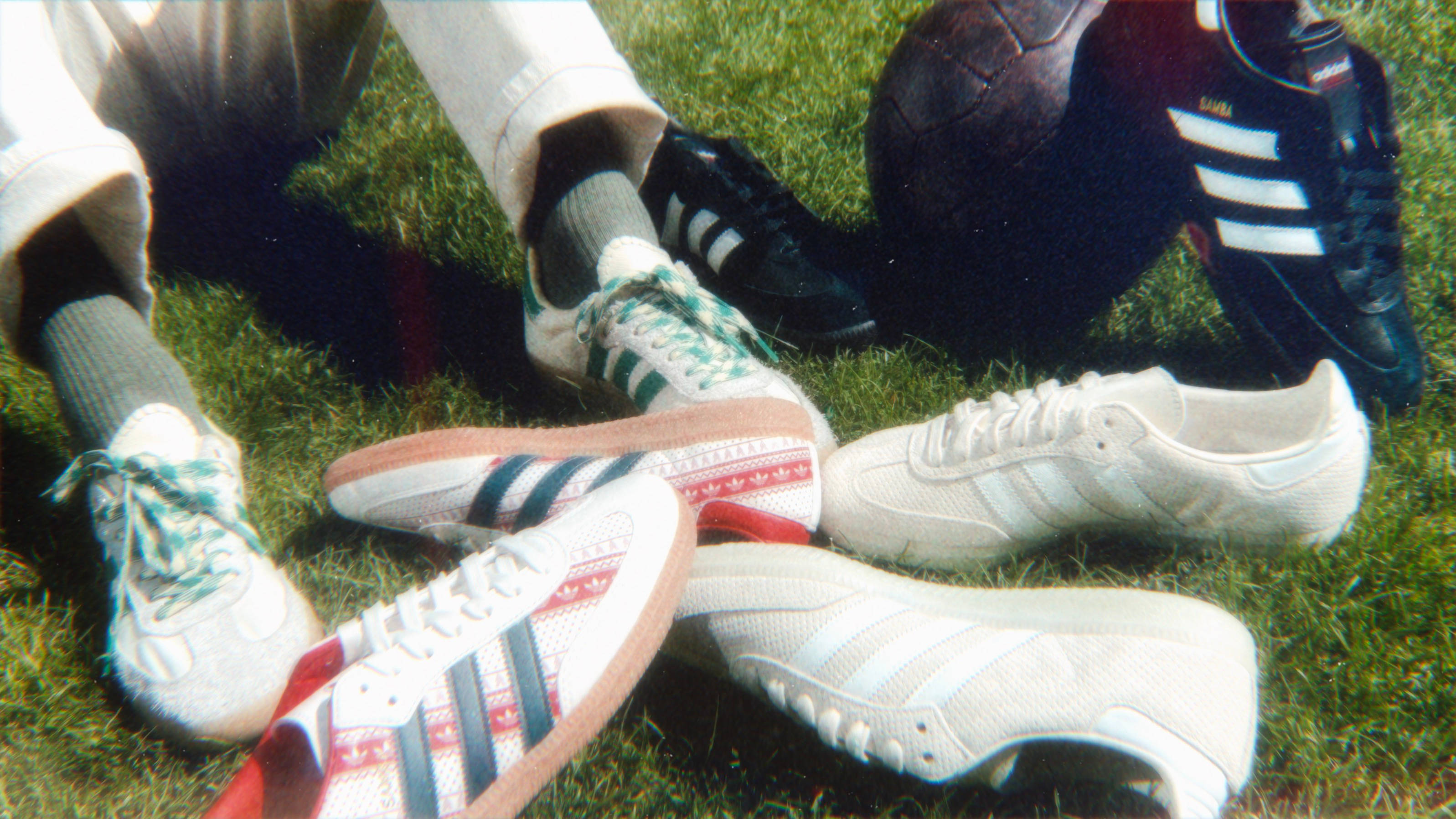 Between the 1950s and 1970s, the Samba gained traction with professional footballers, and like most fashion trends, it trickled down to those at a grassroots level. When 5-a-side football became all rage in the 70s, the Samba was the must-have shoe for many, its grippy sole and football pedigree making it an obvious choice whether the pitch was grass, hardwood or concrete. Around the same time, the style was also given a bit of a revamped look, replaced with the much more slimline silhouette, smaller tongue and t-shaped toe box we still see on pairs today. This opened the Samba to plenty more colourways, stylish enough to transcend the pitch and cement its place on the terraces.

With its roots heavily embedded in the football scene, the Samba was perhaps an obvious choice for one of football’s most notable subcultures: the casuals. As British teams made their way over the channel for the European Cup, they brought hordes of fans with them, who in turn made their way back with the finest hard-to-find sportswear that Europe had to offer – including limited-edition Sambas. Soon, trips to Italy, France and Germany pretty much became the football fan’s version of a pilgrimage, and casuals would return with armfuls of clothes to wear to matches. However, one-upmanship was prevalent within the casual scene, and some would argue that unless your Sambas were special-edition, they were more likely to be suited to a kickabout than worn with your match-day best.