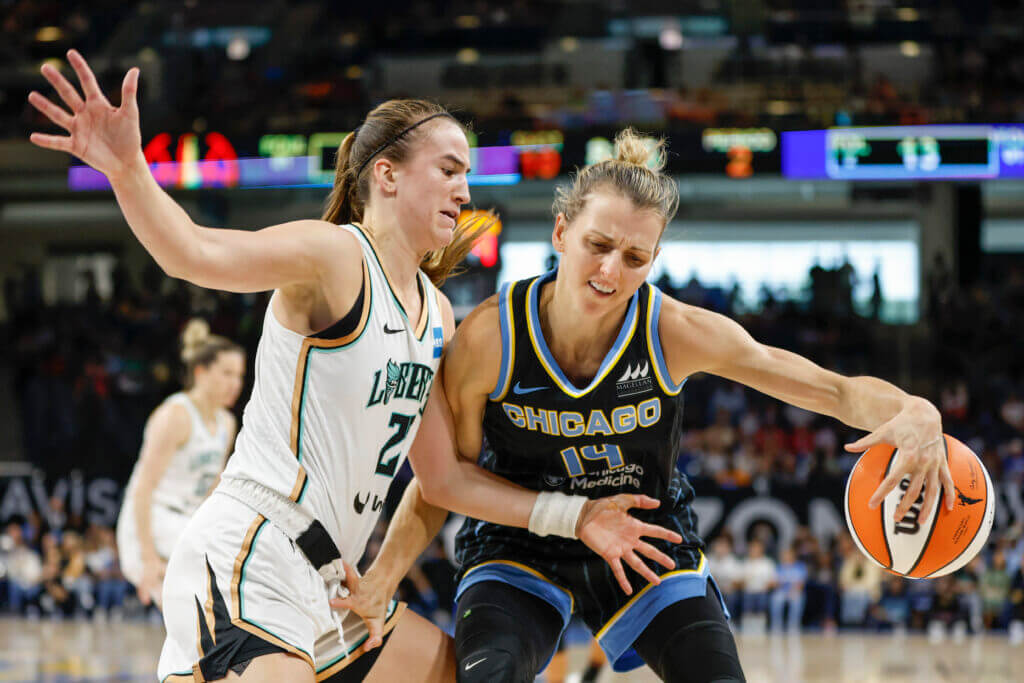 The defending champion Chicago Sky entered Saturday’s Game 2 against the New York Liberty facing elimination. Not only did they survive to force a Game 3, but they did so in a historic fashion.

The Sky’s 100-62 blowout win marked the largest margin of victory in WNBA playoff history, surpassing their own record of 36 points set last year against the Phoenix Mercury in Game 3 of the Finals.

The largest margin of victory in a #WNBA playoff game entering today was 36.

The @ChicagoSky just beat the Liberty by 38 to force a Game 3 😬 pic.twitter.com/e7AmzcOUvL

Chicago guard Kahleah Cooper led the way with a game-high 20 points, while two-time WNBA MVP Candace Parker added a double-double with 12 points and 12 rebounds. The pair was two of five different Sky players to score in double digits on Saturday.

The Sky’s statement win comes after a 98-91 Game 1 loss to the Liberty on Wednesday. Sabrina Ionescu had 22 points, seven rebounds and six assists in that game, which saw New York score the final 13 points of the fourth quarter. On Saturday, Ionescu was held to just seven points on 3-of-5 attempts from the field.

The two teams will face off in a decisive Game 3 on Tuesday at the Barclays Center in Brooklyn with a trip to the WNBA semifinals on the line.