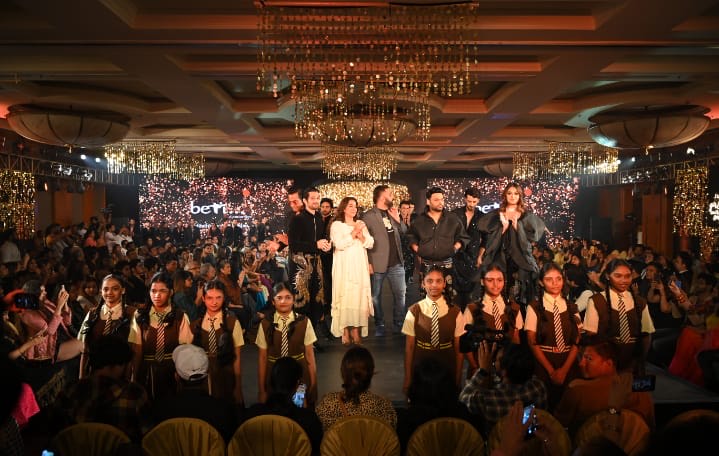 Pune, 23 August 2022: The unstoppable ‘Beti’ movement created yet another glittery occasion to put across the message of girl child education. The Beti Fashion Show, a movement, an initiative by Anu Ranjan, Founder of NGO Beti, was held on, Sunday, 21st August 2022 at JW Marriott Hotel, Juhu, Mumbai.

Like every year, this mega event saw the who’s who of the entertainment industry walking the ramp as well as cheering their best as an audience. The show was attended by many TV, film and social media personalities.

The show was choreographed by Shie Lobo and anchored by Kashyata Bhatia.

Actor and comedy king Kapil Sharma marked his debut on the ramp. He was seen wearing a black neoprene mesh marshmellow jacket with black velvet and golden embroidered pants. His presence and kind words for the initiative made the event larger than ever.

The girls of Beti also graced the ramp and were honoured with immense love and appreciation.