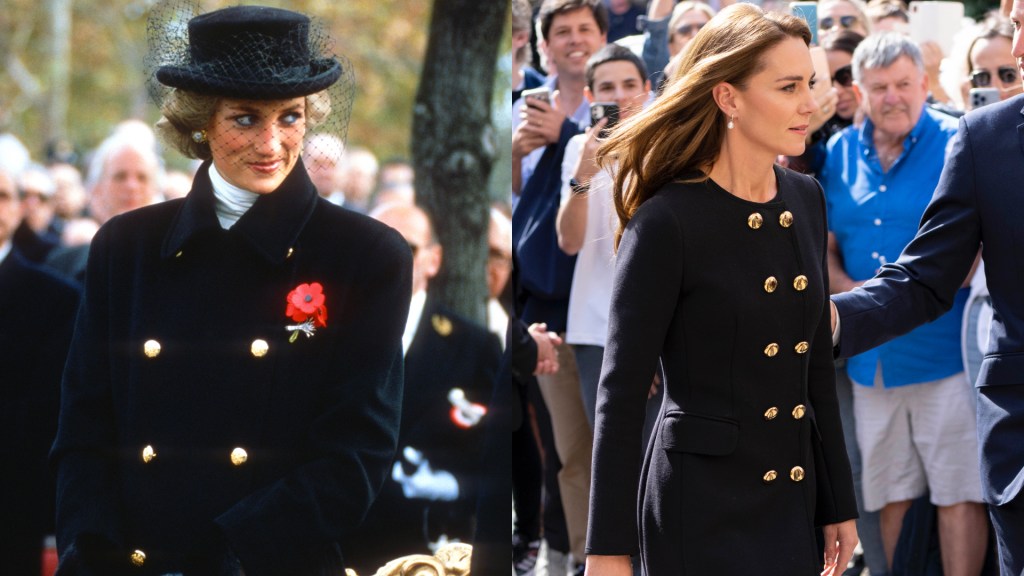 LONDON — The British royal family is still in mourning after Queen Elizabeth II’s death at 96 on Sept. 8, whose state funeral on Monday drew in 27 million viewers in the U.K. alone.

However, the firm proceeds on, as there’s more work to be done than ever to sustain the future of the monarchy.

Catherine, Princess of Wales, and William, Prince of Wales, have stepped out for their first official engagement since the queen’s funeral at Windsor Guildhall in Windsor, where the late monarch was put to rest with her husband, Prince Philip.

The royal couple thanked the volunteers and operational staff that helped usher the queen’s funeral.

The mourning period for the royal family extends for seven days after the state funeral, which means that members of the royal household must follow the protocol of wearing black or dark clothing until next week.

Kate Middleton wore a long black collarless coat from Dolce & Gabbana that she’s previously worn to the National Service of Remembrance in 2017 and on a visit to the Air Cadets after Prince Philip’s funeral in 2021.

The ​​double-breasted coat features two columns of five gold buttons. The style resembles Princess Diana’s black double-breasted coat by Jasper Conran that she wore to the service commemorating the 70th anniversary of the armistice at the Arc de Triomphe in Paris, France.

Middleton’s sleek Alexander McQueen ensemble on Monday drew a lot of comparisons to “Dynasty” character Alexis Colby, played by Dame Joan Collins. The princess wore the same necklace and earring combination that she wore to Prince Philip’s funeral, which belonged to her late mother-in-law.

In the ‘80s, Diana was dubbed “Dynasty Di” by the press for her power shoulder suits and dresses in bright colors, stepping away from her shy image of when she first entered the royal family.