A busy New York fashion designer was recently photographed on her morning commute through the streets of Manhattan. If she was moving slowly enough to be captured by the paparazzi, it might have had something to do with the Leviathans on her back, a pair of massive black leather carryalls, one on each shoulder. It will come as no surprise that one of the bags, the Margaux, was her own creation; it’s such a behemoth the diminutive Mary-Kate Olsen could have practically fit inside.

The Row, the label she founded with sister Ashley, may be an avatar of minimalism, but in packing on the purses Olsen was a walking billboard for a maximalist trend taking hold on runways from New York to Paris and in the wardrobes of the world’s most obsessive collectors. The It bag, it turns out, is not dead—it’s proliferating, and bundling them is the order of the day.

With supply chain disruptions and inflationary anxieties leading to tightened inventories, demand is scalding hot, and customers seem to be playing a game of Pokémon: Gotta catch ’em all.

“Prices are skyrocketing, and people are trying to grab as much as they can, because they think it’s a very good investment,” says Jane Angert, the founder of the site JaneFinds, which specializes in the sale of rare Hermès handbags. 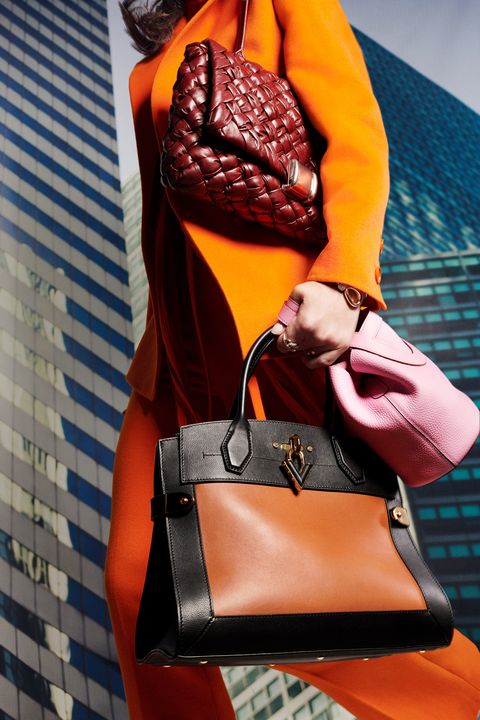 Designers besides the Olsens are meeting the moment by turning out more and more purses, intended to be worn on top of one another like multi­verses in a Michelle Yeoh movie. The minimalists at Proenza Schouler doubled down on the double bag trend, as did Bottega Veneta, which slung luxe intre­cciato carryalls across the shoulder, one for each side of the body. At Altuzarra one model emerged on the runway with a tote in one hand and a buckled crossbody in the other, ready to leap from the Woolworth Building to LaGuardia and beyond.

“The fall collection was inspired by voyagers,” designer Joseph Altuzarra tells T&C. “I loved the idea of the models walking with multiple bags, as you would when traveling.”

While the layered look may be flourishing this season, its roots go back to fashion’s earliest days, when the advent of international luxury travel gave rise to an enduring archetype. It was in 1853 that Empress Eugénie named Louis Vuitton her official trunkmaker, arguably becoming history’s first bag lady. With a single imperial decree, a slow evolution began. By the time the maison staged its traveling “200 Trunks, 200 Visionaries” exhibit, which ended its American run in August on Rodeo Drive and is touching down in New York in mid-September, these vessels for transporting one’s possessions had been elevated to status symbols, expressions of spending power just as prized as works of art.

Celebrities, the royals of the 20th century, helped amplify the message. “The Hermès Kelly bag, first designed in 1935 and renamed in the 1950s for Grace Kelly, is widely regarded as the first collectible It bag,” says historian Raissa Bretaña, an instructor at the Fashion Institute of Technology. That gave way to the phenomenon of the bag collector, people like Bryan Grey Yambao, the social media supernova known as Bryanboy, who stacks his Birkins one inside the other with laser precision, and Tina Craig, whose 2005 blog BagSnob led her to an Instagram audience of some 500,000 followers.

In 2014 Christie’s created a new position: International Head of Handbags. It was at the auction house’s Hong Kong outpost that a diamond-­encrusted white Himalaya Birkin by Hermès in Niloticus crocodile sold for $377,000 in 2017. Angert observes that that was considered a highwater mark. Today, she says, she’s selling 20cm Kellys by the dozen, and her customers can’t get enough. 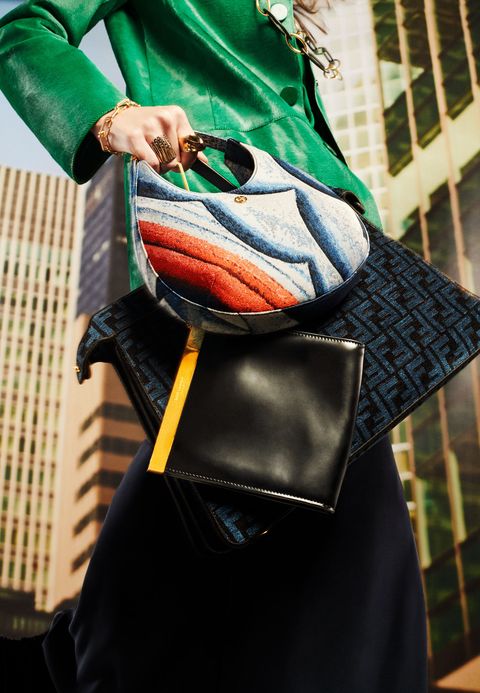 This cohort is responsible for pushing accessories revenues almost to pre-pandemic heights (as of August 2021), according to the research firm NPD Group. By the time the fall ready-to-wear collections walked this past February, brands had already cut back promotional sales, limited supply, and raised prices, stoking demand writ large. Then inflationary vapors steamed up the marketplace some more. Nobody seemed to mind.

“Suddenly there was a sense of urgency,” Craig says. “A panic that we weren’t going to get our hands on our favorite bags. So the chase became fun again.”

And chase they did. In March, Chanel raised the prices of its four marquee handbag styles, the sixth such hike since the beginning of the pandemic, but there was no apparent pushback from shoppers. In fact, the opposite: The couturier reported double-digit growth in the first five months of the year, and that was after a record 2021, which yielded $15.6 billion in revenue. Meanwhile, scarcity at retail is driving record numbers at auction, where a Shadow Birkin sold for $65,871 at Christie’s in June, well above the estimate. 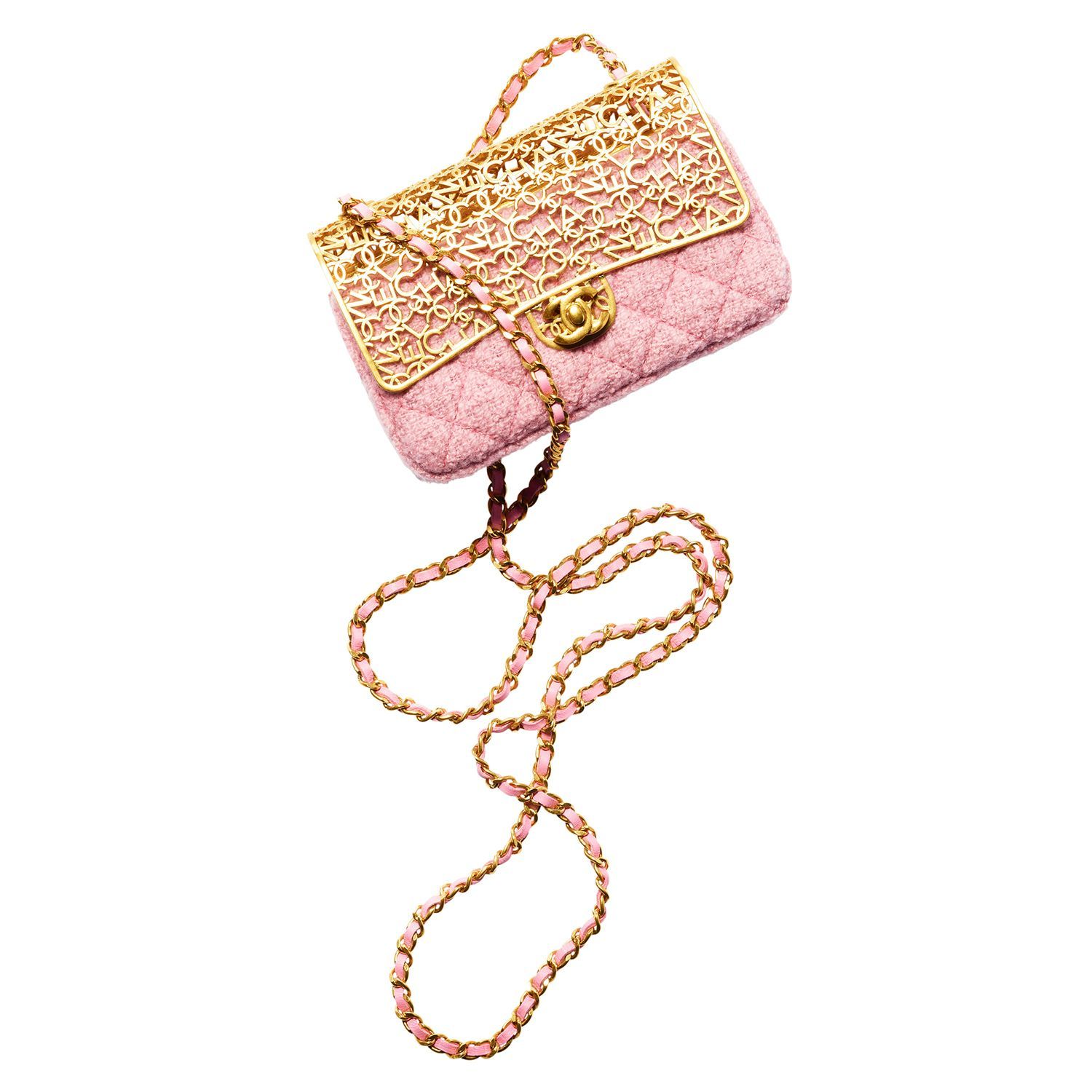 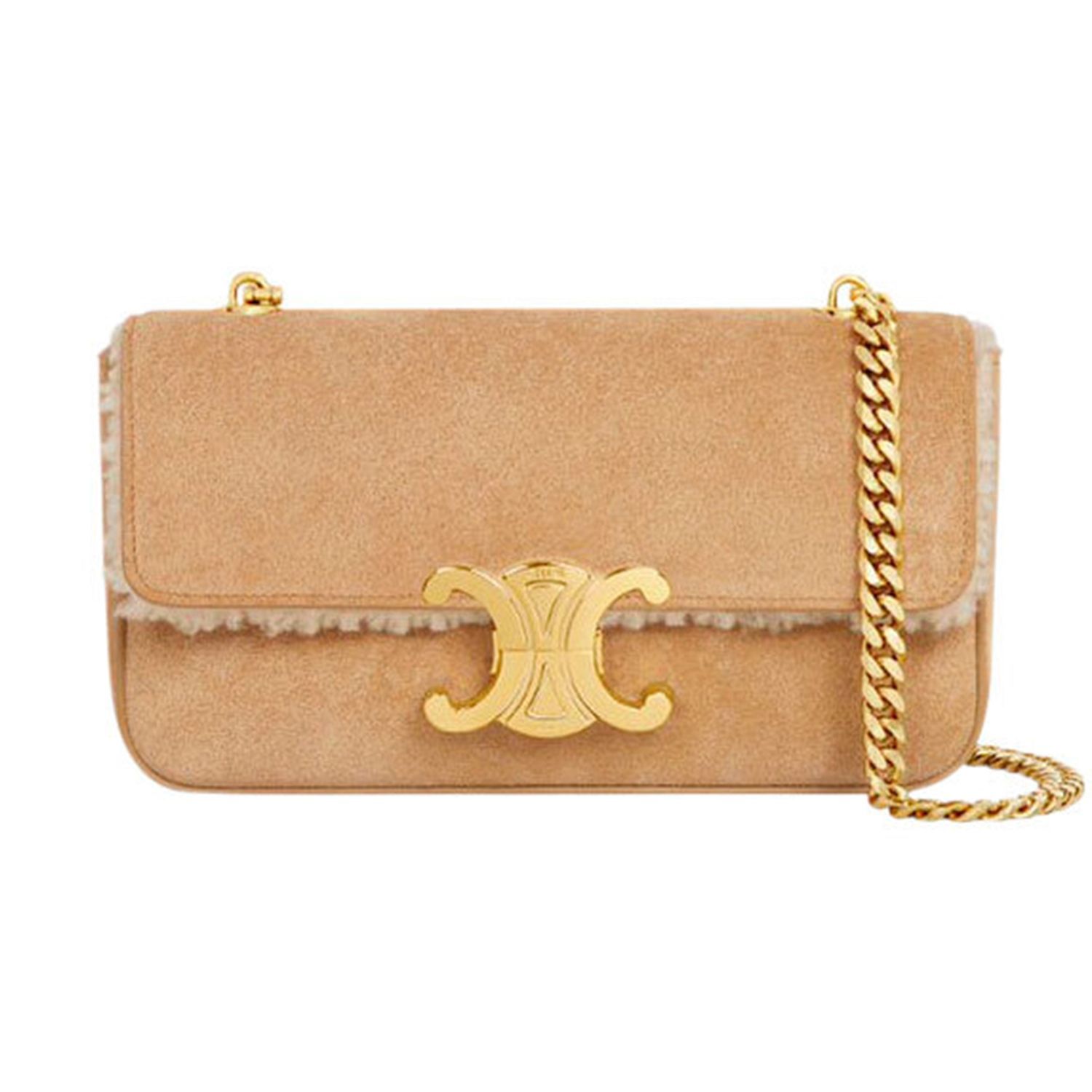 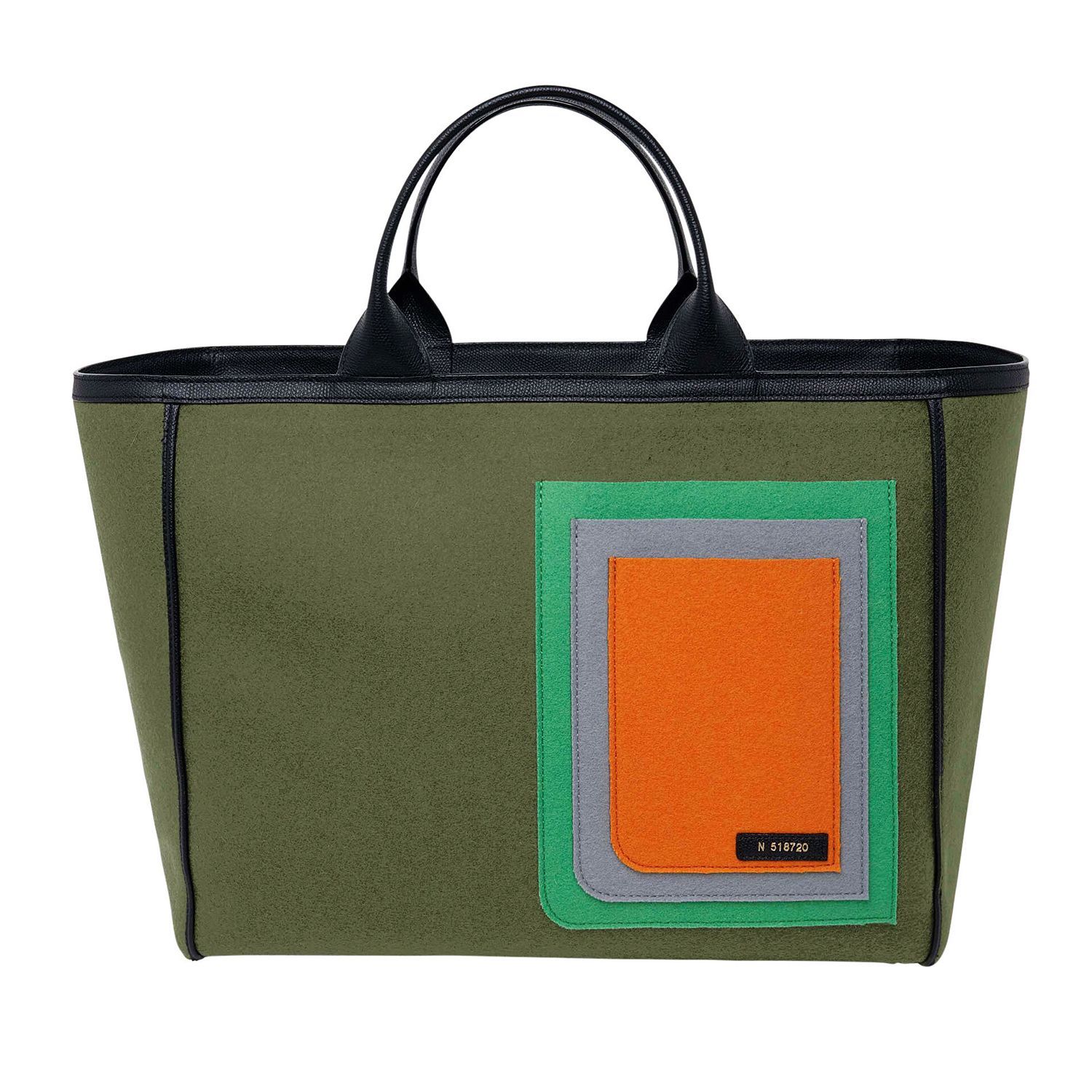 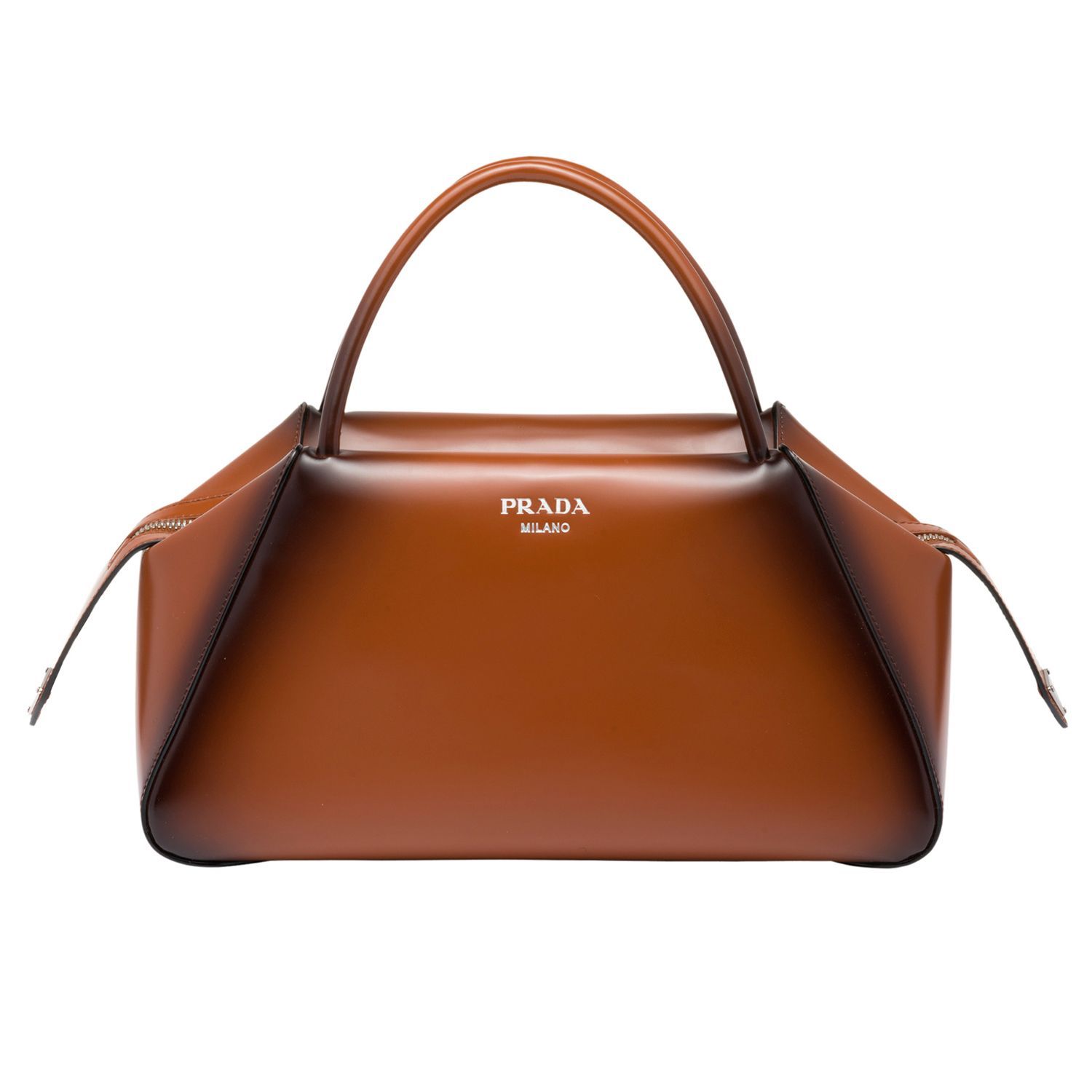 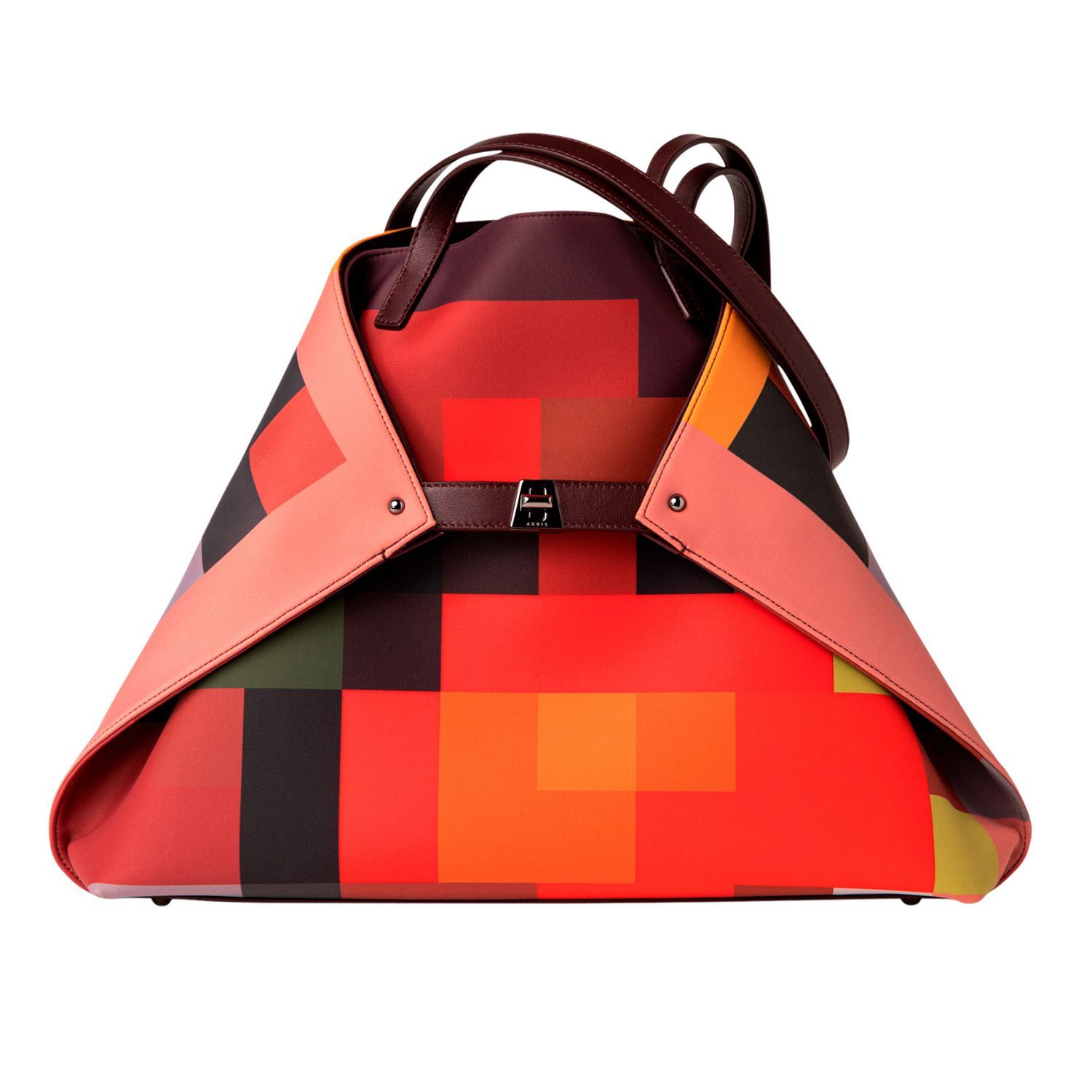 Of course, clustering handbags for maximum impact is not a practice that has ever been reserved for peacocks, or those sitting on fortunes the size of a small country’s GDP. It’s as much as anything a pragmatic wardrobe hack. “A big bag and day bag make sense to me on a practical level for working women,” says the busy stylist Kate Young. “Your laptop and gym clothes in the big one, and what you take to lunch in the small bag.”

With the work-from-home era drawing to a close and the social calendar in full swing, perhaps it was inevitable that fashion would step up to serve both professionals and jet­setters. More than other industries, it’s especially eager for women to hit the road again, preferably hauling a pile of purses on each arm.

This story appears in the September 2022 issue of Town & Country. SUBSCRIBE NOW

Kristen Bateman is a contributing editor at Harper’s Bazaar. Her first fashion article was published in Vogue Italia during her junior year of high school. Since then, she has interned and contributed to WWD, Glamour, Lucky, i-D, Marie Claire and more. She created and writes the #ChicEats column and covers fashion and culture for Bazaar. When not writing, she follows the latest runway collections, dyes her hair to match her mood, and practices her Italian in hopes of scoring 90% off Prada at the Tuscan outlets. She loves vintage shopping, dessert and cats.