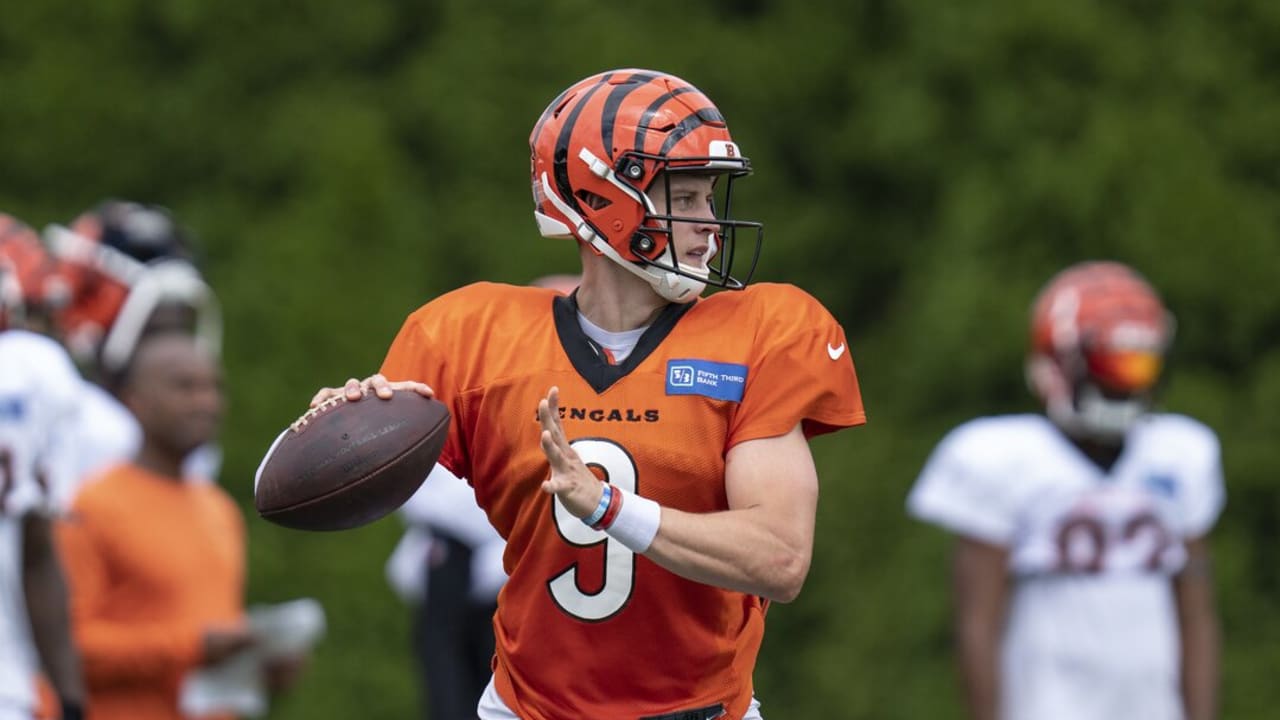 The Legend of Seamless Joe continues.

The Reds had their Field of Dreams moment a few days ago in Iowa. On Sunday the Bengals stayed with 1980s classic baseball movies theme when they opted for “The Natural,” with their version of Roy Hobbs.

Joe Burrow, whose Wonderboy season of 2021 put the Bengals in the Super Bowl, took the field for the first time in pads at training camp just as thunder rolled through downtown Cincinnati. With the threat of lightning, head coach Zac Taylor delayed No. 9’s return and practice for 15 minutes.

But when he got back on the Kettering Health Practice Fields, it was worth the wait. Burrow, 19 days removed from having his appendix removed, didn’t go yard. Still, he surprised even some of his teammates in a Hobbsian-like batting practice when he not only got in the seven-on-seven period, but stayed in long enough to throw ten passes against the starters and the backups.

“I just thought he was going to be doing routes on air,” said wide receiver Stanley Morgan, Jr. “Knowing Joe, he probably put himself in.”

“It was really up to him how he felt,” said offensive coordinator Brian Callahan. “If he wanted to do a little bit more today and got through the individuals and installs and routes and felt pretty good throwing and wanted to give it a go … And he just took it.”

That’s pretty much what he’s done since he arrived two years ago when the Bengals heard the voice.

“He looked great. He’s never going to lose his stuff,” said wide receiver Tyler Boyd. “He made all right reads, diced the defense up. He’s the same Joe Burrow that took us to the Super Bowl.”

The defense thought so, too. Middle linebacker Logan Wilson, who made his first return to team drills since February’s shoulder surgery, observed, “He didn’t look any different.”

Burrow would probably tell you he’s still getting back his velocity and his timing. But his footwork certainly looked like it hadn’t taken a step back in the individuals, when quarterbacks coach Dan Pitcher challenges his guys to make different types of throws with varying degrees of obstacles.

And if the ball didn’t zip like he wants yet, it certainly hummed with accuracy in the third-down seven-on-seven period.

“I thought he looked good. It’s a good start,’ Taylor said. “He does a good job taking care of himself. When you have your starting quarterback back in the mix, someone who is as impactful as Joe is, it adds a lot of energy.”

The first defense certainly felt it and they made sure Burrow had to hold onto the ball for check downs in his first couple of seven-on-seven throws. “Those guys amped it up,” Morgan said.

“For Joe, he’s always trying to get the best out of his guys. He’s didn’t say too much today,” said slot cornerback Mike Hilton. “I’m pretty sure once he gets his rhythm going he’ll start talking. We know what Joe is capable of. Just seeing him out here is good for us. Having our leader back is a good sign.”

On his second pass, Burrow threw it over the middle to wide receiver Tee Higgins and might have been a hair late as Hilton broke it up. But he got warmed up the more he threw. That was supposed to be his last pass, but he kept going and he has to be glad he did.