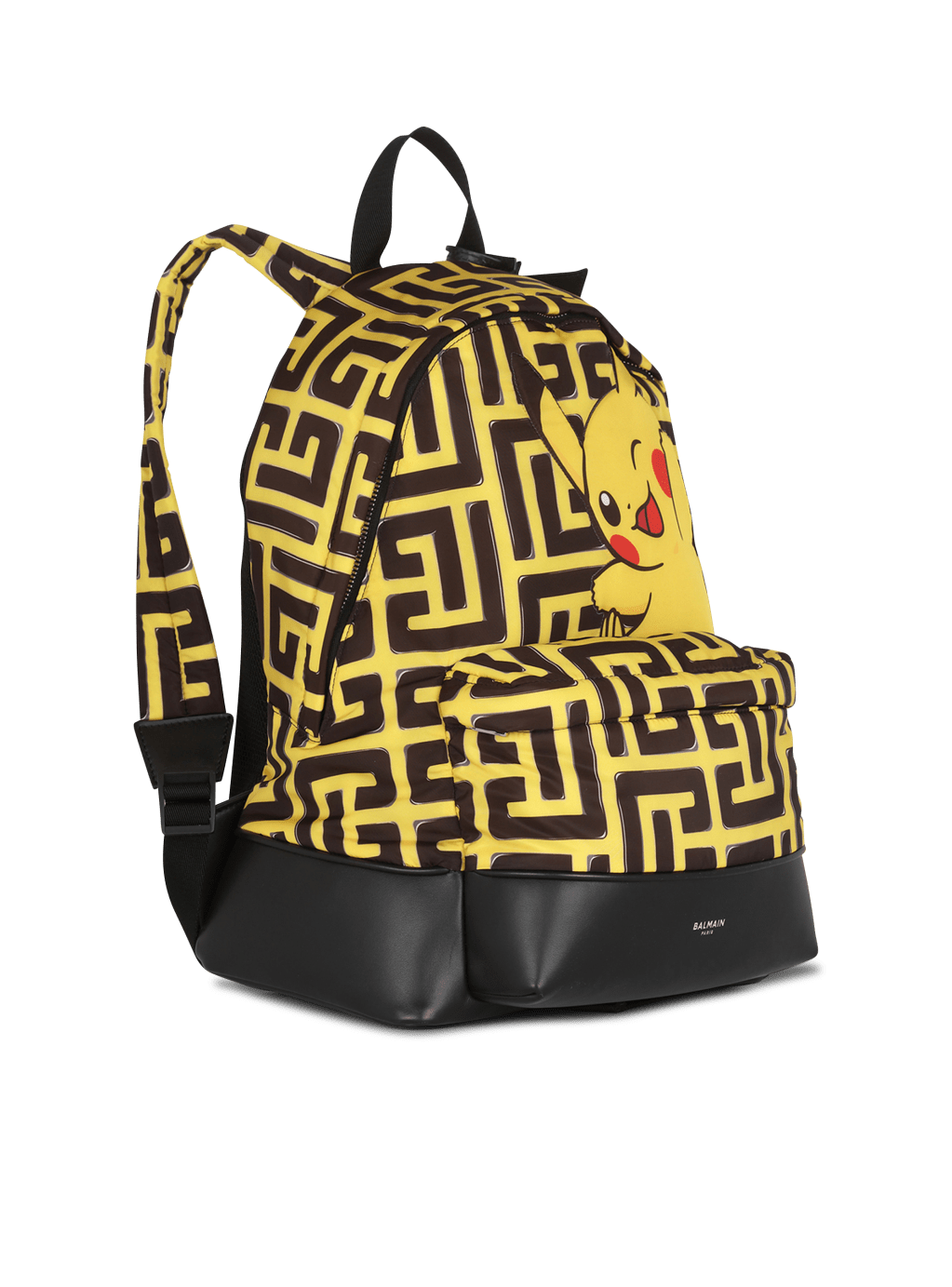 Balmain has partnered with the Japanese creator of the kooky creatures on a Trainer Fashion Set that will live in both physical and digital worlds. It includes hoodies, jeans, sneakers and backpacks, too.

“Pokémon’s bright pop aesthetic and captivating creatures have always appealed to me,” Rousteing said. “Today, they make me think of an earlier, simpler time, when we all shared a rosy vision of all the positive changes that we were certain that digital innovations would make possible.”

Rousteing reprised some silhouettes first seen on the Balmain runway, spiking them with bright colors, cartoon characters and the house’s signature Labyrinth motif.

The limited-edition collection debuts on Thursday at Harrods in London and the following day at Balmain boutiques in Paris, New York, Las Vegas, Shanghai and Chengdu, plus balmain.com. Prices range from 395 euros to 1,390 euros.

Fans of Pokémon Unite, the team battle game, will no doubt be tickled to download a virtual version of the fashion set for one week’s use free when they log onto the game between Friday and Sept. 30.

In addition, from Saturday, Balmain is offering 15 distinct NFC-enabled badges that will be available for purchase at nine physical Balmain stores in the U.S., Europe and Asia. These badges, created in partnership with tech firm SharpEnd, offer access to digital content and the chance to win prizes, including VIP tickets to the Balmain fashion show and music festival during Paris Fashion Week.

Kenji Okubo, president of The Pokémon Company international, lauded Balmain’s “inspired designs and elevated creativity” and argued that “the key to our success has been our ability to drive innovation.”

Balmain has also done collaborations with Barbie, Puma, H&M and Beats by Dre.