Verdict: Madge steps to the beat

The Queen Of Pop this week marked her 64th birthday in familiar fashion. She posted a few spicy selfies on Instagram and threw a party in a Sicilian palace.

As a singer whose career has been defined by a love of dance music, she also geared up for today’s release of a new remix album that reaffirms her desire to spend summer stepping to the beat beneath a mirrorball.

Madonna, who released her debut single Everybody 40 years ago, made history in 2020 when she became the first artist to chalk up 50 No 1 records on the American Dance Club Songs chart.

She is now, belatedly, celebrating that landmark by assembling her favourite versions, some previously unreleased, of those dancefloor gems. 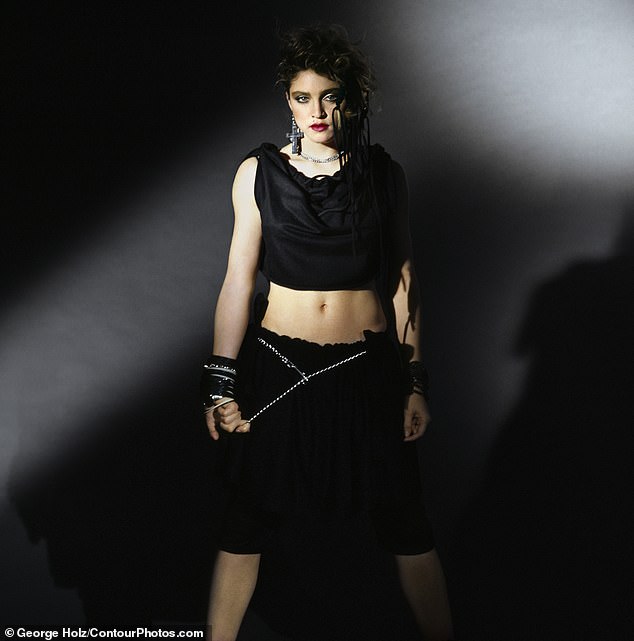 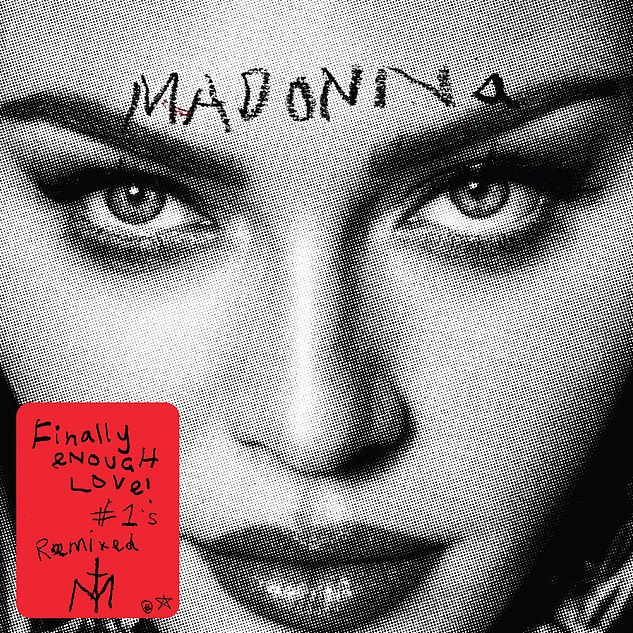 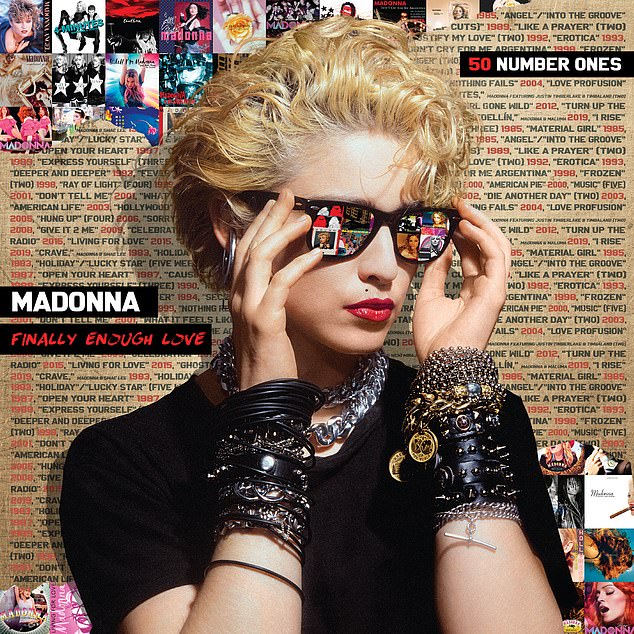 Spending almost four hours bopping around to pop’s Material Girl isn’t everyone’s idea of the perfect night out, of course; and there are moments when this bumper package feels bloated

Out as a single CD (£11), 3-CD box (£20), double vinyl LP (£35) and digital download, Finally Enough Love is her first major artistic statement since 2020’s intimate Madame X tour, and — in its 50-track CD and download editions — it contains enough music to soundtrack an entire night, which wasn’t the case when an abridged, 16-song edition of the album landed on streaming services only in June.

Spending almost four hours bopping around to pop’s Material Girl isn’t everyone’s idea of the perfect night out, of course; and there are moments when this bumper package feels bloated.

But, with its songs sequenced largely chronologically, it charts not just Madonna’s progress but the overall evolution of modern dance music. There are nods to the New York club scene that inspired her formative years, plus remixes that look to Chicago house, R&B and electronic pop. The roll call of DJs, producers and guest vocalists reads like a Who’s Who of dance, with Nile Rodgers, Timbaland and Nicki Minaj among those joining the party.

TRACK OF THE WEEK

BOY by THE KILLERS

The early tracks, many 7-inch single takes, are from Madonna’s golden age as a star of the 1980s. Holiday, Like A Virgin and Material Girl all stand up well. Into The Groove, Like A Prayer and Express Yourself are peerless.

By the time we reach Vogue and a trance-like mix of Justify My Love, the influence of house music has grown.

There are some missteps. Don’t Cry For Me Argentina, from the film adaptation of Evita, is transformed from an epic, big-screen ballad into clattering Euro-disco.

But there was a return to form on 1998’s Ray Of Light, and the dance mixes of songs from American Life added zest to what was an unusually lacklustre album when it arrived in 2003.

The latter-day tracks stress dance music’s global appeal. UK producer Stuart Price features on songs from Confessions On A Dancefloor, while Italian Benny Benassi and the late Swedish DJ Avicii contribute. Israeli producer Offer Nissim remixes Living For Love, the song Madonna was singing when she tumbled unceremoniously down a flight of stairs at the BRITs in 2015.

The collection is rounded off with four songs from her most recent album, Madame X, including Medellín and I Rise. The latter ballad was reworked by American producer Tracy Young, whose electronic version saw her become the first woman to win a Grammy for a remix in 2020.

As for Madge, do we still need her now she’s 64? On the evidence of these revitalised club classics, the dancefloor certainly does. 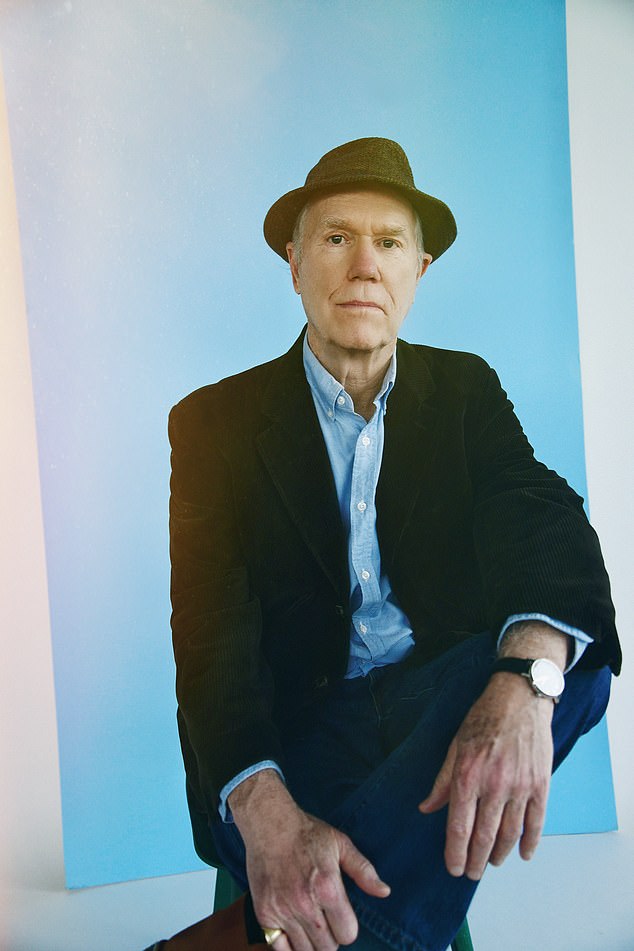 ‘WHEN I began, I had a romantic idea that I’d be dead by the time I was 25,’ says Loudon Wainwright III. ‘That sounded cool and dangerous. I’m happy it didn’t work out that way.’

The satirical New Yorker turned 75 last year, and he remains obsessed with the ageing process on his new album, the wryly titled Lifetime Achievement. His first set of originals since 2014, it contains numbers beefed up by horns, strings and lap steel guitar. For the most part, though, the sounds are stripped back, with the singer-songwriter’s voice backed by nothing more than guitar, harmonica and ukulele.

Hailed as a new Dylan in 1970, he hasn’t quite shaken off that parallel five decades on. But he’s also a musical raconteur par excellence and the story-songs here capture him at his tragicomic best.

Listeners returning from a holiday might chuckle at Fam Vac, on which he laments the strains of the annual summer getaway. ‘I need a family vacation, alone… and my family needs a vacation from me,’ he sings. 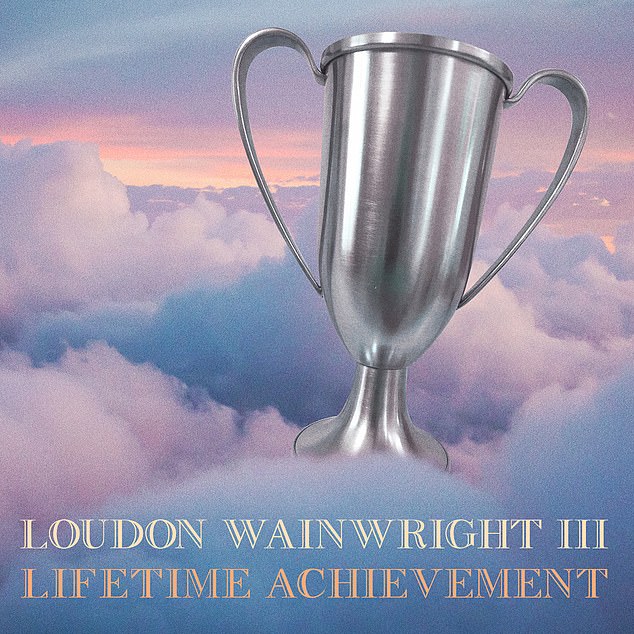 The satirical New Yorker turned 75 last year, and he remains obsessed with the ageing process on his new album, the wryly titled Lifetime Achievement

He has written songs about his nearest and dearest before, causing rifts with two of his children, musicians Rufus and Martha, who responded with their own cutting songs about him. None of the clan is likely to take offence at this one, though. Elsewhere, Hell imagines the Devil creating a softball team containing Hitler, Pol Pot and Stalin, and No Man’s Land is a New York blues track that examines divorce from the perspective of the family dog. ‘He lives on the East Side, now she’s on the West,’ runs the canine account. ‘The park is in between, and I guess it’s for the best.’

With Loudon starting a UK tour next month, there’s also pithy reflection on his return to venues he first visited 50 years ago.

And on How Old Is 75 he continues a tradition of writing songs about getting old that dates back to 1978’s Watch Me Rock, I’m Over 30.

He’s probably already got one in mind for when he turns 80.