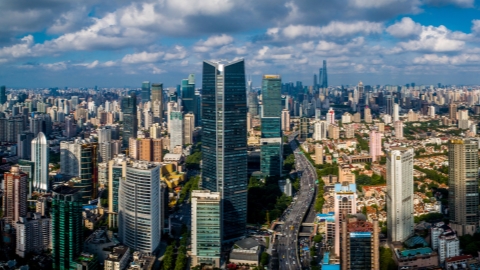 Jing’an District sits in the heart of Shanghai. It represents the essence of the history and culture of the city, home to century-old buildings, big-name attractions, glitzy retail malls and charming art galleries. Annual music and art events give the district a distinctive ambience. In this series, we showcase the highlights of Jing’an.

Jing’an District has long been a magnet for foreign investment, expats lured by its international vibe, livable charm and vibrant business landscape.

They’re the key reasons for Jing’an to retain its title as a preferred entry point for foreign business to the Chinese market, even in today’s pandemic-bruised world.

Statistics show foreign business contributed nearly 55 percent of total tax revenue netted by Jing’an in 2021, ensuring its first place ranking in Shanghai’s downtown districts for five consecutive years. In the first seven months of this year, the proportion has risen to nearly 60 percent.

To further attract foreign investment, the district earlier this month launched a “Foreign Investment Promotion Partnership Program” in which foreign commerce institutes are appointed as Jing’an ambassadors to ensure its prominence on the world stage as an investment highland.

Among the first to sign on to the partnership model were chambers of commerce of the US, UK, Germany, Italy, Spain, Japan, and Australia – the developed countries with global economic influence and whose investors contribute most of the foreign investment flowing to Jing’an.

“We will help companies in Spain to come to Jing’an. We can share our experience with them and help them establish new companies here,” said Luis Rubio, chairman of the Spanish Chamber of Commerce in China.

The chamber will take on the role of explaining local policies to potential companies and facilitating their cooperation with local firms, he stressed, describing this support as “some of the most important issues to those doing business in another country.”

According to Rubio, Jing’an has already become a preferred location for Spanish companies to expand their business, such as Inditex.

Known as the biggest fast fashion group in the world, Inditex owns renowned brands like Zara, Massimo Dutti and Oysho. China is now one of the company’s biggest markets, and it has set up regional headquarters in Jing’an. 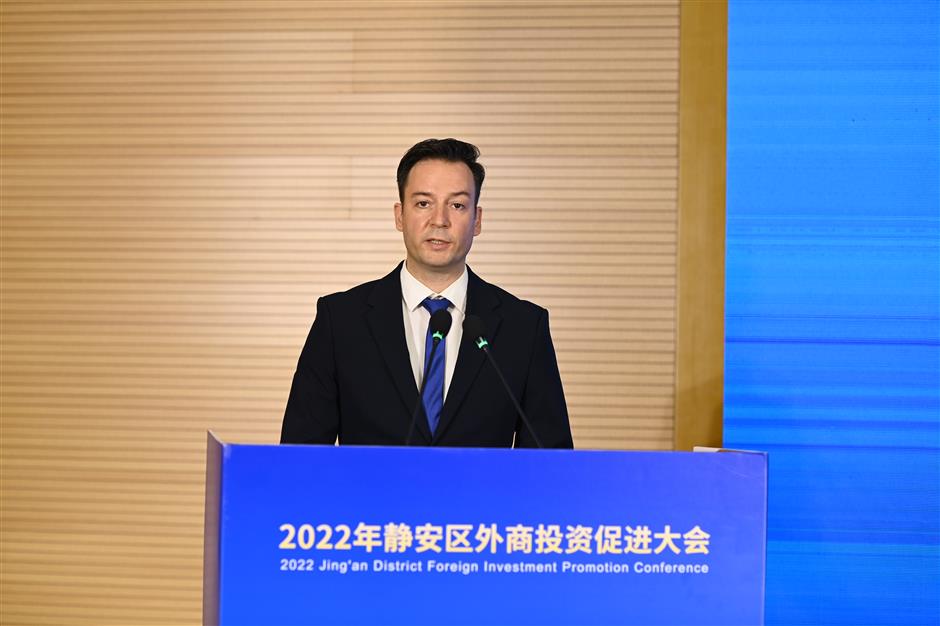 It’s not a single case. Many multinational companies see Jing’an as their first choice when considering establishing regional headquarters.

In June, Shanghai awarded certificates to 30 regional headquarters and 10 R&D centers operated by multinational corporations, four of which are in Jing’an.

Early this month, Jing’an signed memorandums of strategic cooperation with some of the regional headquarters of multinational companies, especially Asia-Pacific headquarters, to offer tailor-made services, seek deeper cooperation and boost their development in China and the world.

One of them is Prettl, a leading German industrial group. It will set up the Asia-Pacific regional headquarters of its largest auto division, SWH, in Jing’an, from which it will run business in China, South Korea, Vietnam, India and Japan.

In the first seven months of this year, Jing’an welcomed eight new regional headquarters of multinational companies, adding the total number to 108, 34 of which are Chinese headquarters or above. They cover burgeoning industries like high-end consumption, data intelligence and life science.

The district’s strong “building economy,” in which commercial complexes are a big part of the economy, is credited with helping make Jing’an the best entry point for many industry leaders.

Statistics show tax revenues from 200 major buildings contributed nearly 76 percent of the district’s total in the first half of this year.

Despite the two-month citywide lockdown earlier this year, tax revenues from 50 buildings, two more than the same period last year, have exceeded 100 million yuan (US$14.8 million), according to Long Fang, director of Jing’an’s investment office. 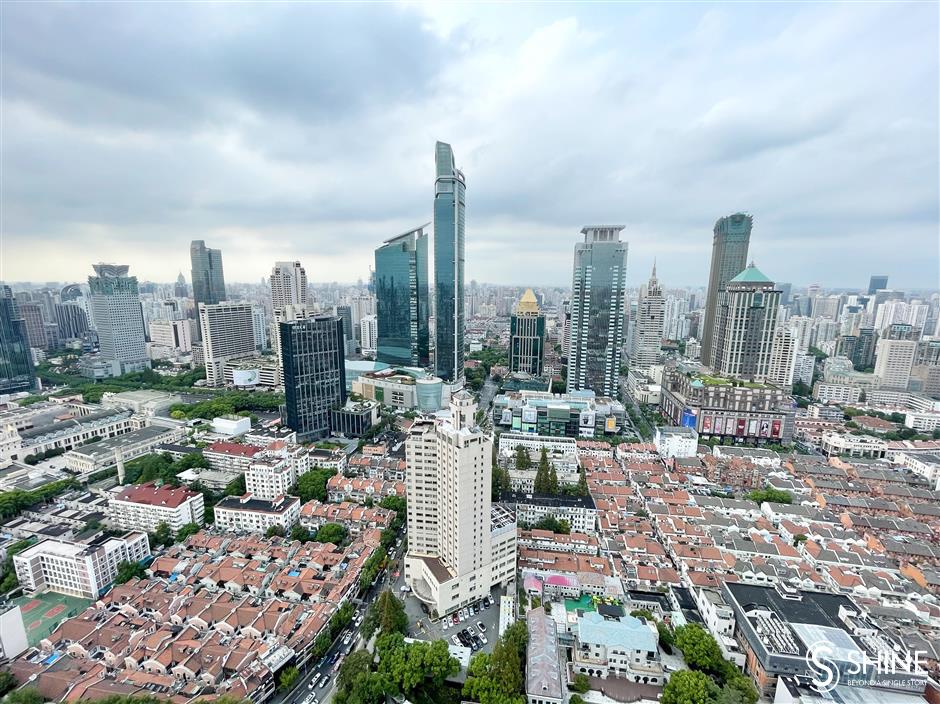 She noted that nearly half of them were located around the bustling Nanjing Road W., emphasizing that rents in the area went up after the lockdown was lifted.

Take JC Plaza as an example. The hotel-renovated business and commercial complex opened on schedule despite the pandemic.

Built on the former site of Shanghai JC Mandarin Hotel, one of the city’s oldest luxury hotels dating back 30 years, JC Plaza is a fresh retailing landmark in Shanghai, featuring luxury outlets and Michelin-starred restaurants.

More than 90 percent of JC Plaza’s office space has been occupied. 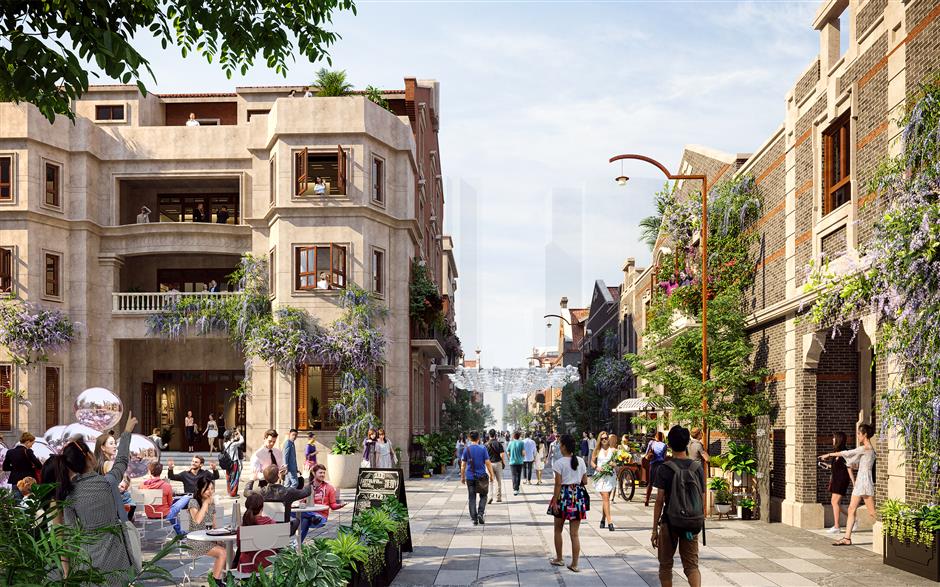 By the end of this year, the launch of Zhangyuan will further fuel the district’s “building economy.”

Lying south of Nanjing Road W., Zhangyuan, or Zhang’s Garden, is one of the most anticipated urban renewal projects in Shanghai.

A major facelift is still ongoing to transform it from an old shikumen (stone-gate) neighborhood to a modern commercial landmark where dozens of historical buildings will be converted into boutiques, restaurants and art galleries.

What’s new is that an area will be zoned for a permanent bonded exhibition of luxury goods, including pricey watches and jewelry that haven’t been put on shelves in the domestic market, Shen Hong, director of Jing’an Commerce Commission, told Shanghai Daily.

“It will spruce up the whole area and stimulate people to make purchases as well,” Shen said.

Just next door to Zhangyuan, another major urban renewal project has also begun.

Besides Nanjing Road W., Jing’an is striving to develop emerging business zones along Suzhou Creek and around the Middle Ring Road. Under the plan, nearly 600,000 square meters of high-end complexes will be built in the Suhe Bay area to inject new blood to the district’s development. 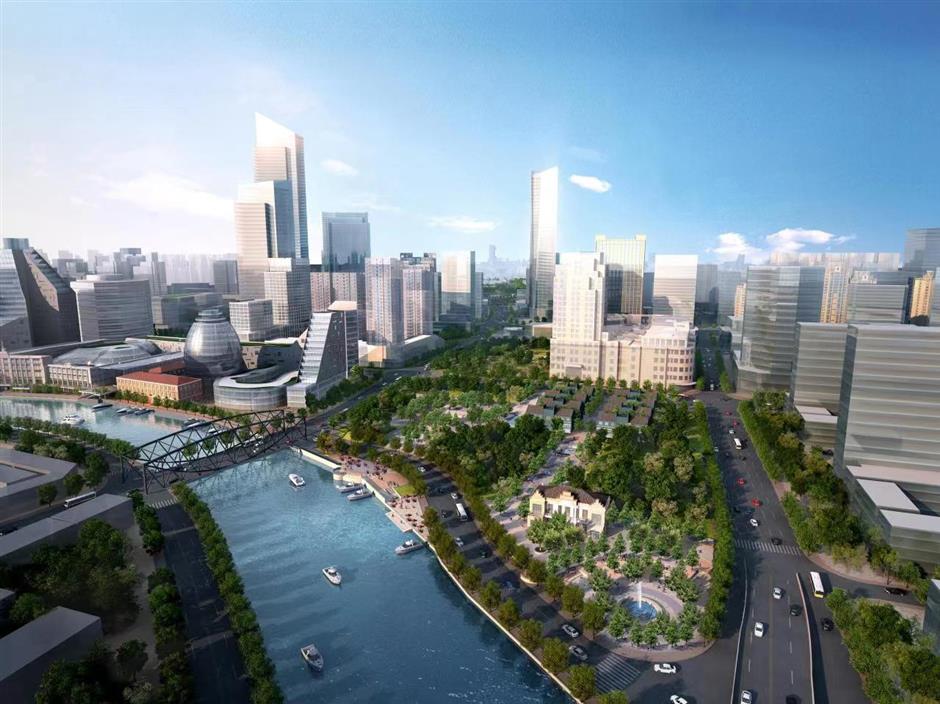 With the buildings ready, the talent to work in them is needed.

Talent specializing in burgeoning industries like cloud computing, blockchain and life sciences are the most wanted.

Hence, a set of favorable measures have been released to attract talent and encourage them to stay, such as solving their various life concerns like housing, education, and medical treatment.

This month, a one-stop online platform to attract talent was established. Called the “Jing’an Talent Butler,” it illustrates and explains the district’s changing talent policy and displays job postings.