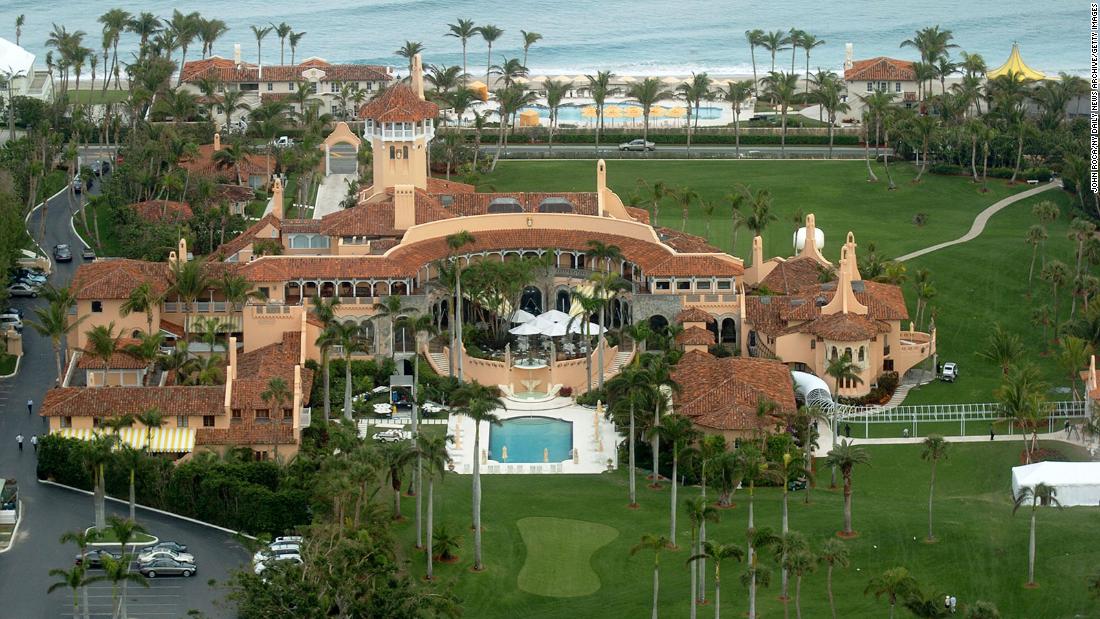 Here’s what you need to know to Get Up to Speed and On with Your Day.

(You can get “5 Things You Need to Know Today” delivered to your inbox daily. Sign up here.)

The FBI executed a search warrant on Monday at Donald Trump’s Mar-a-Lago resort in Palm Beach, Florida, as part of an investigation into the handling of presidential documents, including classified documents, that may have been brought there when he left the White House. The former President was at Trump Tower in New York when the search warrant was executed. In February, the National Archives previously said at least 15 boxes of White House records were recovered from the resort — including some that were classified. Separately, photos have apparently revealed Trump’s habit of flushing key White House documents down the toilet. The extraordinary move to search the home of a former president comes as Trump’s legal problems continue on multiple fronts. Trump is also expected in the coming months to announce he will launch another bid for the White House in 2024.

Various regions across the US are grappling with major damage caused by flooding. Yellowstone National Park flooded in mid-June, followed by torrential flooding in St. Louis and Kentucky — and then this weekend there was flooding in California’s Death Valley. That deluge resulted in numerous landslides that buried cars and cut off roads — trapping roughly a thousand people inside the park. Forecasts are showing that even more flooding is possible this week for the Southwest and portions of eastern Kentucky, where many residents are still left without power and water after the flooding earlier this month killed at least 37 people. Meanwhile, in Seoul, South Korea, at least eight people were killed on Monday due to record rainfall that flooded homes, roads and subway stations.

Up to 80,000 Russians have been killed or wounded during the war in Ukraine, according to Pentagon official Colin Kahl. That number of casualties is “remarkable,” Kahl said, considering Russia has “achieved none of Vladimir Putin’s objectives” since invading Ukraine in February. On Monday, the Pentagon also announced that the US has sent anti-radar missiles to Ukraine, marking the first time the Defense Department has acknowledged sending the previously undisclosed weapons to aid Ukrainian forces. Separately, Russia has notified the US that it will temporarily suspend inspections under a key nuclear weapons treaty, which allows Russia and the US to keep a close eye on each other’s nuclear weapons. This comes as US authorities ramp up their campaign to seize valuable property from those close to the Kremlin.

The average cost of a gallon of gas is down almost a dollar since the June peak, giving drivers some much-needed financial relief at the pump. But some analysts warn that low oil inventories will likely keep prices elevated. Aside from Russia’s war with Ukraine and the sanctions that have disrupted its oil exports, analysts say oil producers are showing an inability — and sometimes an unwillingness — to increase their production. Oil companies in the US are also hesitant to make big investments in extracting and refining fossil fuels as the current administration shifts further toward renewable energy. Gas prices play a major role in fighting inflation, which financial experts say will likely stick around into 2023.

Olivia Newton-John, the Australian singer and actress who charmed generations of viewers in the blockbuster movie “Grease,” died on Monday, according to a statement from her husband. She was 73. The singer revealed in September 2018 that she was treating cancer at the base of her spine. It was her third cancer diagnosis, following bouts with breast cancer in the early ’90s and in 2017. Hollywood icons joined fans worldwide to mourn the loss of Newton-John, including John Travolta who played her character’s love interest in “Grease.” He shared the following emotional tribute on Instagram: “My dearest Olivia, you made all of our lives so much better. Your impact was incredible. I love you so much.”

One day, this adorable baby will learn she went viral for looking like a 61-year-old man. Hilarious! See the spot-on resemblance here.

Sun’s out, tongues out. Watch these pups show off their surfing skills.

Talk about raising the bar! This beer garden in North Carolina holds the world record for most drafts on tap.

Oh baby, baby… the family feud continues. Spears’ ex-husband said their teenage sons don’t want to see their mother, partly because of her risqué social media posts. This was her response.

A church was told to close the curtain after performing “Hamilton” with edited content that included lyrical references to Jesus and Christianity.

Issey Miyake, the Japanese fashion designer whose timeless pleats made him an industry favorite, has died aged 84. He died of cancer on August 5, his office confirmed to CNN today. A funeral service has been held with his family and close friends, his office said, adding that a memorial ceremony will not be held, in line with Miyake’s wishes.

That’s how much land in the European Union and the UK that is currently under drought conditions, according to a new report. The data comes as parts of Europe endure wildfires and back-to-back heat waves, in what is shaping up to be one of the continent’s hottest summers on record.

“One particular word that I should never — under any circumstance — have uttered was displayed on that screen. In the moment, I did not even realize what I was reading and, as soon as I did, I was horrified.”

— Oklahoma Sooners assistant football coach Cale Gundy, apologizing for reading aloud a “shameful and hurtful” word during a film session. He has since resigned from his position. Last week, Gundy said one of his players was “distracted” during the film session, so the coach picked up the player’s iPad and read aloud what he saw on the tablet. “What I said was not malicious; it wasn’t even intentional,” Gundy wrote on his Twitter account Sunday. He did not disclose what the word was, but said he “accepts accountability” for the incident.

The skills and coordination it takes to do this are so impressive. Watch this young man complete the difficult task within minutes. (Click here to view)