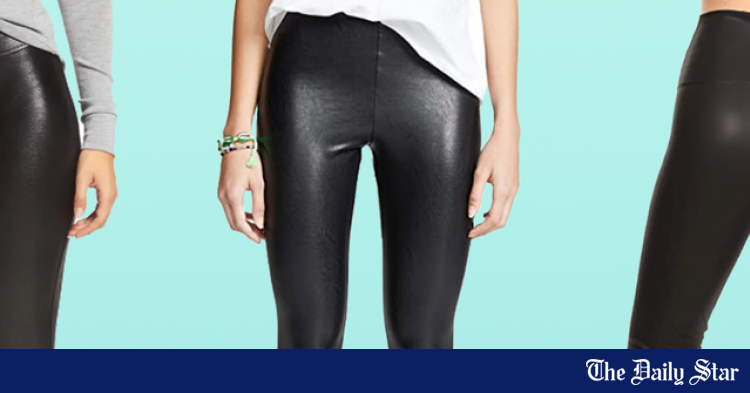 Each of our individualities speak through our fashion statements, representing the choices we are willing to make. This itself can go both ways — not always are the choices we make have the best feedback, and rightfully so. Some aspects of our intrinsic relationship with fashion, its phases and its trends are atrocious than anything else.

Here are four fashion statements that you should avoid at all costs.

These leggings might look fashionable in Instagram pictures, however in person it is quite the opposite. In reality, the leggings look cheap with a plastic like effect on the person. Starting in the year of 2016, it is safe to say that the leggings should not be making a comeback any time soon, or ever in that matter.

Denim is undoubtedly a mainstay in our relationship with fashion since the sixties, with its potential to create a look that is simultaneously casual and bold. Nevertheless, certain people have collectively managed to incorporate denim into their looks that are nothing short of mad experiments. One such look is the denim footwear — a cross between a perfect pair of heels or flats, and denim as the material of it. The result of this is something disagreeable, unattractive and plain unnecessary.

Low-rise jeans have been in the fashion scene since the nineties, a somewhat symbol of easy-going casual wear for women. In those times of experimenting with fashion, and daresay borderline crossing the limits of it, the low-rise jeans became very synonymous with the “liberating” phase of the garments of both men and women. The jeans fail to make any impressionable effect on people, while the constant threat of it falling low enough to show too much is distasteful.

Tie n’ dye t-shirts have also earned a place on this list. These t-shirts with their vibrant slime green, yellow and neon splatters were adopted by an older generation of people from the sixties and the seventies, associating themselves with the symbolism of the peaceful and the free spirited. However, the mixture of several primary colours on a single piece of garment with its nonsensical patterns are a bit too much on the eyes. Tie n’ dye t-shirts look incredible — in the sense that it is incredibly revolting.